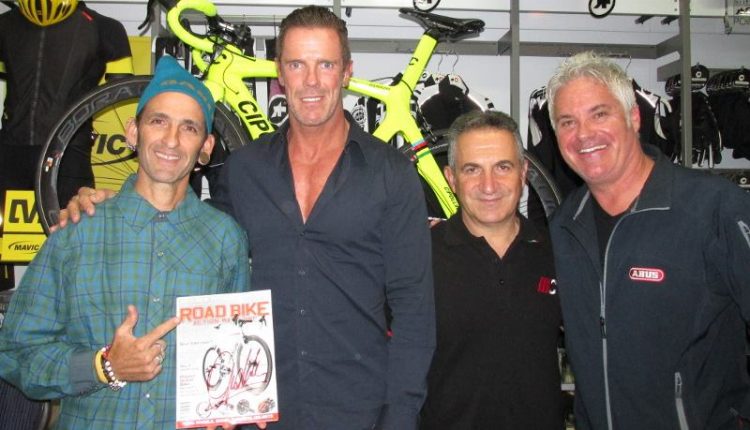 The big news at ast year’s Interbike show in Las Vegas was that after nearly three decades of residence in the Nevada gambling Mecca, America’s premier industry show was pulling up its stakes and moving to…another Nevada gambling Mecca. Yep, next September Interbike will find its new home in the city of Reno, where show promoters are hoping a new skyline and some reduced costs will put a shot of positive energy into the show.

If I was a gambling man, I wouldn’t bet on it, and that has less to do with the show itself than the sniveling, self-defeating attitude of so many in the bike industry who attend. For the life of me, I can’t fathom why so many people seem to enjoy being negative about a three-day show that exists solely to promote the bike industry. And no, that’s not to say the show is perfect, inexpensive or not hard on the feet, but to me, it’s like showing up for your birthday only to complain about the cake!

By day two, the whining inside the show got so bad that I resorted to some semblance of a Mexican Mary Poppins, traipsing the aisles with a positive attitude (yes, me!) and passing out sugar canes (sourced from Cracker Barrel) to all the sourpusses who found some sense of joy in denouncing the show in every way they could.

The most egregious example of these nattering nabobs of negativity came months earlier when Interbike held a teleconference to announce the move to Reno. Literally, within seconds of the new venue becoming known, and before any of the initiatives that both the city managers and Interbike had in mind could be discussed, the social boards were lighting up with negative comments from bike-industry folk. That so many would show such a glass-half-empty attitude was unfortunate.

That these are the same people who get paid to attend, dine on better (free) food than they eat at home, have the chance to get in a few rides and then spend countless hours hanging out with their friends, all this makes their small-minded and self-defeating whining all the more nauseating.

It was obvious that the city of Reno is rolling out the red carpet to the bike industry, and to me, that should be a point of pride for all of us not to snivel. Unfortunately, the show is still closed to the public, which makes the Sea Otter Classic America’s true bike show of the people, but it’s always been the bike industry at large that has kept the public out and not Interbike.

A RETURN OF SORTS
As much as I hate to date myself, I couldn’t help but smile when so many people spoke of the newness to Interbike’s new station in Reno. In fact, back in 1880 or so, the Interbike show was held in Reno, and it was my first bike show I ever attended when I started my journo career at Mountain Bike Action.

The two things I remember most were the debut of some beautiful neon mountain bikes made by the famous tandem company Santana and some strange new road bike shifters that rotated on the end of a drop bar. I was a know-nothing back then, but my cohort was an old roadie, and I recall wincing when he laughed loudly as he rotated the shifters (admittedly with a ton of play between each shift) as the company owners stood and watched. Let’s see, if memory serves correctly, they were from Chicago and, oh yeah, the brand was SRAM. I wonder whatever happened to them?!

BEACH-BUM ORIGINS
Sometimes the summer heat just doesn’t know when to quit in Los Angeles. Here it was weeks away from Halloween and the temps were back nearing the triple digits. Looking to escape the heat, I decided that for my Sunday ride I would forgo a ride in the mountains and instead head west to the beach. It had been a few years since I headed that far west, but the thought of an ocean breeze and temps about 15 degrees cooler was too hard to turn down.

As I was tooling down San Vicente Boulevard, I came upon a family on bikes that made my mind take a ride on the way-back machine to the days when I first rode from Hollywood to the beach as a 6-year-old. No, I wasn’t doing the pedaling myself, but rather getting a ride on my dad’s bike as he pedaled. The only thing was, unlike the contemporary family I came upon with the kid wearing a Lazer helmet and enclosed in a hard-plastic safety seat with a blinking taillight mounted on the back, I made the 40-mile-or-so round trip sitting sidesaddle on the top tube of my dad’s bike sans helmet and holding onto the handlebars for dear life. Crazy, I know, but it was the ’60s after all and, well, the times were different.

Still, with that memory in mind, my first thought was that it was a miracle that I somehow still grew up to like the beach, the bike or, for that matter, my dad! To this day I still can’t imagine what he was thinking by putting me on a bike like that. My second thought was simple—I sure am glad he did.