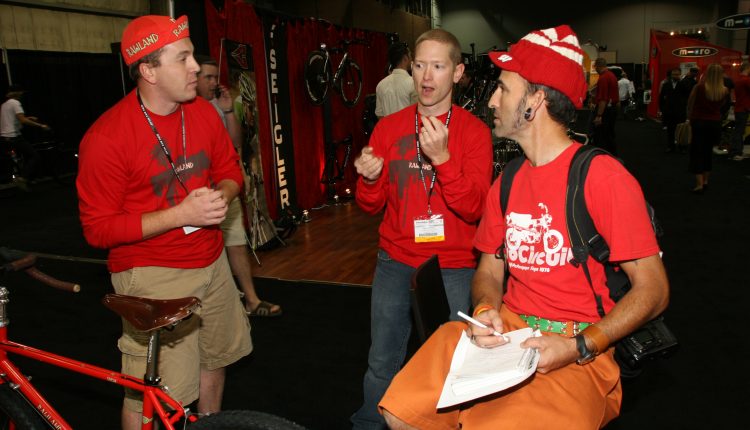 Like some of you, in addition to having plenty of extra ride time, last year’s stay-at-home orders have provided plenty of time to catch up on household chores that were frequently ignored in favor of what else—more ride time! For better and worse, it also afforded me some extra hours to sit in front of the telly. Ah, yes, when all else fails, there is always TV to fall back on to while away the hours.

For as long as I can remember, one of the dumbest bumper stickers I’ve ever seen was the one that implored you to “Kill Your TV.” Really?! Kill the TV?! Por quoi? While it is true that there is an overabundance of truly stupid and inane TV shows, over the years that skinny screen over in the corner of my living room has delivered many moments of satisfaction.

From oldies like Ken Burns’ Civil War documentary to contemporary movies like JoJo Rabbit and, of course, all the sports I need to watch in order to survive—from Formula One and MotoGP to Supercross and all things cycling-related, my mini big-screen TV has left me feeling totally satiated.

On one particular day in May there was an interesting juxtaposition of shows on the ESPN channel, both of which were part of their “30 For 30” series of deep reports on a single topic. Most surprising of all, while both shows centered on cycling, they couldn’t have been more disparate and yet simultaneously related.

The first was titled Slaying the Badger, which was a look back on Greg LeMond’s arduous ascension from his days as junior world champion in 1979 to the internecine battles with his La Vie Claire teammate Bernard “The Badger” Hinault as the two fought over the Tour de France glory they each thought they deserved. From the frank interviews with all the main players to remarkable race clips, this was a jewel of a film that reminded me of the value of storytelling.

The film that came two hours later was simply titled Lance, with really nothing more needed in the title to inform the viewer whom this was about. It had been seven years since the Texan appeared with Oprah where he first came clean on the ruse he perpetuated the world over about his doping. But now, apparently, there was more to tell.

“Even though he rode on 30mm tires, Sam was convinced that not only did he need to run 105 psi, but that they had to be topped off daily.”

From the people I talked to right out of the gate, they were left seething over Lance’s initial admission—that the truth he was about to lay out was not the truth but his truth. I guess it was kinda like a Texas version of “alternative facts”?!

Between the dueling sagas of America’s two most famous bike racers, I found the LeMond story far more entertaining, informative and ultimately trustworthy. More than anything, I was just appreciative to ESPN for putting together the effort behind stories on cycling, especially these days when the only bike racing there is to watch is from years gone by.

As is the case whenever any group ride gains a new member, Sam was the newest rider to the group, and when it came to his “rules of the road,”  they quickly became fodder for much group-ride discussions.

Although Sam couldn’t be considered an authentic back-in-the-day cyclist, he had obviously been gotten to early on by some old-school dawgs. His need to maintain tire pressure was one topic that caused some chuckles. Even though he rode on 30mm tires, Sam was convinced that not only did he need to run 105 psi, but that they had to be topped off daily. Even after relying on the most advanced form of checking the air pressure (pinching the tire with my fingers), I could never assure him that his bike was ready to roll without re-inflating, so out would come the floor pump. If anything, he could’ve—and should’ve—been happy to lose some poundage, as 105 psi was about 30 more than he needed.

Once, while out on the road, Sam became deeply offended when I got a flat tire and flipped my bike over so that it rested on the hoods and the back of the saddle to access the rear wheel. He railed that no proper bike mechanic would ever do such a thing. I figured whether that was true or not, I wasn’t about to lie my bike (with dangling chain) in the dirt.

As temporary of a supposed sin as it was, despite fixing the tire and getting the bike back on two wheels within minutes, Sam remained irritated for the rest of the ride. Really?! So, on this last point—bike upside down or on its side? The jury is still out; what say you?