Dealing with first-timers, newbies and screamers 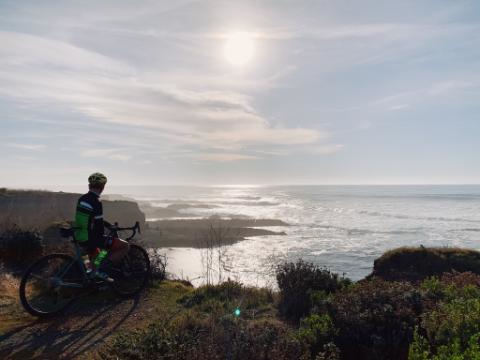 (excerpted from the October 2020 issue)

As has been widely reported, one result of the COVID-19 pandemic has been a surge in new-bike sales. In desperate search for some outdoor activity, Americans went bike-crazy this past spring, which is a good thing. Unfortunately, the same pandemic that drove people to start riding was also the reason that the supply chain was left heaving and incapable of supplying the demand. If I had a dollar for every time I was asked if I knew where to score a cheap bike for a friend, I could’ve sponsored Troy and David at Chick-fil-A for a solid month!

Even though RBA’s existence relies in no small way on the health of the bike industry, I would happily trade all the empty dealer floors for a return to pre-pandemic normalcy. Admittedly, though, the sight of so many families and first-timers out on the roads and bike paths was fraught with both smiles and head-shaking moments.

THE COMMON PROBLEMS
In a nutshell, there were two—those riders who simply didn’t know how to ride all that well (as in when to signal, look behind them or what the proper gear to use was) and those who had a basic understanding of how to pedal, but were doing so on bikes that were so unmaintained it had to make them dangerous to even be out on the road.

Although my riding partner Tommy and I are unlike in many ways, one trait we share is a willingness to always pull over when we see a fellow cyclist on the side of the road to inquire if they need help.

“Admittedly, though, the sight of so many families and first-timers out on the roads and bike paths was fraught with both smiles and head-shaking moments.“

On one particular day we had already stopped to aid a kid who had dropped his chain and couldn’t get it unstuck from under the chainstay. Next, we saw two riders pushing their bikes on a bike path. It turned out to be a father and son, and the kid had just flatted. Dad was astride the same Schwinn Varsity that he received some 40 years previous as a 10-year-old (only now it was sporting a sweet pair of ape hanger handlebars), and the kid was riding his mom’s mountain bike that was about two sizes too small.

They had no idea how to fix the tire and still had a 5-mile walk ahead of them to get home. While Tommy did his best imitation of a NASCAR pit crew, I looked over Dad’s bike, which, like his kid’s bike, was a rusted-out wreck that obviously hadn’t been maintained in years. After putting the kid’s wheel back on, I noticed that his brake pads were loose. Good grief!

As I tightened the pads, I did my best to gently convince Dad that, in the interest of their safety, he should take both bikes to a local dealer for a once-over. As we rode away, I also reminded him that a helmet would be a good investment.

AS FOR THE OTHERS
Throughout our many COVID-era rides, Tommy and I have been on a mission to see how many times we can spot the new riders and/or old bikes and mutter aloud, “I think I’ve seen it all!”

On more than one occasion we’ve spotted parents riding with their young kids and all wearing masks. Safety first, right? Only, none were wearing any helmets. Nice!

Worst of all was the mom trying to compel two twin kids (no more than 5 or 6 years old) to pedal their micro-bikes up the climb coming out of the Rose Bowl. It’s an easy 9-percent pitch, and as they swerved back and forth over the double yellow, the mom yelled at them to keep going while she filmed them with her phone. And no, neither was wearing a helmet.

And then, just as we were finishing our ride we waved at another cyclist (wearing a mask) going the other way; instead of waving back, he only let out a muffled command, “You’re supposed to wear a mask!” Actually, when out exercising, we all get a pass, which is what I hope we all get when it comes to the coronavirus.

LAST…
As always, ride often and ride safe, but, more important, if you know someone just getting started, be a good friend and take some time to look over their bike and review the basics of safe riding. We’ll all be grateful.