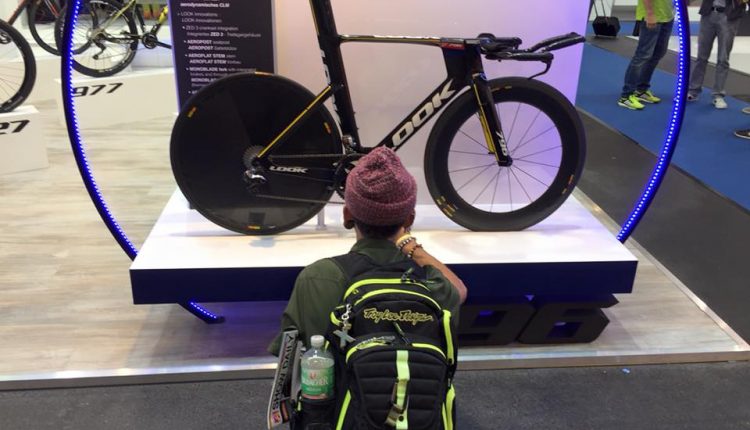 As much as the bike industry has been plagued by the pandemic over the last two years, it has not been any less impacted by what some see (metaphorically) as another type of virus—industry consolidation. And, as much as bike-industry comings and goings may not be of interest to recreational riders who just want to ride, they may in fact play a role in how consumers are able to consume.

CONSOLIDATION IS KEY
Case in point, Pon Holdings is a Dutch conglomerate that, in addition to a wide variety of automobile investments, also controls a host of bike brands like Cervelo, Santa Cruz and Focus. Oh wait, they recently purchased key players Cannondale, GT and Schwinn from the Canadian-based Dorel Sports Group. In addition to all the bike brands they’re buying up, Pon has also been purchasing some big-name bike dealers to better secure floor space for their bikes, which have been increasingly locked out by the many factory stores owned by Trek and Specialized.

Pon’s jump into the retail game brings a new level of “Westside Story” drama to the age-old rivalry that’s existed between Specialized and Trek (you can choose who best represents either the Jets or the Sharks in that one!).

“Shopping at a factory store is no different than shopping for a new car at the local Toyota, Ford or Subaru dealer. Sure, you’ll have plenty of different models to choose from, but not a choice of different brands.”

Funny to consider that as we sit here in 2022, there’s a major turf war going on for dealer floor space. This despite all the talk among stalwart e-commerce fans that the age of brick and mortar was doomed and had long ago passed! Easily, there is more than enough juicy irony to be found in the on-going battle among the biggest bike brands to invest in and control more bike shops—long live the local retailer!

FLOOR-SPACE FISTICUFFS
In discussing all these goings-on, I heard one much wiser industry insider opine that a key reason for the escalation in acquiring more dealers is simply a desperate effort of the major brands to ensure bike sales given their failure to mount an effective response to the “quiet German” lurking on the internet. Yes, I’m talking about Canyon Bicycles. In completely upending the retail game as they have, the consumer-direct brand has shown Trek, Specialized, Giant and the Pon Group incapable of mounting any comparable defense.

If that critique is to any degree accurate, I wonder, is there any bigger irony than a successful internet-driven bike brand being the root cause of retail dealers finding a new lifeline?

Of course, there is an important distinction between an independent bike shop and one of these factory-backed stores that every curious consumer should be aware of. Where the former relies on a wide choice by stocking their floor and shelves with a variety of brands, the factory stores do just the opposite. Shopping at a factory store is no different than shopping for a new car at the local Toyota, Ford or Subaru dealer. Sure, you’ll have plenty of different models to choose from, but not a choice of different brands.

NOT JUST FLOORSPACE
Beyond the bike brand battles, last year also saw a continued dash by event operators to scoop up a multitude of privately owned rides and races. While the first big purchase was when Life Time bought Dirty Kanza in 2019, from small gravel events like the Crusher in the Tushar to the massive Sea Otter Classic, “owning the experience” side of the sport became a new type of Monopoly game.

Happily, aside from all the big-money power games, the industry continues to be filled with die-hard cyclists/entrepreneurs like Anne He’d (from Hed Cycling), Blake Taylor (from SLF Motion) and Zach Lambert (from SoCal’s Luft Bike Shop), each of whom bring a unique story and vision to their business, which in turn can have an impact on each of our own two-wheeled experiences.

On a personal side, I can’t help but recall the impact of Steve Hed’s passing in 2014 was enough to jolt the entire industry. He was a genius visionary and philosopher whose original talent lay in making bikes go faster.

And yet, amid all his wind-tunnel and Tour de France success, his most memorable quote to me came as he extolled a personal shift away from all things aero to all things experiential. “If,” he posited, “riding a bike is as great as everyone says it is, why do we spend so much effort trying to go faster and make the ride end quicker?!” Brilliant!

MEET US AT THE SEA OTTER CLASSIC