And a quick note to our advertisers 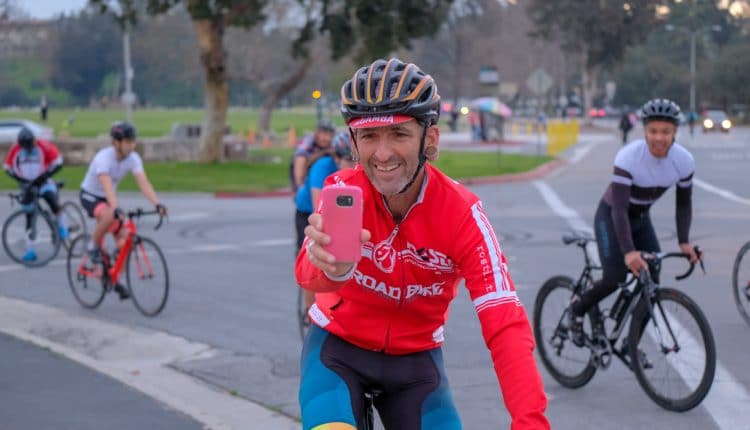 First of all, I can’t lay down another sentence before I first give a nod of respect and celebration over the fabulous results achieved by American cyclists at the 2019 World Championships. For all the talk over the years that America has no qualified feeder system, no up-and-comers and no potential stars in the making, well, it’s time to correct such notions.

At the recent UCI World Championships held in England, America not only came away with the second-highest medal count—six—but three gold medals, one of which went to the amazing Megan Jastrab in the Junior Women’s road race, one to Quinn Simmons in the Junior Men’s road race, and one to Elite Woman Chloe Dygert for her smashing performance in the time trial.

While much of the spotlight deserves to focus on the athletes themselves, it’s worth a moment to point a flashlight or two at those who played a role in helping them make it happen. In a coincidental nod to the past, two of those people happen to be former teammates on the 7-Eleven squad back in the late ’80s.

One is Roy Knickman, a professional firefighter who also manages the Lux racing team, which helped put many of America’s top junior riders into place as world contenders. The other is USA Cycling’s Director of Elite Athletics, Road and Track Jeff Pierce who, in addition to his managerial role at the federation, was also the guy behind the USA composite team, which commanded so much respect and attention at last year’s Amgen Tour
of California.

In addition to Roy and Jeff, there of course are also the teammates, mechanics and support crews, which also include the parents. I was stoked to get some time with Quinn’s father Scott (page 50) to get a sense of the personal side to Quinn’s upbringing that made him the champion that he’s become.

As the group of us sat shaking in the morning cold, waiting for the prescribed hour for the weekly ride to roll, a guy next to me asked, “So, does the group ever stop and wait?”

It was about the dumbest question that someone could’ve asked. “The Montrose ride wait?!” I thought to myself, “Not a chance.” However, since the query came from such an obvious place of innocence, I couldn’t help but take kindly to the obvious first-timer and reply with the bad news, “Nope.”

I next inquired if he had GPS in case he got left behind, and he said he did. As we started to roll from the Trader Joe’s parking lot, all I could do was inform him that the ride splits at mile 20 for either a short or long route and then wished him luck.

Over two hours later as I parked myself on the curb in the finish town of Sierra Madre, I looked up and saw the guy roll in. He made it! I shouted out congratulations, and he just smiled, raised his fist and rode away.

Most ironic bumper sticker: Every once in a while I happily retreat to the quieter roads of Griffith Park to escape the traffic madness encountered throughout the city. Although still open to car traffic, the park roads maintain a sedate and bucolic pace. However on a recent ride, a lady driving a Suburban cut into my lane around a sharp turn, just about taking my nose off. What the?! As the white behemoth passed by, there it was, a bumper sticker that read, “Keep extra distance. Twins aboard.” O

h sure, worry about the twins inside the steel tank, but forget about the vulnerable cyclist!

“For all the talk over the years that America has no qualified feeder system, no up-and-comers and no potential stars in the making, well, it’s time to correct such notions.”

Most ironic epithet: There I was, descending at 36 mph down the serpentine Chevy Chase descent in the drops and fully committed. As I peer down the road, I can see a car approaching and suspiciously veering towards the center line when, sure enough, he makes an early left turn directly in front of me. As he’s cutting diagonally across the road to get to his desired exit, I hit brakes and yell out loud and frightened, “Hey!!!” His response? He yells back, telling me where to go. Really? He almost kills me and I’m the one getting cursed out?!

As I have alluded to here previously, for the last two years, as advertising budgets for print have continued to fall away, the cycling media has been in a state of conflict with the rise of PR companies who have consumed bike-company marketing budgets by acting as the intermediary between the bike brand and the pool
of journos.

Following the release of our May issue, which acts as our annual Euro issue, I got a call from the slime who railed against me because I failed to chase him down for info on his products. Yeah, I mean, how dare I not take it upon myself to reach out to every company that lacks the wherewithal to do their own marketing to help publicize their wares.

When I told the PR guy I was going to have to cut our meeting short, his response was as surprising as it was stupid. In an incredulous tone that seemed almost accusatory, he replied, “Oh, I know how it goes. You have to go spend time with someone who advertises with you.”

Um, yeah. And, should it really come as a surprise if I choose to spend time with someone who is helping enable this magazine to exist versus trying to meet the expectations of a PR flack looking for free exposure for a brand that doesn’t do anything to help RBA exist?

Zap’s Column: The Need For A Good Wrench