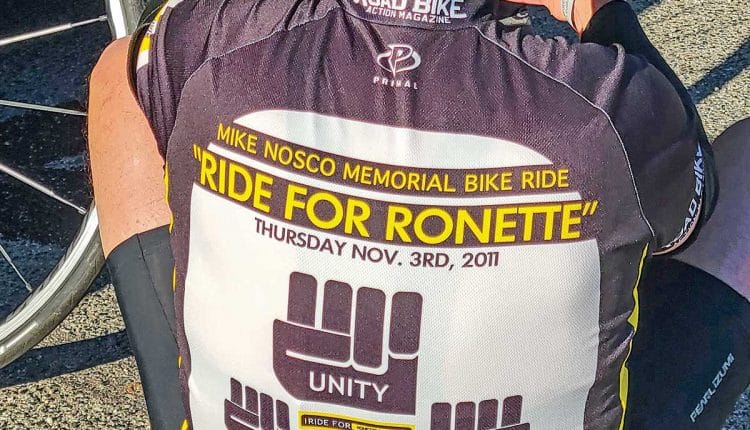 Who would’ve thought that a well-meaning social ride that started 15 years ago with about 12 riders would someday grow into a massive group ride of international acclaim? Such has been the evolution of the Mike Nosco Memorial Ride that was started by Mike’s older brother Jack. In fact, I doubt that even Jack himself ever thought the ride would grow like it did, but herein lies the value of having unassuming expectations, especially when it’s predicated entirely on goodwill.

As the name implies, the ride was started as a memorial effort by Jack after his brother Mike was killed in a car accident. Like Jack who was a fireman, Mike, too, was imbued with a sense of duty, having served two military tours in Iraq. And although he knew not that Mike was involved, Jack first learned of his brother’s accident on a radio call for emergency service. In the days that followed, Jack took his grief out by pedaling up and down the steep roads in the Santa Monica mountains.

However, one day the idea came to Jack to make something more out of his solo rides, so he decided to get some friends to join him on a particularly tough 80-mile loop for the express purpose of raising funds for the son of former 7-Eleven and Coors Light team rider Roy Knickman, who was suffering from debilitating cancer treatment. The idea was for each rider to kick in $100 and, if possible, try to raise any additional funds from sponsors. As Jack tells the story, the day after the ride he and his daughter rode over to Roy’s house where they promptly spilled $15,000 out onto the living room floor! And from that moment, the annual Mike Nosco Memorial Ride (MNMR) was born. 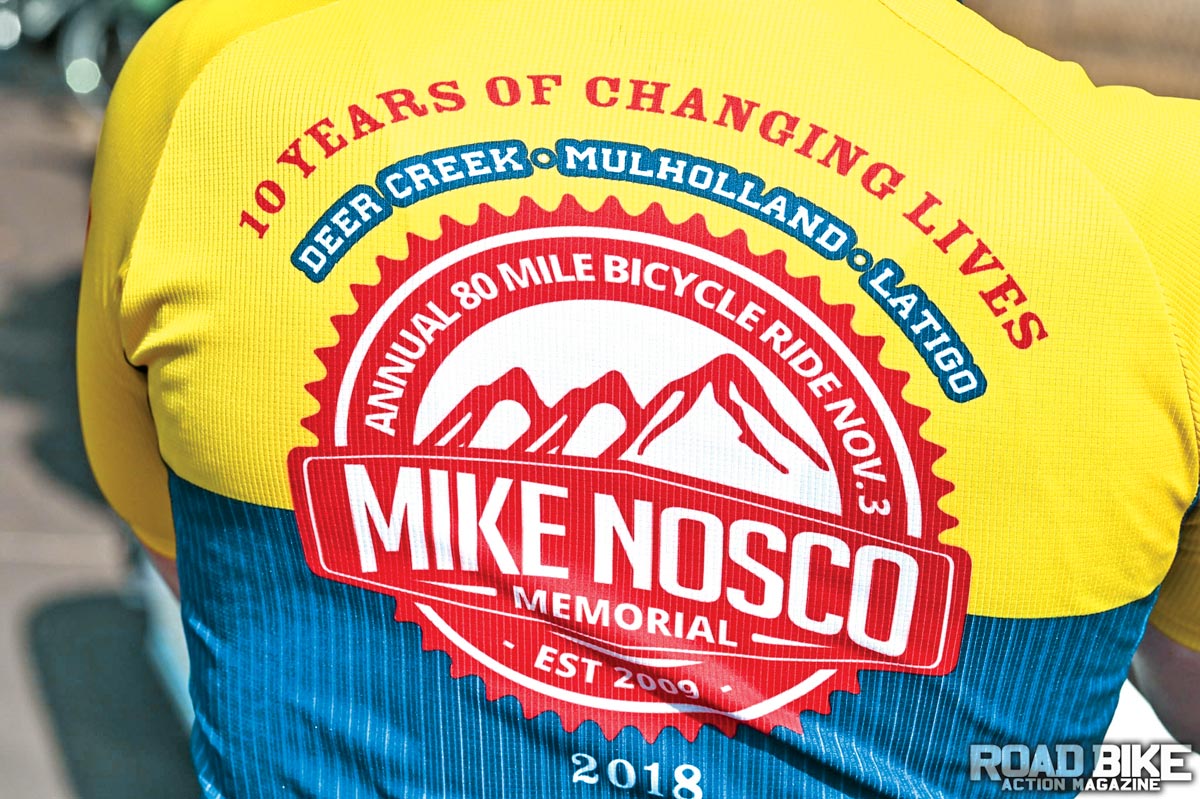 It’s a funny thing about the MNMR that some of the best moments of the day are found when many of the attendees are crying. Those are the moments when the reason we’re all gathered together is most clear. Sure, we all want to ride with friends, have some fun and get some fitness in, but the real reason we ride is in remembrance of those not able to ride and those no longer with us.

Regular readers will know that the Mike Nosco ride is an annual occurrence for the RBA crew. Not just because it’s local, but, for me at least, because it is personal. Back in 2011 I lost my wife to cancer, and her struggle set in motion Jack dedicating that year’s ride to her. It was called the “Ride for Ronette,” and she was elated to learn of the effort. Unfortunately, she didn’t live long enough to see it take place. My daughter and I were (and remain) touched by the turnout that day, which included hundreds of riders from both in and out of the bike industry.

“Yes, cyclists and cycling are special, and the effort that both goes into and comes out of the Mike Nosco Memorial Ride is all the proof I need.”

No matter what day of the week it is, the Nosco ride always takes place on November 3, which was the day that Mike was killed. While Jack listed off the names of the 2022 recipients, I sat on a curb with my head down, once again overcome with emotion. But, my tear-laden eyes were not just out of my own sense of sadness but in thinking about all the recipients and the struggles that they were enduring. And, that’s just what Jack wants to happen. The grief that Jack still feels over the loss of his brother is evident. His stated goal before each ride is for everyone to suffer on the climbs so that we can find a place of solace and accompaniment with those not lucky enough to ride with us.

What also makes the Nosco ride special is that it costs nothing to participate in. And, in this day where many group rides cost upwards of $300 to participate in, that is something unique! In fact, all it takes to enjoy a marked route with neutral support, well-stocked sag stops, and a sumptuous post-ride feast is to sign a release waiver and take your place in the group. Everyone working the ride is a volunteer, and all the schwag and food are donated; in short, the essence of the Mike Nosco ride is not to take but to give. The one thing that Jack hopes each rider brings, besides a positive attitude, is a donation, because 100 percent of the monies collected go to ease the medical and financial burdens of the recipients.

From the days when the ride gathered a few dozen riders to the pre-COVID heydays when over 1000 riders gathered, the MNMR attracted cyclists from all over the world. Last year’s ride was the first post-COVID running, and there were just over 500 riders. As always, Jack was both as ebullient and enthusiastic as ever. The day itself was picture perfect (page 80), and like always, along with the tears, there was an abundance of smiles. Throughout the day I would see riders wearing any one of the special tribute jerseys from each ride that added to the moments of memory and reflection.

In a realm of various topics, I’ve often alluded to both the bike industry and the sport of cycling itself as being something unique and special in the world. Maybe even—gasp—a bit precious! While I can’t speak to other sports, the annual Nosco gathering is the one day of the year when I feel most assured of my bias. Yes, cyclists and cycling are special, and the effort that both goes into and comes out of the Mike Nosco Memorial Ride is all the proof I need.