Are all things what they appear to be? 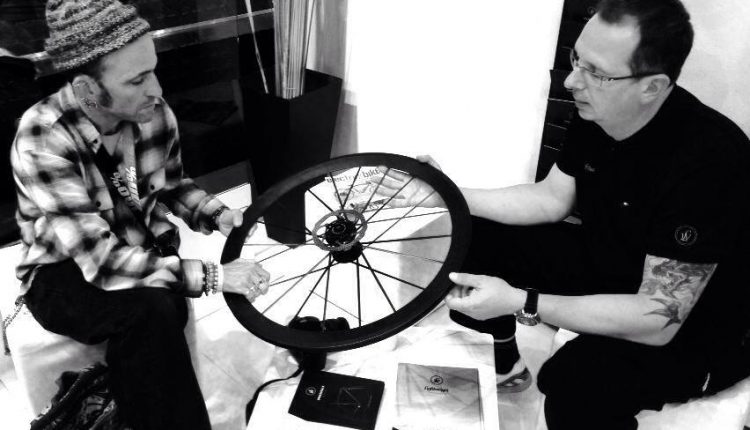 Year after year, month after month and day after day, between the magazine, website, and social sites, we pump out a lot of words about bikes and bike riding. And between all the bike and product tests, feature stories, tech tips and personalities, there are a lot of different topics to cover—some that entertain, some that humor and, hopefully, some that can make a difference.

Every once in a while, though, a story comes along that can actually make a difference by “moving the needle” in the sport. In this issue you will find such a story—“Tubeless Gone Wrong”—that I feel is one of the more important stories we’ve published, because what we learned from it can make for a safer ride for all of us.

It all started when Troy, minding the tech details as he always does, became curious as to why Specialized was suddenly backtracking on the tubeless capabilities of their newly released Roval wheels. It was right around the time that they were touting Julian Alaphilippe’s Tour de France stage win using clinchers with—gasp—inner tubes!

Quickly, one thing led to another, and Troy was soon onto something. Knowing Specialized’s crafty sense of marketing savvy well, the Alaphilippe story was what struck me. “What’s the angle,” I wondered? By pushing Julian’s well-deserved victory, it turns out that it was not so much what Specialized was pushing but what they weren’t pushing—namely, the tubeless capabilities of their Roval wheels.

While Troy began to employ his best imitation of a “60 Minutes” investigation, I chased the Alaphilippe route and spoke off the record with an industry wheel experts about Julian using old-fashioned inner tubes. Why would
that be?

“I couldn’t help but snicker thinking about how another baked-in roadie truism (like running high air pressure) was simply no longer the case.”

His explanation only brought a wry smile: “Well, in simple terms, we have enough data to prove that running inner tubes is faster than a tubular, and tubeless is faster than them both. They can’t use tubeless and won’t use tubulars.”  Wow!

Keeping in mind all the finger-wagging from so many old-timers and uber-road geeks over the years about the superiority of tubular tires over all others, I couldn’t help but snicker thinking about how another baked-in roadie truism (like running high air pressure) was simply no longer the case.

Next, I chased down long-time wheel producer Boyd Johnson, who also emphasized concerns about the state of play with road tubeless, especially in the context of using hookless rims.

And as I related to Boyd, I felt the story was especially important to flush out—if only because we have been using and touting road tubeless for the last few years—but now, there’s obviously the need for some added attention to the details. As such, before you think about going tubeless, I encourage you to read our report (page 66) to better understand all the critical elements that go into providing a safe ride.

When I first heard that Campagnolo was working on a gravel-specific drivetrain, I smiled and shuddered at the same time. Smiled, thinking if the oh-so-venerable house that Tullio built saw the sense in going down a dirt road, surely then even this most grumbly of gravel detractors would have to admit that off-road riding with drop bars was the
real deal.

Smiled, too, when an insider touted Campy’s upcoming 1x drivetrain, which reminded me of a moment some five years ago at the Campy 12-speed launch in the Canary Islands. It was at the intro dinner where I sat next to company founder Tullio’s grandson Davide, and he asked what it was that I thought was missing from the Campy catalog. “A 1x drivetrain,” I replied matter-of-factly.

Davide looked at me, and then others at the table, and paused. “But, Zap, I just flew you over to the Canary Islands to show you our new front derailleur!”

“Yeah, well,” I answered as understandably as I could, “but you did ask!”

I shuddered, because long before that dinner when Davide was just a child, I had met his father in Moab, Utah, in 1989 to partake in the town’s annual Fat Tire Festival so he could see firsthand what this strange American creation called “mountain biking” was all about.

You see, Campagnolo had just introduced their Euclid mountain bike group and, well, to put it nicely, besides costing the company a fortune to produce and market (with a handful of race teams), it just wasn’t any good. In short, it was a definite sour note in the sweet song of Campy’s road bike legacy.

But, for the company’s second off-road effort (page 48), I am happy to report that the venerable Italian brand has kept it simple and done well. It seems that just as they were the last in line to introduce a disc brake
(which proved to be the best), Campy sat back, and learned about the function and needs of a gravel-friendly drivetrain before arriving at the dual-purpose dance.

Already a big fan of their disc brakes, double-curve brake-lever design, and shifting function, the new Ekar group’s 13-speed cassette and single chainring together perform an aria that I would be happy to sing along to as I plan to roll through Emporia, Kansas, next June.