Zap’s (Not a) Pre-Tour Not Blog 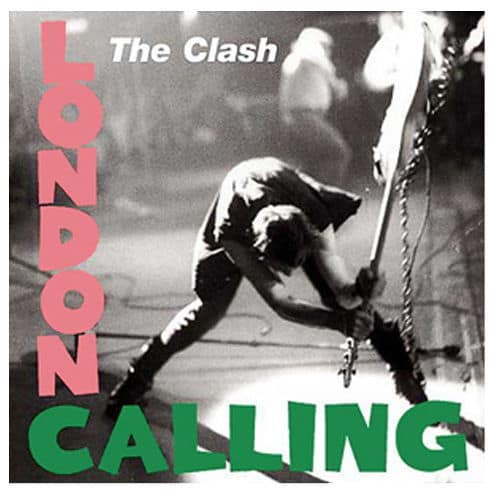 Well here it is folks, time for another July, which of course means, it’s time for another Tour de France. I know this sounds stupid, but although I am sooo very far from being an authentic Tour veteran like John Wilcockson who has attended every Tour since about 1907, I’ve actually lost track of how many times I have been at the start of Le Grande Boucle’. I think this is my 8th TdF.

Regardless, for the last week I’ve been trying to share in my excitement about the Tour on the RBA Facebook page and I’ve been a tad dismayed at all the “nattering nabobs of negativity” who have been dis’ing the Tour as if it were just some big waste of time. While it can accurately be argued that the century old bike race is indeed a tad more bloated that the local criterium, let me just add this fact – IT’S THE FREAKIN’ TOUR DE FRANCE!!!!!! 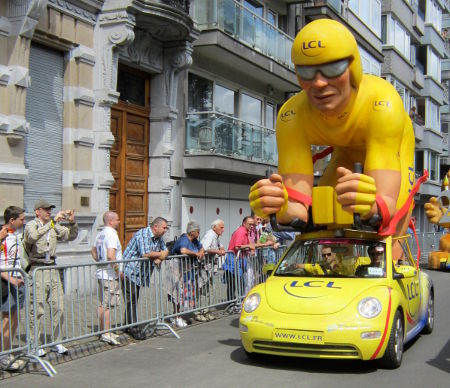 Add to that my sneaking suspicion that everyone harping on the annual three week sojourn through France has never actually attended it in person, and you have little more than the usual collection of social media bitters who find a sense of joy & superiority in raining on other peoples’ parades. Look, I know that actually engaging in something isn’t a prerequisite for having a critical opinion of it, but I am just here to say, unless you’ve seen the Tour de France in person, you have no way of forming a accurate opinion. In short – THE TOUR DE FRANCE IS TOTALLY OUT-OF-THIS-WORLD COOL!!!!!!!!!!!!!!! 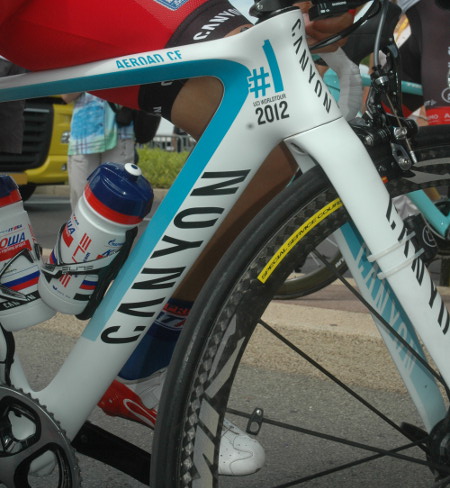 Okay, moving on. So here I sit in a London hotel room on July 1, the night before the big unveil of Trek’s new race bike. Rumor has it that it’s a super lightweight (sub-12lb.) road bike with the rear brake back on top of the seatstays (where it belongs). Time will tell and part of the reveal will include a ride on a portion of the route for Saturday’s opening stage.

Following the ride, my trusty, annual, Tour companion Tim Maloney and I will hit the road and head over to a big bike launch with Canyon who will be unveiling their new Aeroad that will be raced by Joaquim Rodriguez. Rumor has it that I might also get the chance to have a one-on-one sit down with the two-time UCI #1 rider.

Friday is the first actual crazy day when Tim and I head to the Tour de France headquarters to get our media credentials (and probably get into our first argument with a Tour official). Following that stint of annual insanity, we’ll hit the road once again, only now with the team hotel list so we can chase team bikes and all the latest in Tour tech. 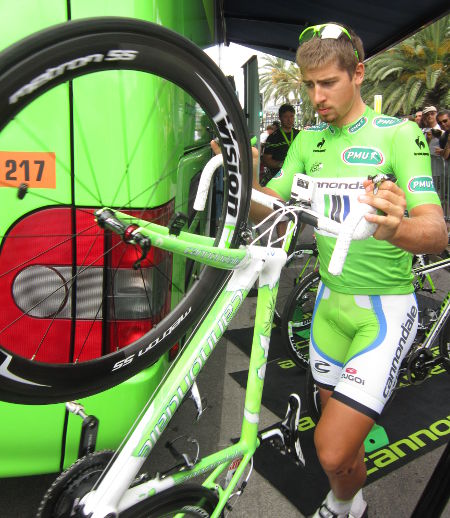 Look for team Cannondale to take the custom painted Evo frames a step higher by breaking-out custom, individually painted frames for each rider this year. 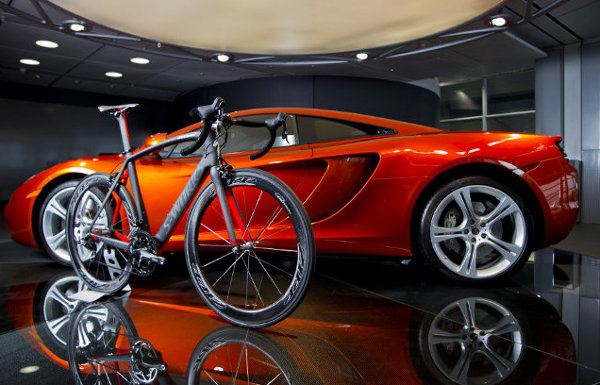 Rumor has it that on Thursday Specialized will be rolling out a VERY exclusive McLaren version of their new Tarmac over at the Formula One race team’s HQ. The bike is rumored to eventually be a retail item (like the McLaren Venge (above) only with a retail price in the $30,000 range. Is that possible? Hold on to yer horses and we’ll all be finding out soon. There was even word that two riders will be competing on the bike in the Tour. Stay tuned!

NOT ON THE MENU 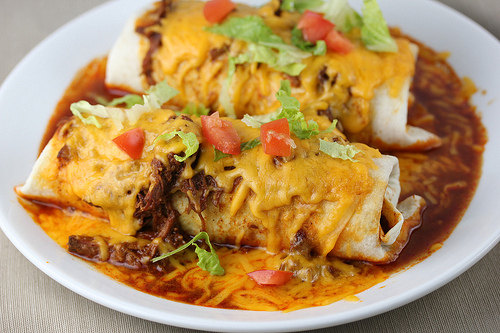 Sure I’ll be in England at the Tour…what’s to eat? Bangers & mash? Tandoori chicken? Whimpy Burgers? All the above, but what I won’t be having is the Food of Kings…and no matter where you live in America, this is a list you should never travel without – The Best Burritos In America.

No, this year’s Tour de France isn’t the first time that the Le Grande Boucle’ has visited the British Isle, but it’s the first time it’s done so with me on the sidelines. While no doubt there will be similar attempts across the Internet to slide a London Calling theme into one TdF story or another, given that (front man) Joe Strummer is one of my personal saviors (next to Roger DeCoster and my daughter), I feel especially compelled to strut my Strummer fixation.

How does any of that relate to you? Well, since it’s the collection of thoughts about both the bike race and The Clash that remind me about the great things in life worth celebrating, what better way to mark the occasion than giving away some free stuff?! 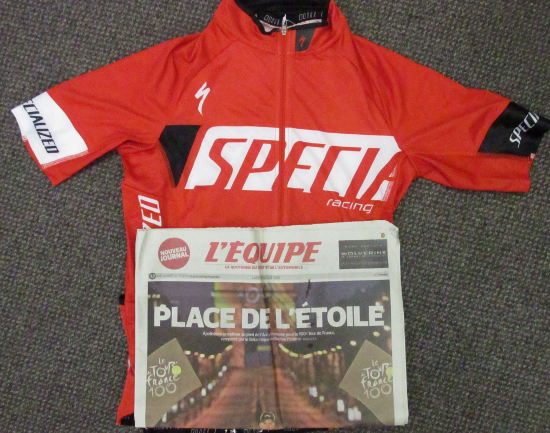 Last year I was a guest of Specialized Bicycles at the Tour for a few days of riding and race watching. The trip ended with an evening watching history being made as the riders fought under the lights on the Champs Elysee for the final win. It was awesome. Along the way I received a nice bag-o-Specialized schwag – which I just found two days ago when we were cleaning the RBA office. But now that it has re-seen the light of day, it’s time to pass it on. So the full Specialized kit (shorts, jersey, arm & knee warmers and gloves) will go to the randomly chosen entry who:

1. Correctly picks the highest place Specialized rider on Stage 1 and/or
2. Wows me with what it is about the Tour de France that inspires you to ride?
3. What’s your favorite type of burrito?