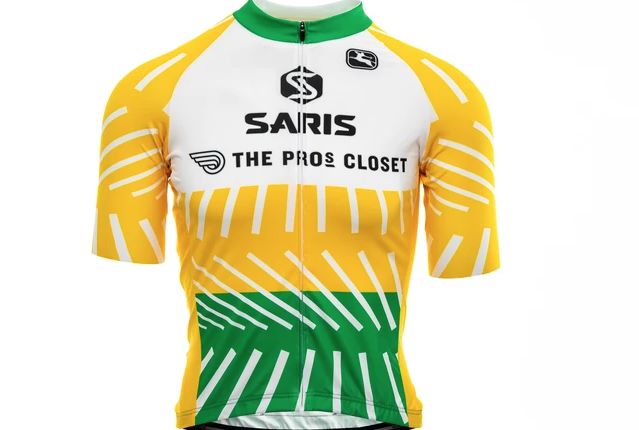 Elite Zwift racing team, Saris + The Pro’s Closet announced the expansion of the squad with the addition of a 10-woman roster set to begin racing today at the Virtual Tour De Boudicca, an all-women’s three-day stage race taking place July 24-26.

The Pro’s Closet, the world’s largest and most trusted brand in pre-owned cycling gear, today announces the addition of a women’s roster to their successful Saris + The Pro’s Closet elite Zwift eRacing team. With events like the Virtual Tour de France and Virtual Tour of the Gila showcasing the rapid growth of eRacing, The Pro’s Closet aims to support women’s cycling at the highest levels.

Ten new elite female racers from across the globe will be added to the Saris + The Pro’s Closet team, including Christie Tracy, 2019 USAC USA Masters National TT Champion, and newcomer Shanni Berger from the Israeli National Team. The women’s team kicked off their virtual season with a strong 2nd place result in the Team Time
Trial at the Virtual Tour of the Gila.

“The value placed on equal opportunity and coverage for women’s racing in eSports was a major motivation behind introducing our first virtual race team,” said Matt Heitmann, from The Pro’s Closet. “It’s going to be a big season for the entire STPC team, and we look forward to what the future entails.”

The recent addition brings the Saris + The Pro’s Closet team to a total of 22 racers, including Holden Comeau, Zwift National Champion, and Caroline Murray who is currently the 4th ranked female racer on Zwift.

“One of my biggest goals with this team is to help develop the sport of eRacing,” said Real. “It’s a new sport that’s changing and moving forward every day, creating new opportunities in areas where traditional racing has struggled. We look forward to helping shape the future of eSports.”

Today is the day! The @saris.proscloset women's squad is tackling Stage 1, the Team Time Trial, at the @tourdeboudicca. Our start time is 1:15pm CT, make sure you tune in at @zcommunitylive on Facebook or YouTube and send us some ride ons on @gozwift along the way! . . . #womencycling #womenracebikes #esports #zwift #zwiftracing #knownobounds #cycling #womenonbikes #bikes #womeninsports #tourdeboudicca #stpcwomen