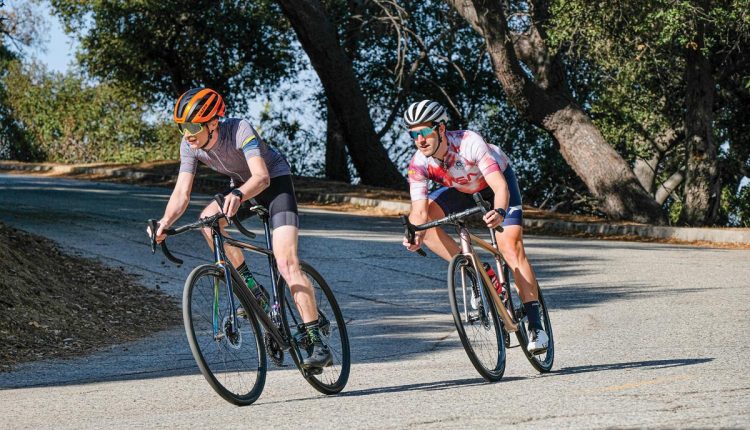 Yes, it is safe to say that in Road Bike Action’s  decade-plus existence more road  bikes have passed under our editors and  test riders than any other print or digital entity that talks about bikes. And we believe it’s that legacy which can best provide consumers with a level of confidence and comfort in relying in our opinions.

As the trio of RBA editors recently sat around thinking about what new test bikes were were expecting to ride this year, the question arose – what were some of the best bikes that we’d already tested?  And so it was decided right then and there to come up with our respective lists of what our favorite test bikes were.

Kicking of the trilogy of editor’s best test bike choices is Zap with this penchant for Euro brands obvious for all to see. To find out what bikes made  the “best of” lists for Troy and David, stay tuned. 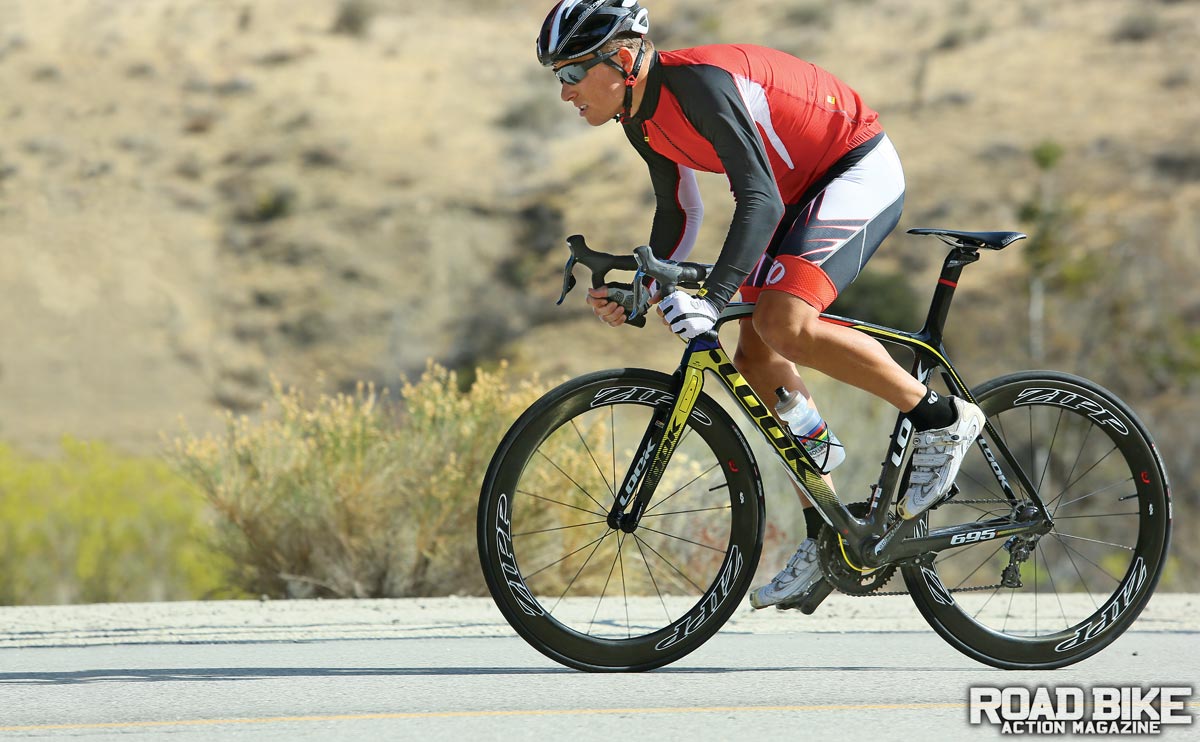 Talk about a bike that truly lived up to its model designation, the sub-15-pound 695 was my first taste of a bike with a true Formula 1 feel. Sure, the following year’s 795 Light had an even more radical level of integration and visual appeal, (especially the frame-integrated stem), but this French race bike nonetheless had a magical feel to it. Despite our doubts about the integrated brakes, they worked better than we presumed they would. Although Look designers went a tad overboard with the graphics, there was no taking away from the appeal of the bike’s sultry frame shape. For $7000, you’d get a frame, crank, stem and seatpost. Today’s version is the 795 Blade, which is available in seven models starting at $4200. 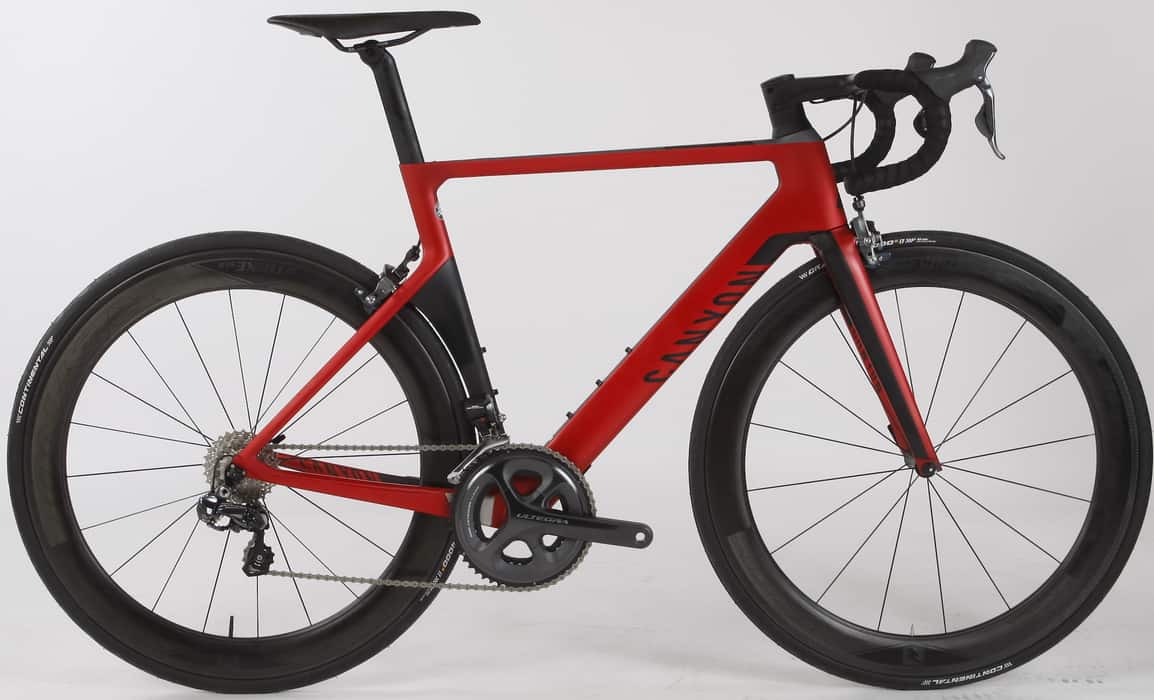 My first ride aboard an Aeroad came back in 2014, and even beyond the red paint, I was smitten with the bike’s looks, handling and compliance. Best of all, it didn’t have the clunky rear end and overly stiff ride quality that so many other aero road bikes exhibited at the time. Although the popular aero bike continues to evolve and become more specialized with faster lines and deeper wheels, I liked the earlier, less aero-ized model the best. 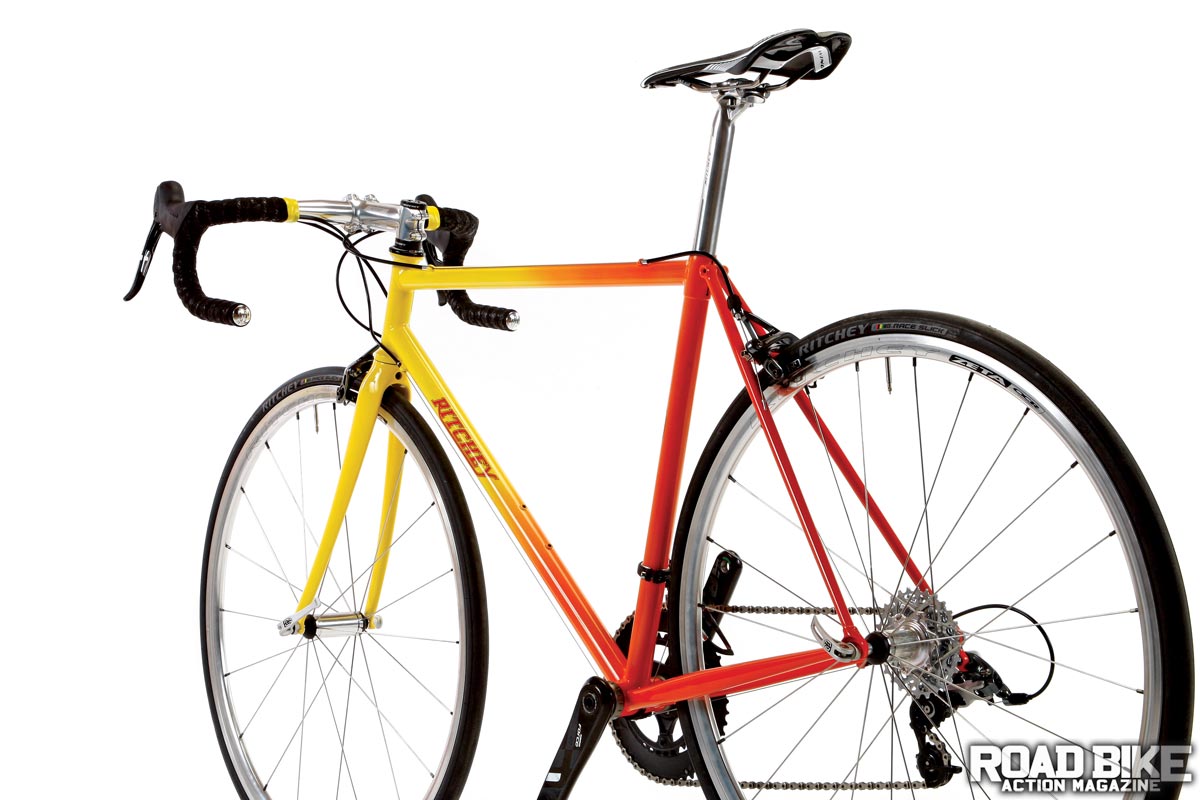 It was such a simple bike—small-diameter tubes and external cable routing. In short, nothing fancy. Well, there was the Sunrise paint scheme, which did bring a smile just by looking at it. Designed by renowned frame builder and mountain bike pioneer Tom Ritchey, the Road Logic was another reminder that no matter the black-plastic-obsessed world we live in, a well-engineered steel bike can still also be a delightful, durable and low-cost ride that anyone can enjoy. 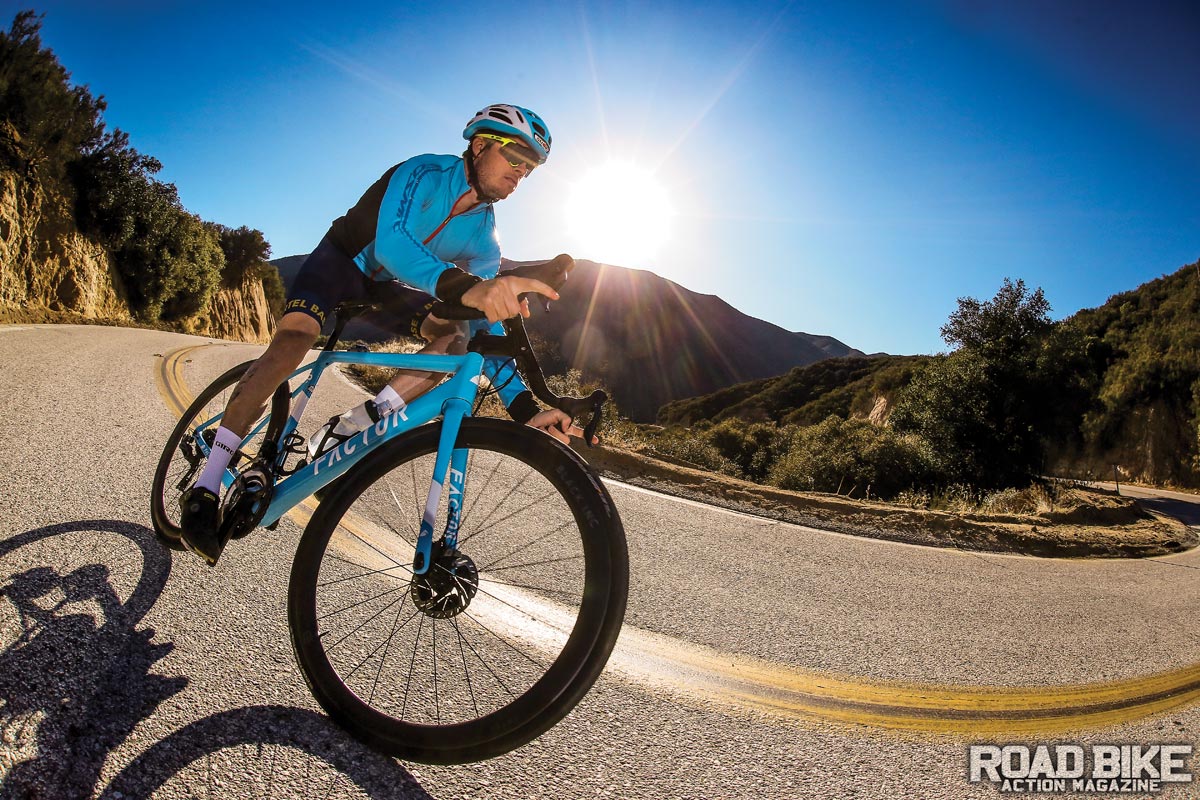 We tested this bike back in 2018 when disc brakes were just starting to become more commonplace, but the fact that the Factor got it done with a package that weighed under 15 pounds was what was so impressive—and still rare to find today! In 2018 the bike sold for $11,050, but by using their bike-build configurator, you can now get a base-model 02 starting for around $5650. Looking back, with its 98.8cm wheelbase, the 02 was simply a straight-forward, fast-handling, minimalist but potent race bike that (even then) had room for 30mm tires. 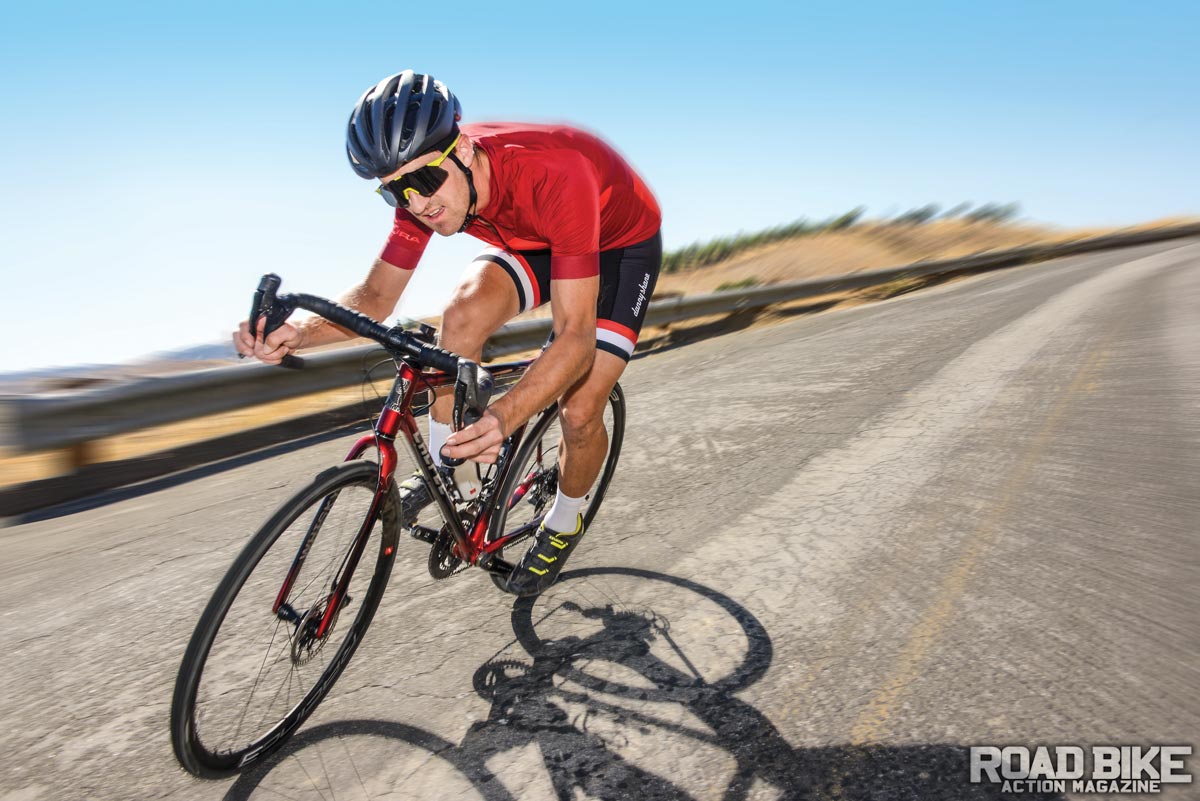 Sometimes I like a bike as much for the ride as for the man behind the bike. This is true with all things Colnago as it is with Craig Calfee. For me, both men are visionaries who stand apart from all others. The difference between the two is that where Colnago frames make me swoon with Cambiago delight, they’ve all been too stiff for my liking. Calfee’s NorCal-made steeds, on the other hand, have always had just enough compliance/flex to provide as much long-day comfort as needed. And just knowing that the Tetra is a descendent of the bike Calfee built for Greg LeMond to make carbon history at the 1991 Tour de France makes his bikes even more enthralling. Plus, how about a legacy, handmade carbon frame for under $5000?! 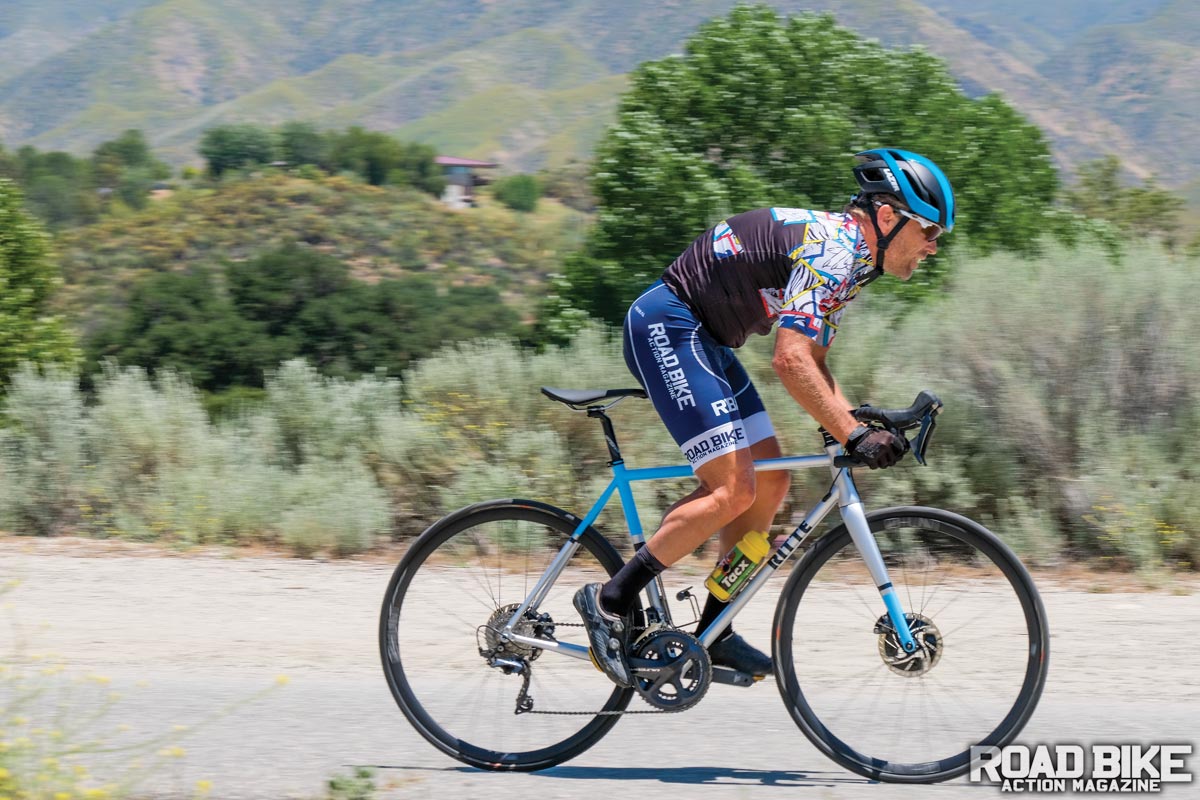 Not unlike the similar thoughts I have about the Ritchey Road Logic, the Ritte Phantom was a four-year-later steel ride with similarly impressive ride qualities, but now with the modern stopping power of disc brakes. Owing to the combo of its Tom Kellogg-penned geometry and Reynolds steel tubes, the Ritte was a bike I not only enjoyed riding, but also used to embarrass all the carbon bikes by bagging a “first-over” accolade up the steep Winston climb on the Montrose ride! The Phantom had a plethora of nice, artisan-like frame details and a complete bike price of just $4600 (frameset for the $2450). 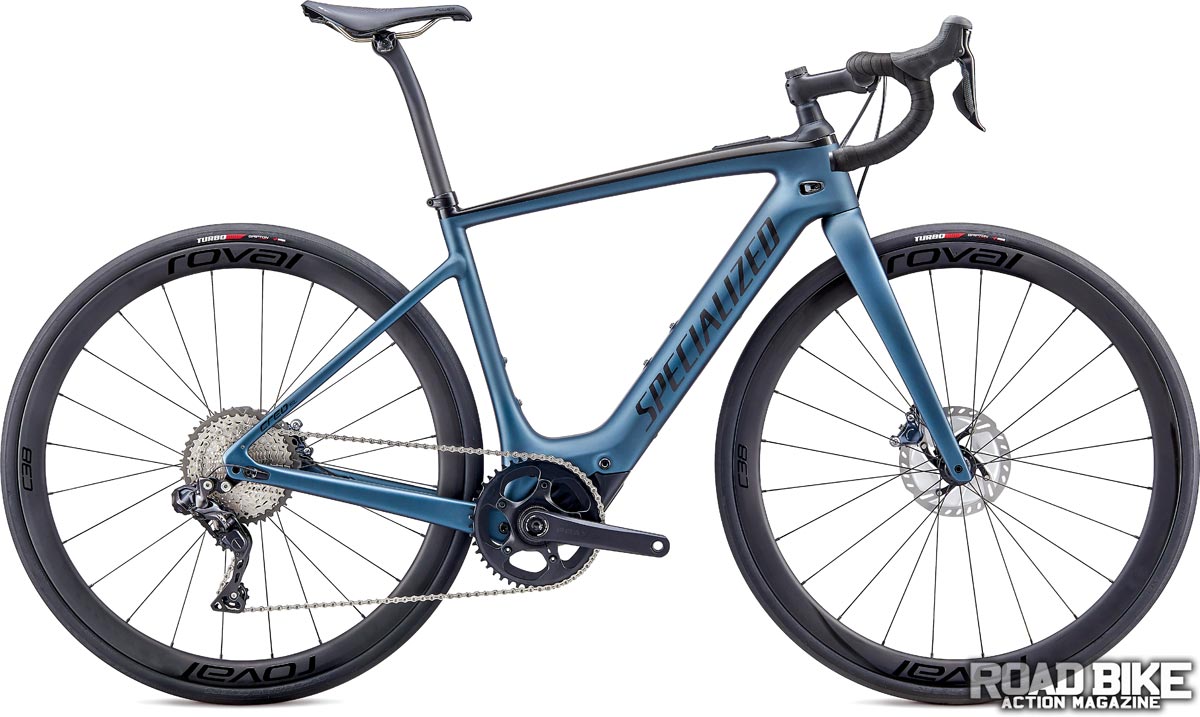 While there are many Class 1 (18 mph max) options on the market, the Class 3 (28mph) options are limited. And not to come across as some sort of speed demon, but where I would get dropped on the group ride riding any similarly heavy (30-pound) Class 1 bike, aboard the Class 3 Creo, I was not only able stay on with the group ride but actually take a pull on the front, too! Remember, it’s not about cheating, but for some it’s just being able to ride longer, which is never a bad thing! Typically, Specialized has many over-the-top-spec’d models at a hefty price, but the same bike/motor package that sells for over $13,000 will sell for less than half the price just with less fancy parts. 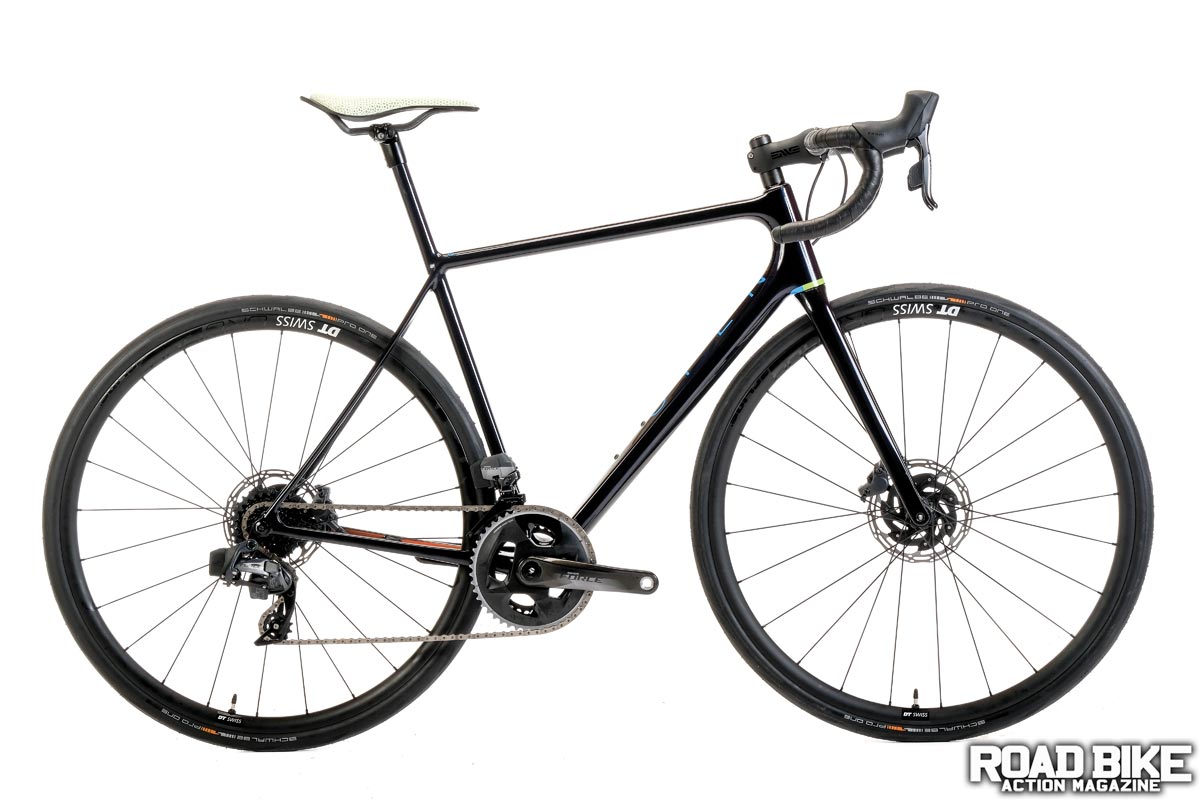 Funny thing coming from a guy who, of late, has made more of a name for himself with a series of first-rate gravel bikes, but then I’ve learned to always expect the unexpected from Gerard Vroomen. Despite its rather non-plussed appearance, in our modern age of oversized this and aero that, with its shallow DT Swiss wheels and small-diameter frame tubes, the sub-16-pound Open was simply a revelatory flashback to the way traditional road bikes could look and ride. I know integrated seatposts (and minuscule clamp bolts) aren’t ideal, but the downsized 25mm seat tube played a key role in the frame’s appreciable level of compliance. Two versions of the frame to choose from—an 890-gram Asian-made model ($3900) and an American-made, 775-gram model for $7500. 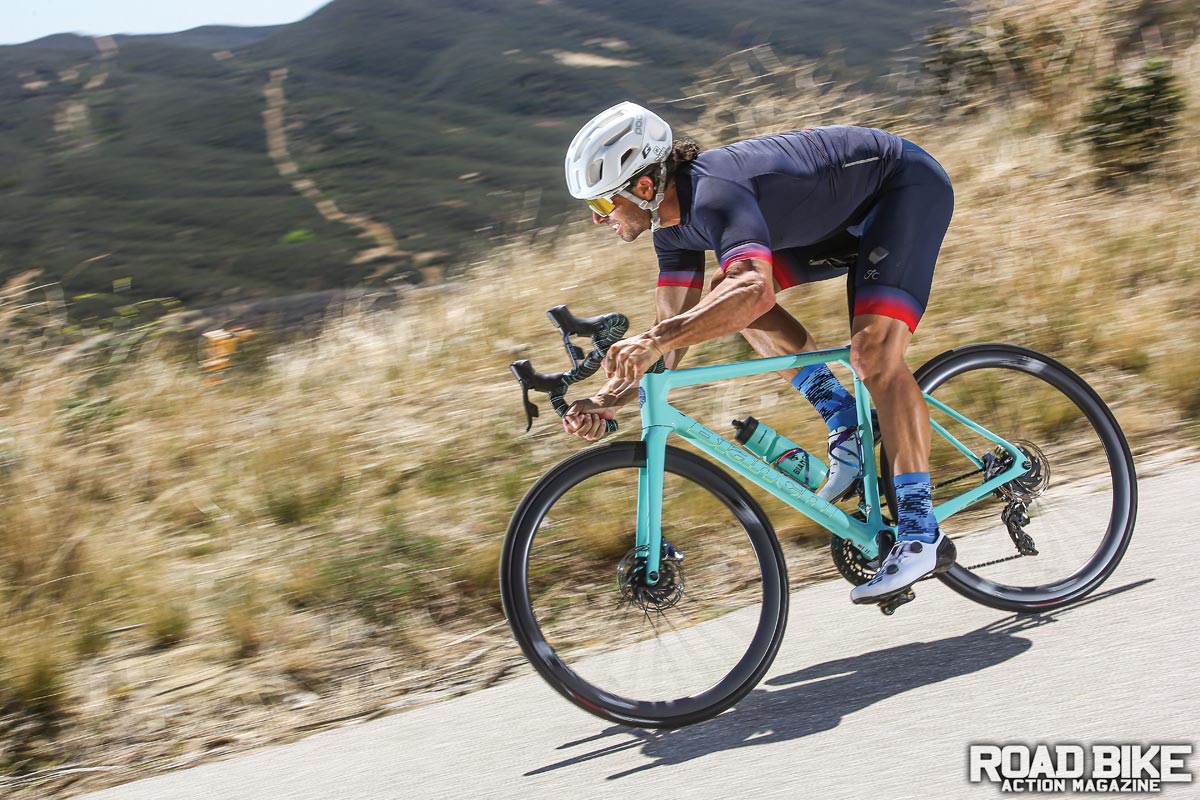 Sure, laboratory test results have their place in distilling the merits of any bike’s design and fabrication. Still, I’ve always made a point of emphasizing the importance of the frame of mind that riding any bike evokes. Although a tad under-geared and a bit overpriced at $12,500 given the lower-line wheel spec, the Specialissima still brought out smiles, thanks to its 16.21-pound weight, subtle yet effective holographic downtube graphic, sweet handling and, of course, the head-to-toe slathering of the brand’s legacy Celeste paint. Yummy! 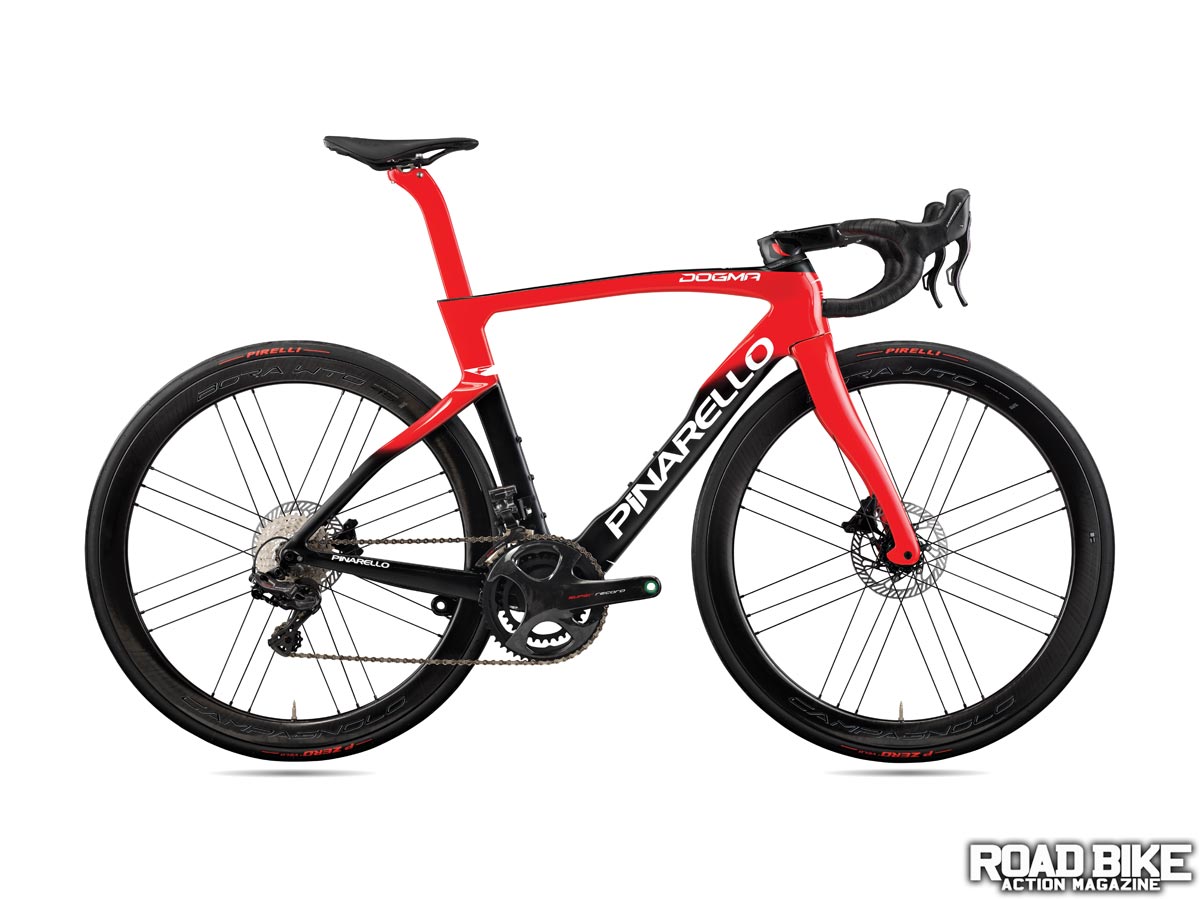 Like the 2020 Dogma 12 that preceded it (which, like the F, also got my annual “Best of” nod), the sightly Pinarello was as curvy and asymmetrical as ever, but, more important, beyond its space-age looks it simply had a ride that was out of this world. And, as I’ve reported time and again, as favorable as I found the bike, the reaction of everyone else who rode the bike was unanimous—simply superb handling! No wonder the Dogma lineage has won the Tour de France so many times. Available in 11 sizes, our test bike priced out at a crazy $13,000, and although there’s no shortage of spendy, Asian-made frames on the market, for me, having one that says “Pinarello” is worth more than most others.

A MOMENT IN TIME: REAR SUSPENSION WITH THE CALFEE MANTA PRO