The going gets fatter with Open's new gravel bike 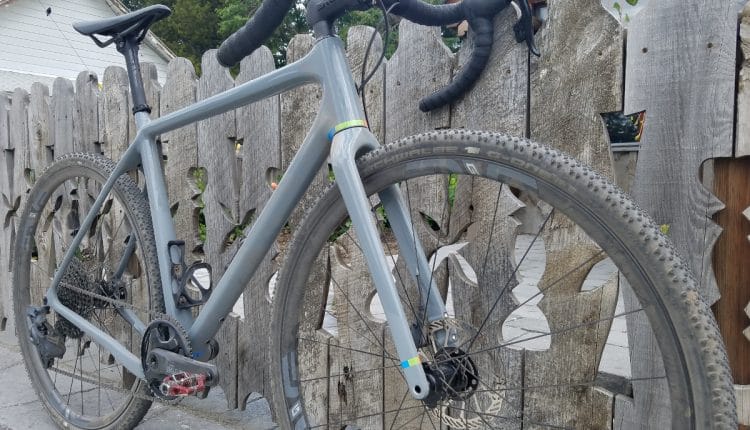 No matter that they’ll hate the fact that we associate them with the term “old-school”, given that both of Open Cycle’s founders, Andy Kessler and Gerard Vroomen, made their names in the industry with long-time ago, venerable road bike brands, it remains easy (and accurate) to refer to them as a couple of “OS” designers.

However, what makes the seeming opprobrium inaccurate is that with their seven-year-old Open Cycle brand they have since distinguished themselves as two of the more cutting-edge designers in the industry today. But it remains important to us to make the point, that unlike oh so many new schoolers with a minimal sense of history, Andy and Gerard cut their teeth designing high-performance road bikes and components that saw service and success in the Pro Tour. 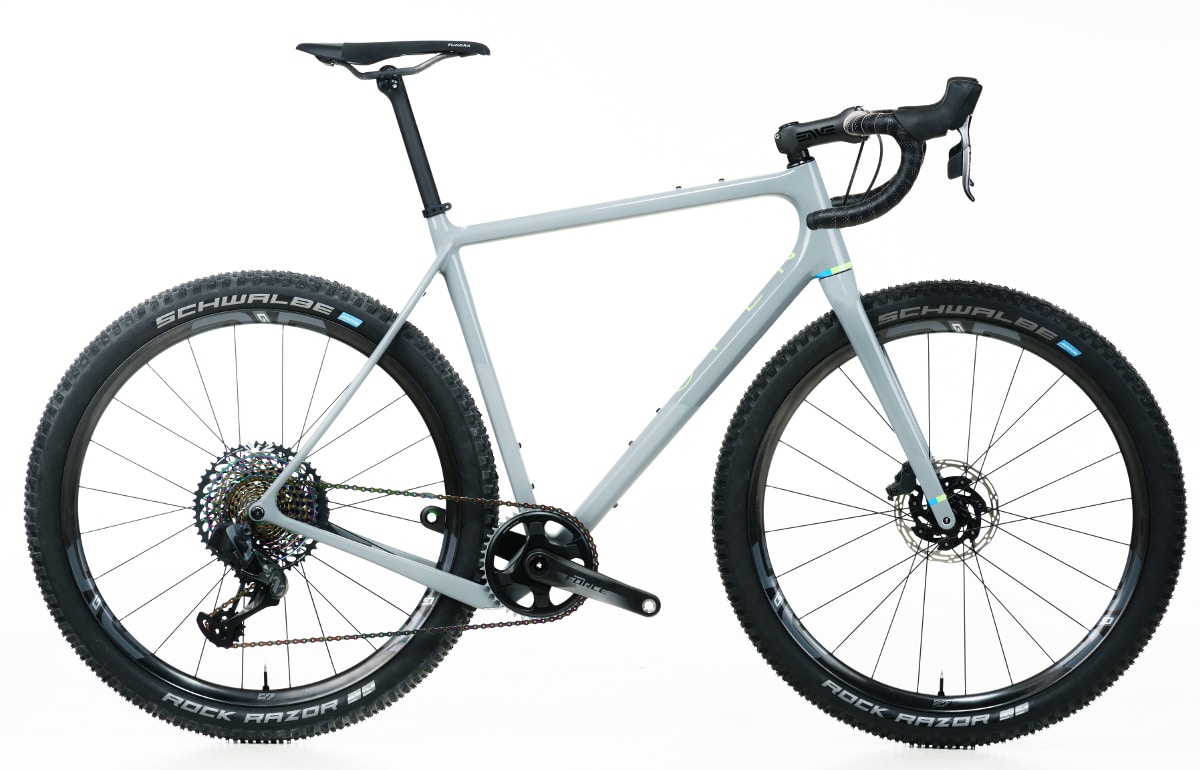 Although the first bike they released was a mountain bike, it was their UP (Unbeaten Path) gravel bike that put the young brand on everyone’s radar. When we first tested the UP (RBA, August 2016) we came away impressed with the bike’s then unmatched versatility (single or double chainring, 650b or 700c wheels). In the years since, the UP has been revised although it has maintained the signature dropped drive-side chainstay that is now mimicked throughout the gravel market

With the arrival of their new WI.DE (Winding Detours) Open has taken the dual-purpose gig to a new extreme. As has always been the case with purposely designed gravel bikes, it all comes down to tire clearance and for that test the Open scores with flying colors. The WI.DE can roll with up to 650b x 2.4 inch knobs or 700c x 40mm slicks – in either case that’s a lot of rubber.

MAKING IT WORK
Key to the WI.DE’s embrace of big tires is a 1x specific drivetrain and new double-drop chainstay design which, as the name implies, sees both sides of the chainstay jut to the ground with the addition of a massive box section yoke which also yields needed stiffness.

Iconic details include U-Turn fork and “Smartmount” brake mounts that eschew the need for adapters and require 160mm rotors and a fourth mount for a tool box located under the bottom bracket.
If our one short ride aboard the WI.DE proved anything it was that in the right conditions the bike is still a ripper. Don’t be afraid to lose some air pressure and roll slower on the pavement, because when you hit the dirt that bike is on mark with a gravel version of “point and shoot” handling. Our test bike arrived just as this issue was finished so look for a complete test in a future issue. 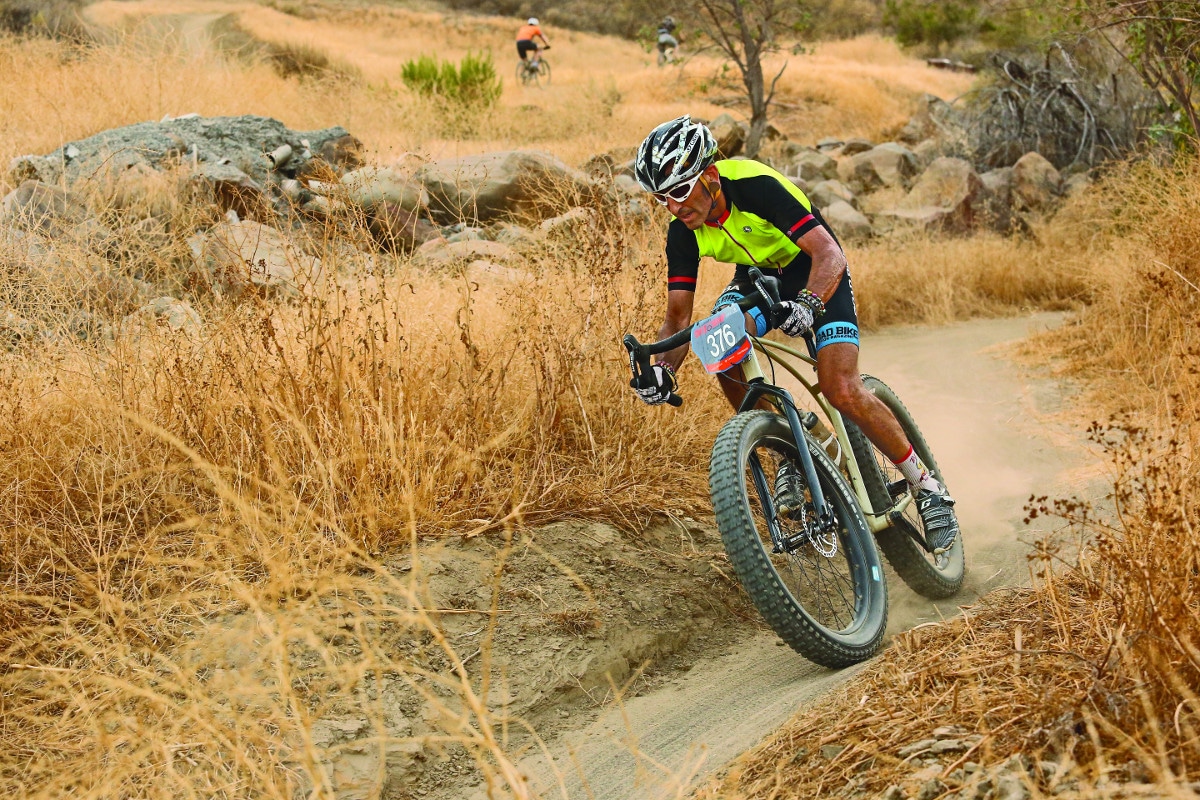 As we started showing up on local trails and group rides aboard the Open WI.DE, it did strike us as somewhat ironic given the level of derision and joking we faced back in 2015 when we took delivery of a 616 Fab fat-tired gravel project bike. Obviously, while  the very concept of such a bike was entirely unthinkable just four years ago, the sport and industry has evolved….and we couldn’t be happier to see it happen.

THE RIDE: IN ONE TEST RIDER’S OPINION
“I wasn’t sure if the huge tires wouldn’t be overkill, but I love them! Our rocky, sandy trails have been no match; I felt like those mountain goats that look nailed to the side of cliffs. The bike simply refused to lose traction.

“The big tires are definitely heavier and roll slower. Were I to race it, I’d put on different tires (or even go to 29er depending on how gnarly the course is), but I think that’s missing the point with this bike. It is SO fun to ride and I didn’t have any problems staying with my friends on the road sections of our gravel rides. It’s almost criminally easy to ride. ” 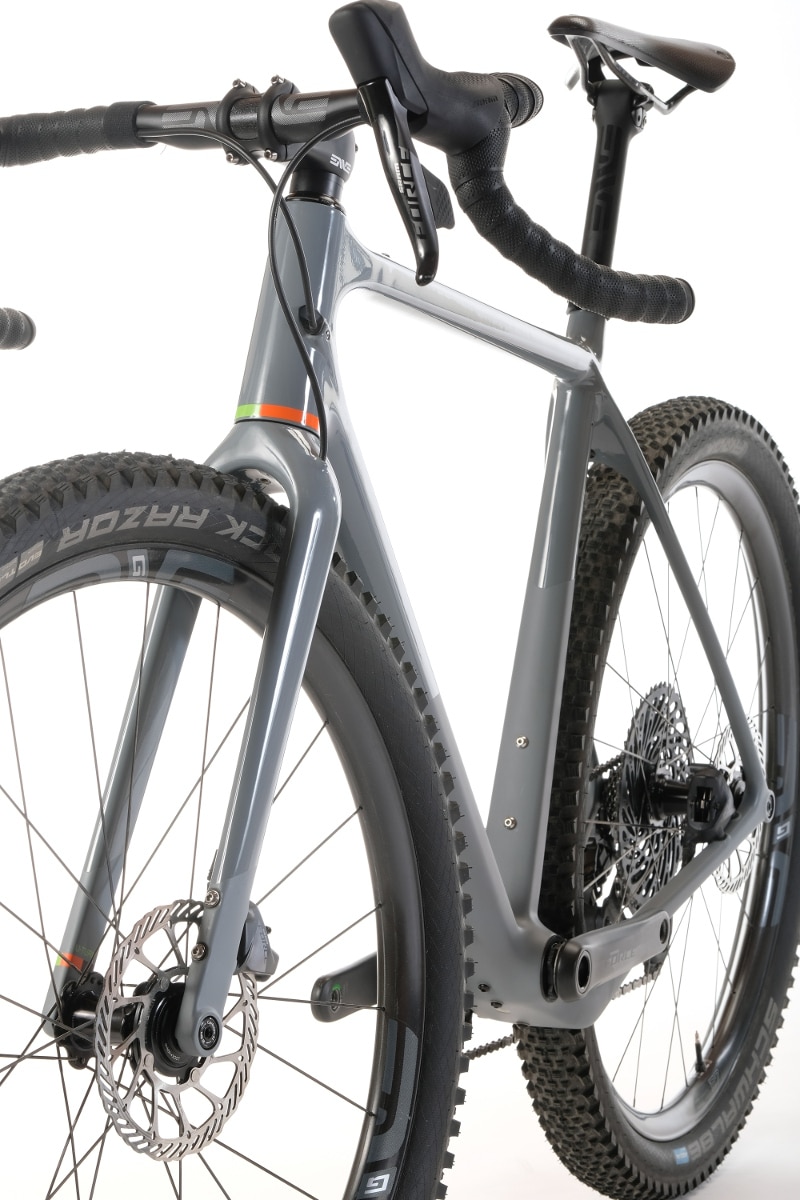 The WI.DE will be available in five sizes and sells for $3200 which includes the fork, headset, thru-axles and derailleur hanger. Although the gray color is not very exciting, luckily, the ride is.
www.opencycle.com