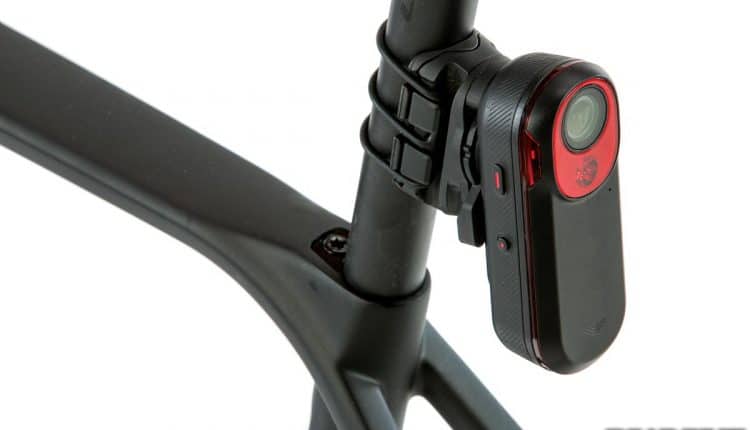 Nearly anyone that’s been involved in a collision with a vehicle while riding can attest to the feeling of hesitation upon their return to the road. For the most part, a collision with a distracted driver is an inevitability for many cyclists. A hi-viz kit, some lights, a mirror and even a bell are some of the more traditional accessories that can bring a sense of confidence on the road.

However, since 2013, multi-sport tech conglomerate Garmin has produced a popular rear-facing radar system that provides real-time notifications of approaching vehicles via a head unit. The Varia radar became the go-to accessory for many looking to improve their sense of confidence on the road, and its most recent iteration brings a long-desired upgrade to the radar and taillight combo.

Garmin’s RCT715 becomes the third branch of the Varia family tree, next to the mainstream $200 RTL510 with radar and taillight, and the $150 radar-only RVR315. The featured update with the RCT715 is the addition of a camera to the taillight and radar technology. It provides running day or night lights, notifications of approaching vehicles, and now the capability to record video at 1080p or 720p at 30 fps.

The Varia is best matched with a compatible Garmin Edge computer, plus it can also be displayed on the Garmin Varia app. For our testing, we used the $300 Edge Explore 2. Connect the Varia just like any other sensor and, once linked, the head unit will show a small radar on the right side of the display. Then connect the Varia to the Garmin app for simple video uploads and enhanced connectivity.

The unit is mounted to the bike like most other taillights, with a bracket, a rubber strap, a locking mechanism, and an adapter to fit multiple round and aero seatposts. The unit is very simple in design with two buttons—on/off and a record video button on the side, with a USB-C port on the back for charging. Above the charging port is the MicroSD card slot. Garmin supplies a 16G memory card, but the Varia can accommodate up to 512G. There is a round red LED light in between the camera lens above and the space where the radar portion of the unit is below.

There are five taillight modes—solid red light (20 lumens), night flash (slow pulse between bright and dim red at 21 lumens), day flash (blinking red at 65 lumens), standby (no light no radar) and peloton (low-intensity flash 8 lumens) mode for group riding. The battery lasts about six hours in the day flash mode, five hours in peloton mode, and four hours in both night and solid light mode all times include active 1080p recording. Like the previous Varia, the radar can track up to eight vehicles at once but does not track them if they are going the same speed as the rider.

There are three camera modes—continuous, radar-activated and off. As the names suggest, the camera can record continuously or record when the radar detects an approaching object or be switched off. The lens offers a 140-degree field of view. The Varia app facilitates access to video footage, video transfer options and camera customization settings.

The setup and pairing are straightforward, especially if you already use a Garmin Edge computer with other sensors. With two buttons, it is easy to cycle through the light and camera modes to find your preferred setting. Users can also select their Varia settings on their head unit or through the Varia app.

If the radar is tracking a vehicle and another one comes within distance, then a second dot will appear with up to eight dots. When we rode on busy roads, the columns were almost always displayed, and there was no beeping because there was almost always a vehicle being tracked. This is when the radar seemed distracting and less useful. When on back roads or narrower roads, the radar allowed us to ride a bit further off the shoulder and transition closer only when a vehicle was approaching.

If you frequently ride with the same person, they, too, can connect to your radar. Both riders will get the notifications simultaneously. With that said, the reach of the connection signal is not far, so the rider that is piggybacking on your radar might get the sensor to connect and disconnect if they drift too far away from you. We used it in group rides, and even in the middle of a pack, the radar would pick up vehicles that were behind the group.

Video-wise, we found both positives and negatives. We are happy to see the video feature included, since a camera was our only request after using the RTL515 five years ago. Quality is relatively minimal and was most useful at identifying the make and model of an aggressive driver’s vehicle rather than any details of the driver and front license plate. Don’t expect to be posting any quality videos to YouTube. We tried both 1080p and 720p, and recommend sticking with 1080p for regular use.

Finding the specific clips in the Varia app proved frustrating. Video is sorted in 90-second clips in the Varia app, which requires users to scroll through a seemingly endless stream of footage with little indication of which clip to select. This made us stick to running the Varia on radar-activated camera mode and skip out on continuous recording.

With all things considered, the RCT715 is an updated take on the RLT 515 unit, offering a bright light that can
be used day or night with the added security of video evidence. Video recording was one aspect we truly desired while using the RTL515, and we’re happy to see the feature added at first. Although the longer we used the RCT715 we found the video quality is disappointing and not worthy of many accolades, though it is reassuring to have for documenting incidents on the road.

The radar proved useful. Notifications of vehicles approaching from the rear offer a heads-up for riders who may be chatting or just tired. In heavy traffic, it was less practical and didn’t offer any added feeling of protection or security. On less trafficked or narrow roads, the Varia was a huge help and offered the best results. Owing to the growing popularity of electric vehicles that give very little audible notification that they are approaching, the Garmin’s value increased.

At $400, we are a bit let down by the low video quality and the clunky nature of the Varia app, but for many, the added safety function will outweigh the costs. We’d likely recommend the RLT515 for most riders and only recommend the RCT715 for those that desire to use the video recording only after an incident on the road. ν

• A bit of relief from distracted drivers

7 TIPS WORTH KNOWING FOR ALL RIDERS TO MASTER A PACELINE