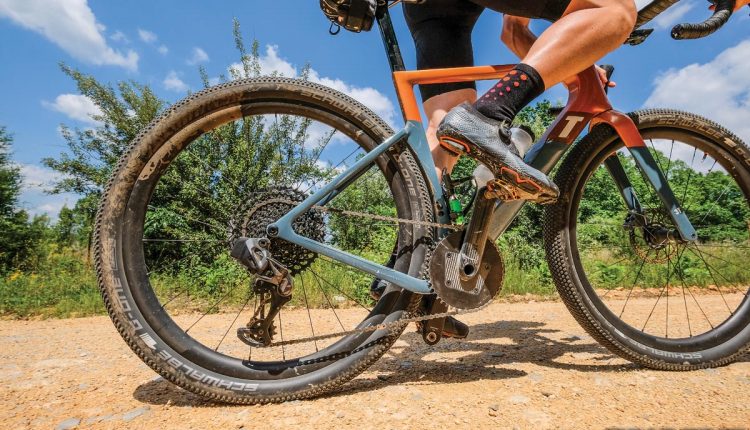 A LEGACY OF DIRT AND SPEED CONTINUES

By now most of you should know the story: After leaving the road-centric brand in 2011 that he co-founded with Phil White (Cervelo), Gerard Vroomen ably moved on to not only co-found an entirely new gravel-specific bike brand (Open Cycle), but he’s also taken an interest with legacy Italian component brand 3T, where he’s set about to add frames and complete bikes to their catalog of wheel, seatposts, stems and handlebars.

Gravel-heads will recall that it was back in 2016 that the first inklings of 3T’s new face as a bike brand was born when they rolled out the Vroomen-penned, dirt-oriented Exploro. As obvious as Gerard’s embrace of the all-terrain/dual-purpose/gravel category was, he was equally clear that he was not willing to surrender the go-fast, aero-design roots that first made him famous at Cervelo. And with that we have the Exploro RaceMax. 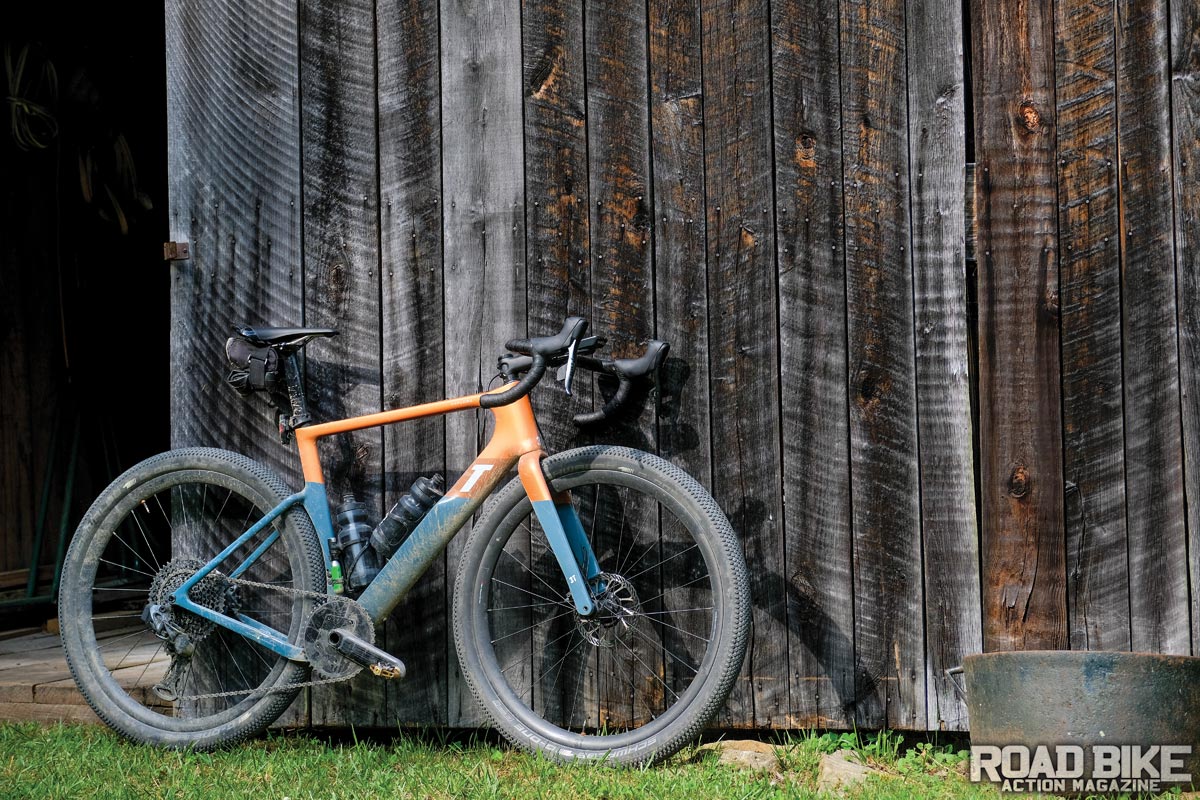 As with the original, owing to the bike’s profile and tube shapes, the new RaceMax is as shapely a frame as any we’ve ever encountered. From the curved seat tube to the downtube that widens from 46mm to 75mm to “hide” water bottles from the wind, there are aero hints abound throughout the bike. The frame is designed to roll on either 700c or 650b wheels.

Of course, the most notable difference between the old and new version is the double-drop chainstay design borrowed from Gerard’s other gravel project, the Open WI.DE.

To help offset front-end height, the RaceMax fork has a unique “minimal” crown that mimics the (370mm axle to crown) length of a standard road fork while still providing room for the bigger tires. The direct-mount brakes specify 160mm rotors. 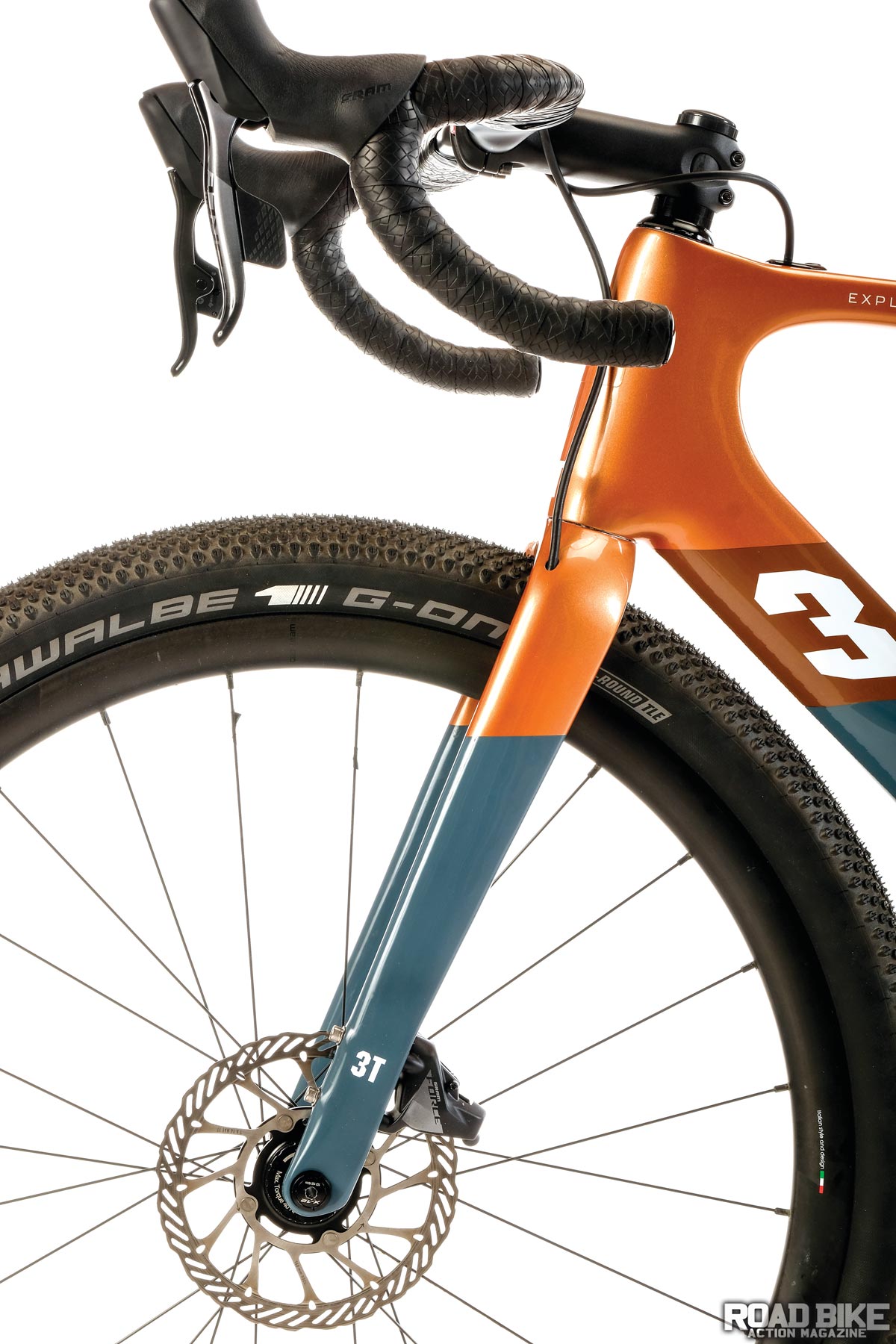 For anyone pondering the difference between the 3T Exploro and the Open WI.DE., one key distinction is that the former will accept a 2x drivetrain and up to a 44t chainring, while the latter is 1x-specific with a 42t limit.

There are three holes drilled into the downtube, but you can only mount two cages if you use the upper two holes on the downtube; otherwise, the cages overlap, which could make two cages on the smaller frame unworkable. There are now six frame sizes with size-specific tubes.

Our test bike was spec’d with a SRAM Force AXS drivetrain that used a 44t Wolf Tooth chainring mounted on one of 3T’s very own carbon Torno cranks and a 10-50t Eagle cassette. The bike rolled on a pair of 3T’s new 650b, 30mm-deep Discus carbon wheels (with a 28mm inner width) mounted with massive 2.25-inch knobby tires 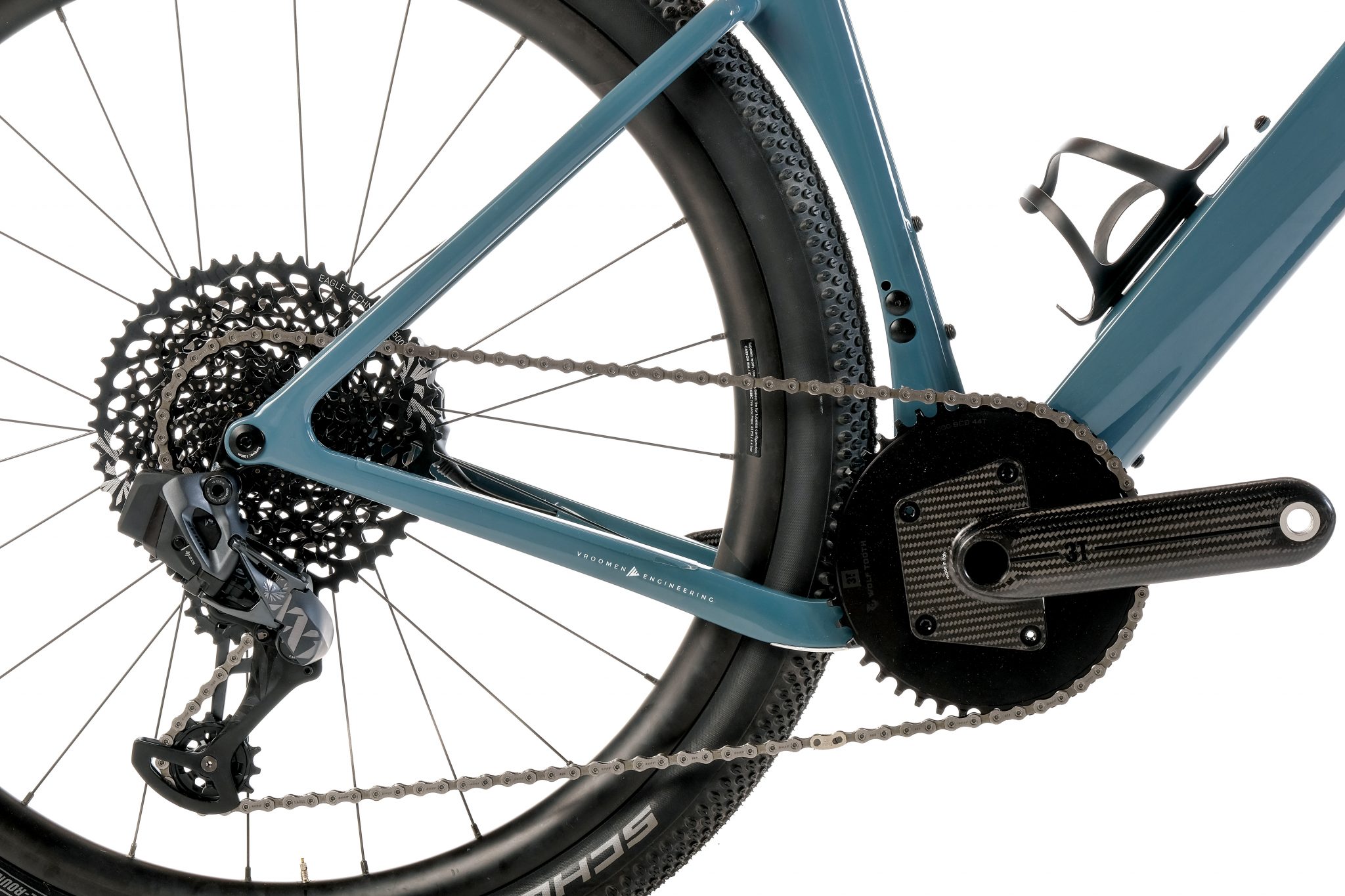 The hard parts were all in-house 3T-branded, with a frame-specific seatpost and an Aeroflux handlebar mounted to a 3T stem with a reverse-mount faceplate.

Just as it is with dual-purpose motorcycles, a popular criticism often made about gravel bikes is that in trying to perform well in both dirt and paved environments, they are limited in being truly capable in one or the other. For us, the new Exploro RaceMax is one of only a handful of gravel bikes we’ve tested that was truly capable on either surface. Still, there are some nuances to consider, chiefly between the tires and gearing.

Around our local off-road environs, nothing makes up for the benefits derived from running big rubber, especially when flying over the stutter bumps or rounding a corner at speed and coming upon a series of deep rain ruts that would normally swallow any 40mm-or-smaller tire. 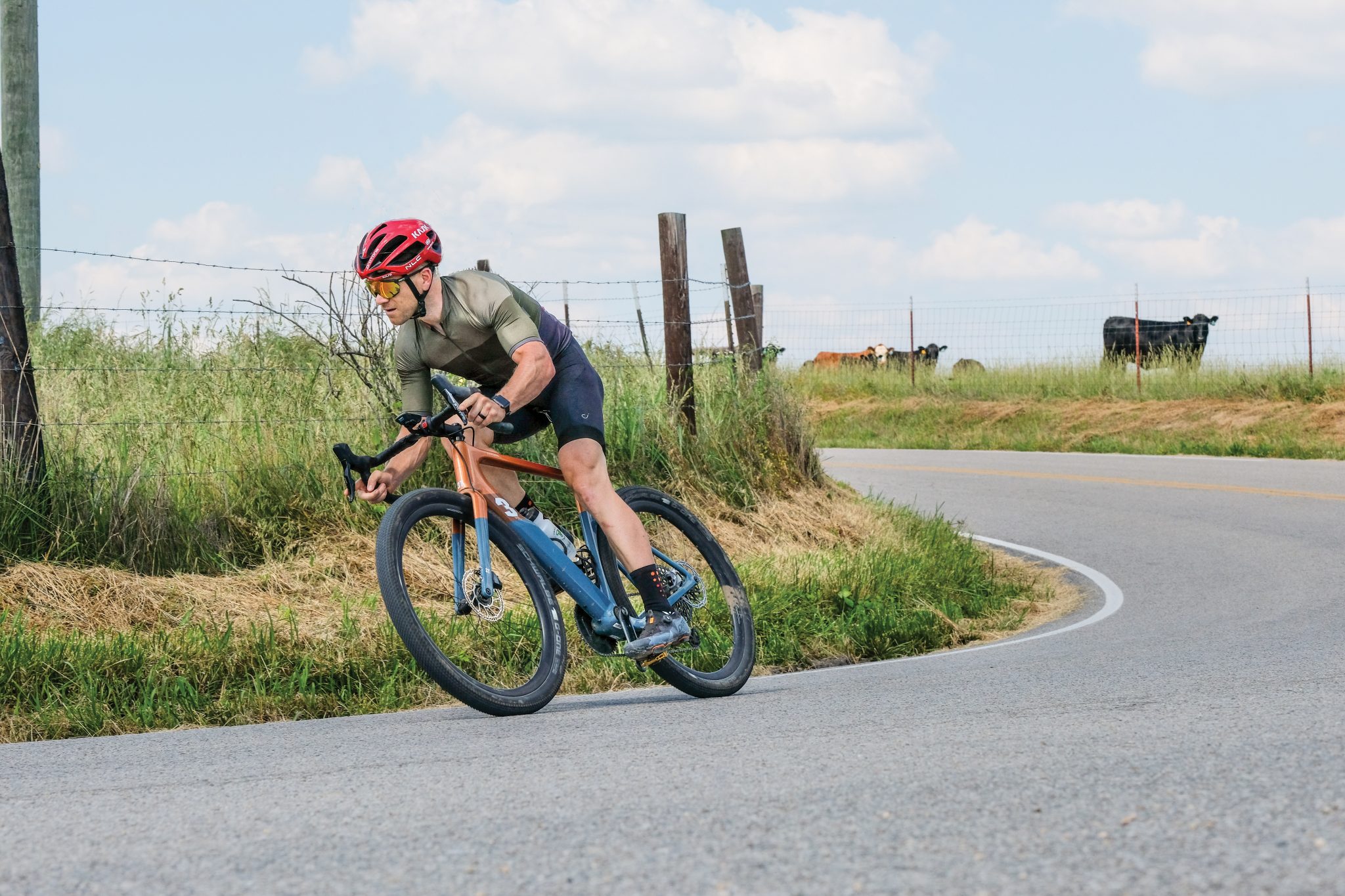 As such, the balloon-like tires shined on all of our local hard-packed, slippery, rough and steep fire roads. In addition to the traction, their buoyancy brought a level of compliance to the rigid frame that tires with less volume could easily diminish. It’s a stiff frame!

“For either road or gravel applications, the Italian brand offers a variety of framesets, as well as a complete range of models with multiple (1x/2x, Shimano/SRAM) drivetrain and component options.”

Even for the steepest sections we climbed, the gear spread provided pain-free pedaling, with the AXS shifters providing lightning-quick and spot-on shifts. On the descents, the 44×10, tall gear easily delivered speeds of over 38 mph.

In terms of handling, the 3T (with a 100.8cm wheelbase) came away with mixed reactions. In the dirt, some riders felt the front-end geometry (now with added rake) made the bike feel a tad unstable, especially on the twisty, narrow stuff. And where the massive tires shined off-road, on the road they made fast cornering a handful, requiring added counter-steering to get the type of turn-in you’d find with a skinnier tire.

Our nitpick list would include the aero bars with their sharp trailing edge and the reverse-plate stem that makes adjustment with a multi-tool hard. We did love that the frame-specific 3T seatpost uses a brain-dead-easy Ritchey clamp that should make 3T engineers ask themselves, “Why is the one we designed so complicated?!”

When it comes to the aero gravel category, we can’t think of another brand that has chased the concept with as much vigor as 3T. And sure, as difficult as it might be for any of us to reap any actual gains from the aero advantages designed into the RaceMax, rest assured that Gerard has at least provided every wind-cheating advantage possible.

Vroomen’s bikes have brought fresh energy not only to the 3T brand, but to the gravel market itself by highlighting the very tangible advantages of a performance-oriented bike that is as capable off-road as on—really, all with just a simple switch of tires. 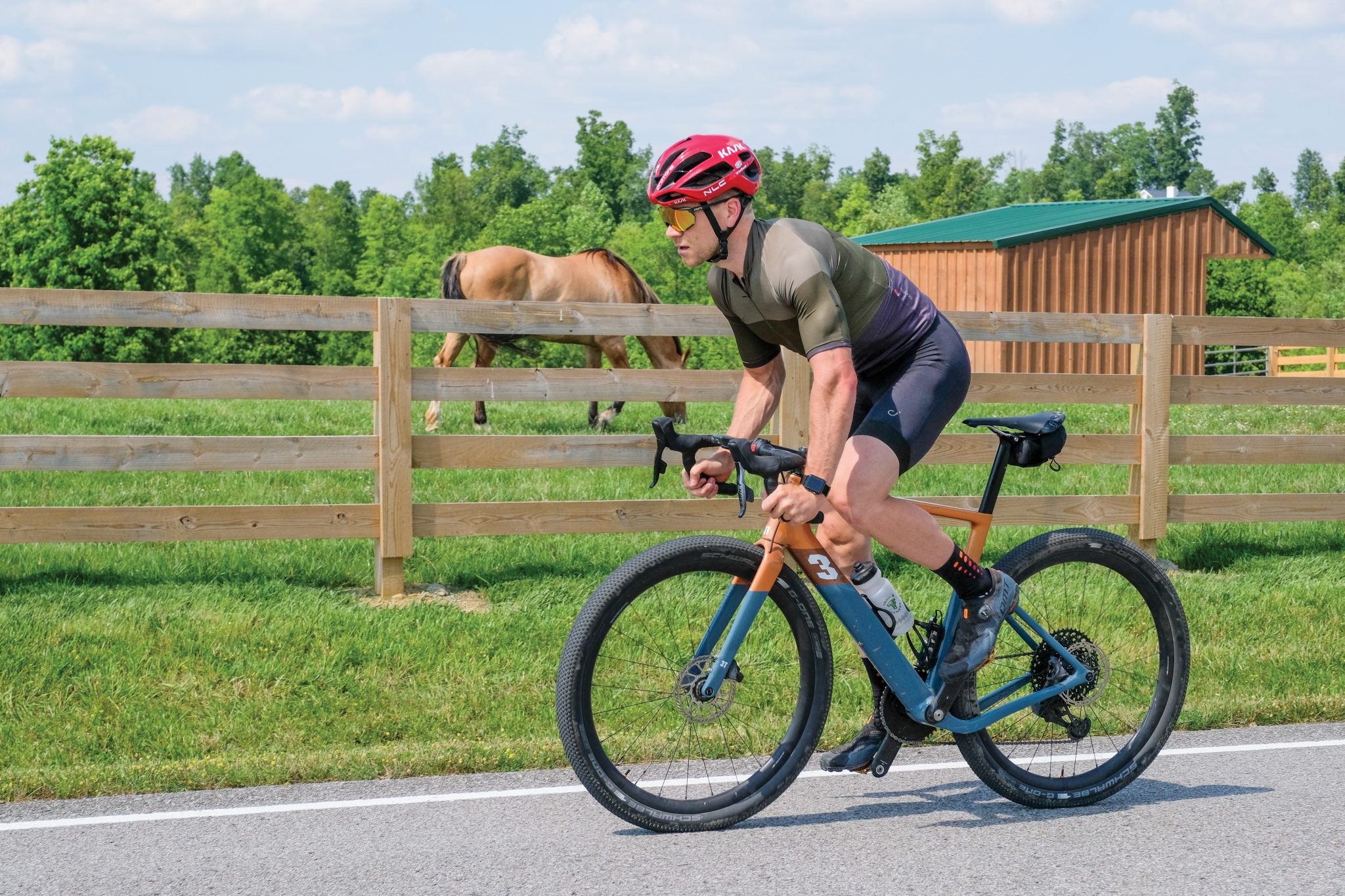 For either road or gravel applications, the Italian brand offers a variety of framesets, as well as a complete range of models with multiple (1x/2x, Shimano/SRAM) drivetrain and component options.

What Should I Look For When Buying A Road Bike?