HAS ANYONE SEEN THE BRIDGE? CANADA’S START-UP BIKE BRAND 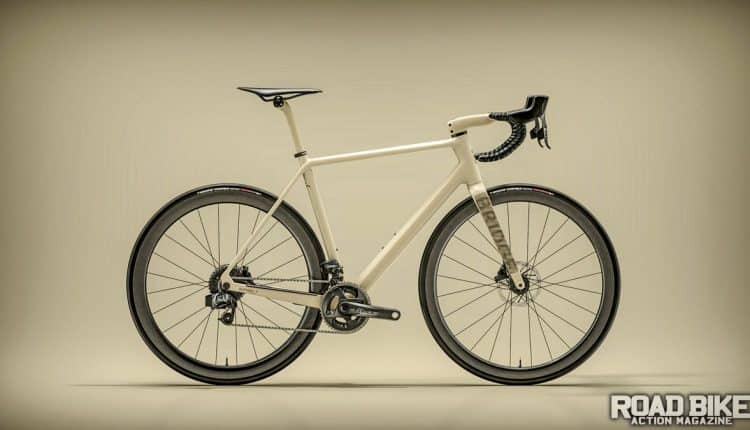 It all began at last year’s Sea Otter Classic when Blacksmith Bike Shop owner Mike Yakubowicz approached and said he had something to show me, something that I couldn’t talk about at the time. It was a new bike. I had known Mike for a few years from our annual meetups at the North American Handmade Bicycle Show, and I have to say that there are few people who are as totally entrenched in the tech and product details of road bikes as Mike.

In short, Mike is a tried-and-true bike geek. He’s owned his bike shop in Toronto for a dozen years, and over time he has either built, ridden or sold almost every high-end bike imaginable. And now, along with a team of investors and co-workers, he is embarking on a new bike project of prolific proportions. When we spoke of his coming out with a new bike last fall, my initial assumption was that, like so many others, he was planning to head to Taiwan with a frame blueprint and some Pantone color chips. An even less impressive assumption would’ve been that he was merely heading overseas with nothing more than a trademarked name and a fancy downtube graphic. I was wrong on both counts.

“As modern as the bike is, it’s worth noting that it doesn’t rely on any of the modern me-too design trappings, like integrated cockpits and seatpost binders. We like that!”

Quickly, the story of how his desire to ride a bike of his dreams had morphed into the effort to build a full-scale bike brand and factory that would initially be focused on a single all-road bike dubbed the Surveyor.

Bridge Bike Works is the name of the new brand and, in fact, the bike is not just some open-mold model popped out of a factory in Taiwan. No, quite the contrary. The frames are made in a new, purpose-built, 8200-square-foot advanced-composites production facility in Toronto where, according to Mike, “The first question we asked ourselves was if we could build it here in Canada,” before adding, “but not just build it here, but build it better and build it for a price that people could afford, especially for a domestic-made frame.” With that goal in mind, the Bridge team went to work.

According to Mike, the next question the team asked themselves was, what kind of bike do we want to build? “I don’t think there’s such a thing as a ‘perfect bike,’” said Mike, “but what we were after was a really good all ’rounder to be the one bike you could ride for a few years. We know there are a lot of good bikes out there, but our goal was to do our own thing and approach things differently.”

The 900-gram frame will be available in five sizes and five colors (plus a ready-to-paint option at a $200 discount) for around $5000. Complete bikes (with both Shimano and SRAM components) will also be available starting at $8000. Given that the Surveyor was designed as a modern all-road bike, it has tire clearance for up to 40mm tires (still with a 417mm chainstay length). And yet, as modern as the bike is, it’s worth noting that it doesn’t rely on any of the modern me-too design trappings, like integrated cockpits and seatpost binders. We like that! As with the frame, the fork is also a proprietary design, and it can be had with one of two different rakes.

“It’s easy to build a luxury product and price it to the stratosphere, but it’s a lot harder to do without either offshore manufacturing or a price that few people can afford.”

And how handmade is handmade, you might wonder? Mike disclosed that, thanks to purchasing their own Haas VM3 CNC machine, they are cutting their own tooling, designing their own laminate schedule, and hand-laying the premium pre-impregnated carbon fiber. And after all that, they finish and paint the bikes in their own DuroAir paint booth before assembling and shipping them out.

The bike itself is intended to exemplify the merits of the all-road category of bikes. And yes, as broad a spectrum as that category might be, in truth it could and should be the most popular style of road bike. No, not a gravel bike, nor a pure crit-style race bike, but something in between. Although complete bikes are available, given the upside-down supply chain for parts and accessories, Mike says the big push will be for selling framesets, which include the fork, headset, thru-axles, seatpost collar and front derailleur clamp.

For Mike, any bike that deems itself “all-road” automatically implies a favor for long days in the saddle. And paramount with that is a bike that provides a level of compliance, and that’s when he points to the sloping top tube and exposed (27.2mm round) seatpost: “It’s all about the seat tube!” Of course, as we all know, tires can play as big of a role in maximizing compliance, and the Bridge has room for up to 40mm rubber.

Aiding and abetting the bike’s sense of performance, the frames use a 60mm D-shaped downtube to help aid front-end stiffness. Internal cable/hose routing is a given, and we cheer for the fact that Mike opted for a threaded bottom bracket.

AS FOR THE PROCESS

By mid-summer Mike said the Surveyor frames were in the midst of prototype testing in both ISO lab and real-world conditions. “As the old saying goes,” he reminds, “the last 10 percent of engineering takes up 50 percent of your time!” And so now it’s a matter of finalizing finish details like the ease of internal cable routing, the level of carbon compaction in the dropouts and revising the carbon laminates to maximize the three key ingredients that make any bike a success—ride quality, stiffness and weight.

“Lately, we’ve been evaluating the Cerakote finish to find the perfect balance of finish quality and weight savings. We’ve also been spending time to ensure that the bonding and overwrap are clean enough so that we can offer a naked bike that’s even lighter. The thing is, while it’s easy to build a luxury product and price it to the stratosphere, it’s a lot harder to do without either offshore manufacturing or a price that few people can afford—and that’s the goal we’re aiming for.”