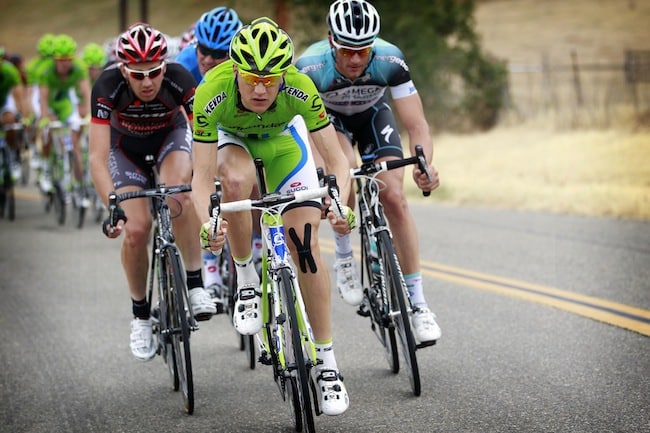 Ted King’s Tour de France debut ended in controversial fashion Tuesday after he missed the time cut-off for the stage four team time trial by seven seconds. King, an American who rides for Cannondale, dislocated his shoulder when he was one of several riders caught up in the crash which marred the opening stage of the race on Saturday.

After battling through two further stages on the French island of Corsica, King saddled up for stage four, fearful of having to adapt his body to the unforgiving position required by his aerodynamic time trial bike. The pain was so excruciating he decided to race with a normal road bike, but he began trailing his teammates early in the 25km race against the clock. King eventually trailed over the finish line in a time of 32min 32sec, just over six minutes behind his team’s effort of 26:30. It was seven seconds behind the cut-off established by officials but despite protests from his team they refused to budge. Cannondale’s press spokesman Paolo Barbieri said: “They didn’t want to listen to our explanation… they did not want to change their minds.”