Our project bike from 2013 reflects where we've been 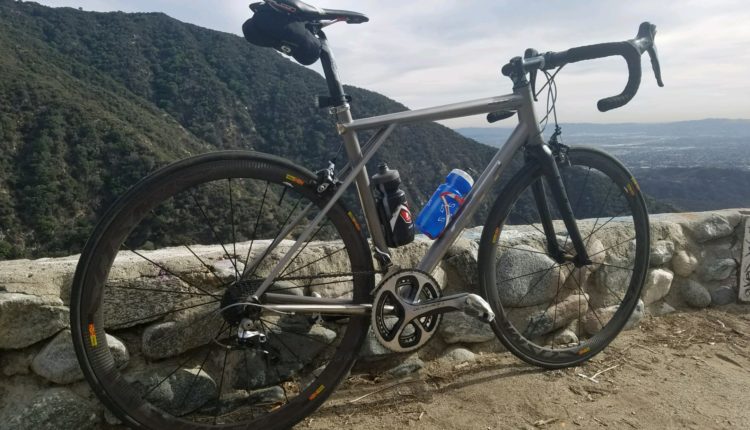 Trust us, we know. Rim brakes?! External downtube shifter bosses and seat binder?! 23mm tires?! 11-speed?! Did people ever actually ride bikes like this? They sure did and at the time this GT/Shimano project bike was the cat’s meow in new road bike tech.

Wait. Has it already been seven years since Shimano invited us down for a ride camp in San Diego to learn about and ride their latest (then) Dura-Ace 9000 parts? When the invite arrived it announced that we would need to send a frame to Shimano to get built out. Our choice was a limited edition re-release of GT’s titanium Edge as part of a “Heritage” collection. At the time the frame sold for $2200.

In addition to the carbon Mavic hoops, the rest of the bike was outfitted with a GT carbon fork, Pro Component seatpost, stem and handlebar. The machined from billet headtube was another nice touch.

We still hold the GT Edge dear…and keep it nearby just in case as we recall the Mavic wheel launch just two years ago that called for a bike with rim brakes and the GT was literally the only bike in the RBA stable that still ran the outdated binders.  My how time flies!

It may not be Throwback Thursday but we can still throw it back on a Tuesday with this GT Bicycles Titanium Edge! This was our Shimano-Road project bike from 2013 with the release of the new at the time Dura-Ace 9000 group, plus some sweet carbon Cosmic hoops from Mavic…but oh those 23mm tires.