Coverage of pro cycling is currently at an unmatched level, one can watch just about every mile of each Grand Tour. While there’s still a ways to go in terms of parity between men’s and women’s screen time and coverage of smaller events; with the right subscription package, the average cycling fan has some form of access to nearly any UCI race they want to watch.

Now, Velon, best known for their onboard rider videos, and Whoop have teamed up to provide live insights into a rider’s biometrics during a race. Velon previously curated live power, speed, cadence and heart rate data from riders on partnered teams, now the newly formed partnership with Whoop will feature insights through Whoop’s 4.0 strap.

In addition to live heart rate tracking, Whoop determines a rider’s level of strain and recovery thanks to an advanced algorithm and its ability to be easily worn at all times.  Mathieu van der Poel was wearing a Whoop on his wrist during stage one of the Giro d’Italia where his and a handful of other riders’ live heart rate data was displayed throughout the day and on the final climb when he outsprinted the peloton for the win. The victory earned Van der Poel the Maglia Rosa with a matching pink  Whoop strap. 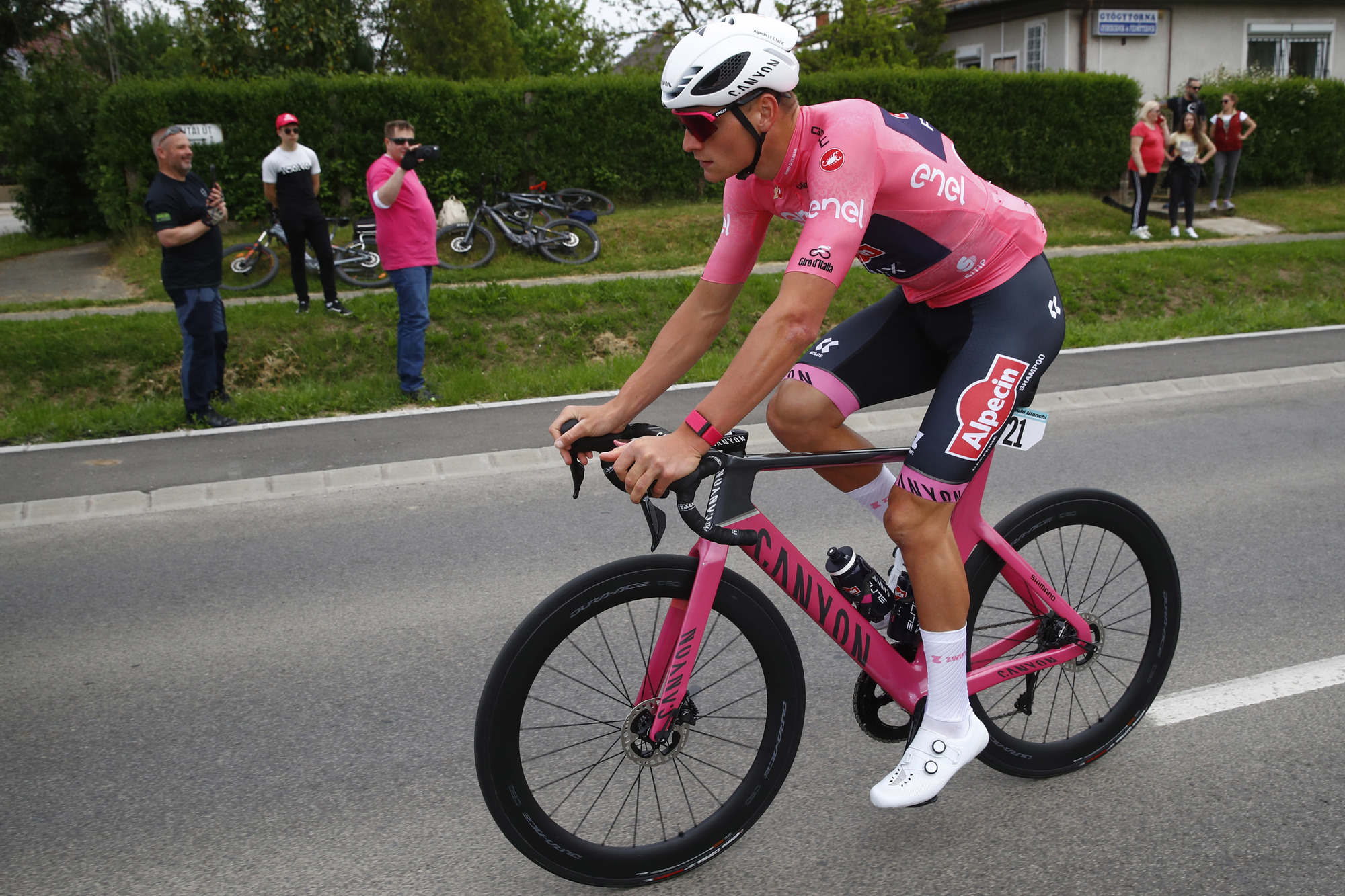 While the data nerd in us would like to have access to all of the participating riders’ live metrics during a race, currently only the coverage producers have access to display the data they select from time to time during an event.   However, Velon’s website displays many metrics during the race and is worth a look for anyone that wants to follow along. 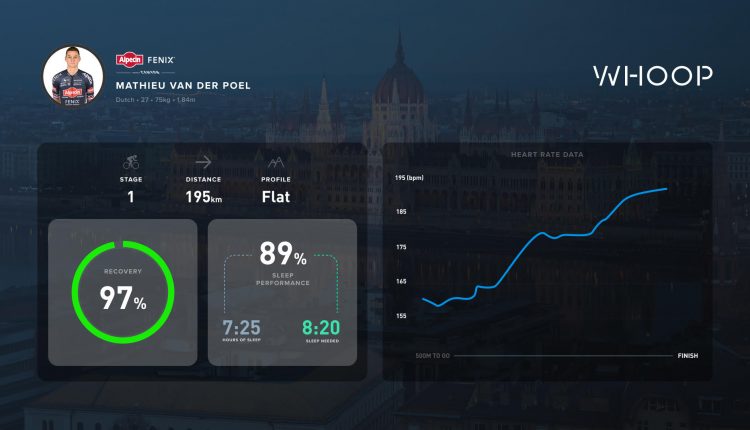 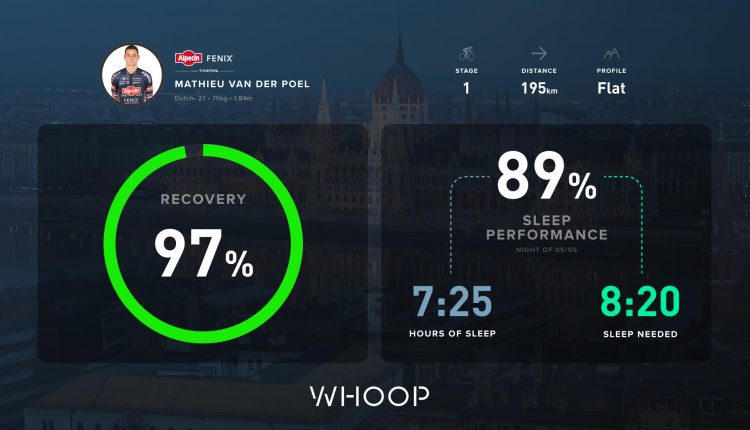 “Velon pioneered live race data in cycling and we’re delighted to be working with a partner who’s made such an impact in sports data analysis,” said Velon CEO Graham Bartlett. “Whoop brings real insights to performance data and we’re really excited to show our sport to the world in new ways.”