Another exotic build from the Twohubs Boutique 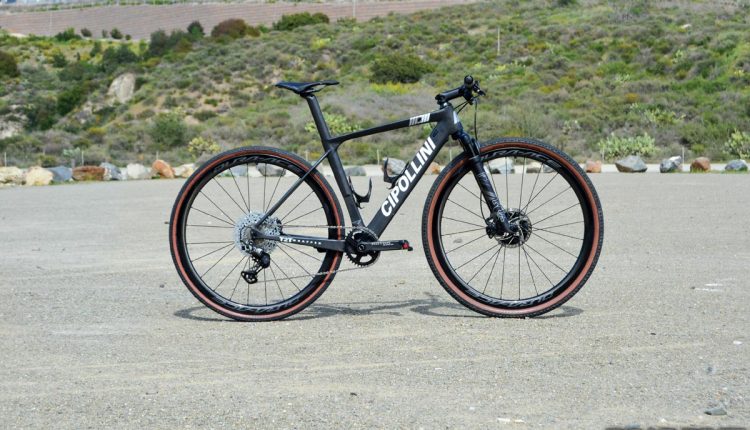 Few SoCal bike shops have consistently proven themselves as adept at building custom, one-off bikes as Chary and Mani, who are the proprietors of the TwoHubs Cycling Boutique in Orange County. Although they deal in all forms of road exotica with a penchant for Euro brands like Bianchi, Wilier and Orbea, it’s the Italian-made bikes from Cipollini that they seem to excel at when it comes to creating their one-off wonders.

Although we run a pretty strict rule at RBA that keeps flat-bar bikes out of our pages, on the very, very rare occasion we’ve been known to make exceptions, which we have done here with Chary’s own flat-bar Cipollini gravel bike—or is it really just a Cipollini mountain bike?! As the segments continue to merge, all we know is that while made in Italy, this Cipollini defies easy categorization and is a bike worth looking at.

CHARY’S CIPO ACCORDING TO CHARY

“The idea for the bike started when Mani and I were talking about racing in the upcoming Over the Hump races, which is really a mountain bike event, but I decided to start with a Cipollini Allroad frame we had in the shop.

“All built up, the bike weighs just 17 pounds, and with the 40mm of travel I get with the Fox AX fork, it’s the perfect bike for Over the Hump—the acceleration is unreal! The fork has just enough travel to take the edge off the bumps, and I think it works better than the Lauf fork (with 30mm of travel), which deflects too much on the fast, hard hits. The whole reason for running the Fox is to not be sketchy on the downhill sections of the course. Also, I tried running a 40mm tire in the rear, but on hard sprints I would get some rub, so I backed it down to 35mm.”