WITH A PURPOSE DEFINED 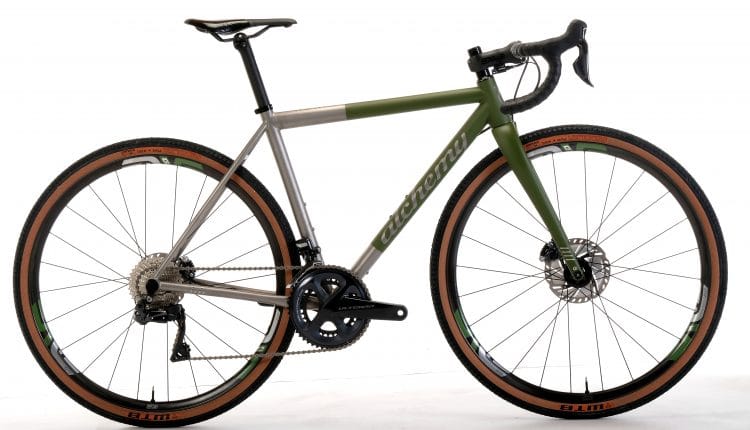 In the 10 years that Alchemy Bicycles has been building their titanium and carbon fiber frames, for at least the last three of those years they have been making two models available that fall under the road/gravel category. In fact, it was three years ago that we raced one of their carbon Hyas dual-purpose bikes at Dirty Kanza.

In the years since, while the gravel category has only grown in size and diversity, it has also shown signs of refinement. For Alchemy, their refined idea of what a gravel bike should be came to us in the shape of their new titanium Ronin.

The first thing we noticed about the Ronin was its profile that was defined by an assemblage of oversized, American-spec’d titanium tubes. The tubes are straight-forward in appearance with only a slight S-bend curve to the chain and seatstays used for compliance.

Alchemy claims there is room for up to a 50mm (or a 650b x 2.1-inch) tire. Owing to the longer rear triangle, a seatstay bridge purposely remains in order to maximize rear-end stiffness.

Number-wise, our 54cm frame rolled with a gravel-friendly 103cm wheelbase and a short, tapered 11.5cm head tube, the latter of which definitely speaks to a racier, performance-oriented rider position.

Our test bike arrived with a Shimano Di2 Ultegra drivetrain and the full kit and caboodle carbon package from Enve, which included their fork, stem, (non-flared) handlebars, seatpost and wheels. The carbon Enve G23 hoops are laced to a pair of venerable Chris King hubs and mounted with 45mm WTB Riddler tires.

Five. Remember that number and we’ll get back to it in a minute.

While we’re not normally in the business of arguing what any bike builder says about the bike they built, we would find some fault when Alchemy says that, owing to the geometry (ie., longer chainstays, longer wheelbase, slacker head tube angle, increased trail and a higher bottom bracket), the Ronin was “not designed to be an all-road bike.”

We acknowledge that the Ronin was not designed as an “all- road” bike, but before we ever hit the dirt, we rode over 150 miles on the pavement with the 45s, as well as with some 32mm slicks, and while it wasn’t the sharpest at cornering as a bike with a sub-99cm wheelbase, it still performed capably. This just speaks to the expansive value of dual-purpose bikes that we continue to find favor in.

Now, as to the aforementioned “five” reference. On our first two gravel outings, the ride quality was, shall we say, less than charitable. In fact, it was harsh. All of which seemed odd considering the pairing of a titanium frame with Enve wheels and big tires. Oh yeah, owing to the fact that the dirt ride started with a few miles of pavement, we were running 35 psi in the tires.

For a third ride on the same loop, we dropped the air pressure down to 30 psi and found the ride quality was only about 100 percent different—and better. The takeaway? Don’t let 5 psi fool you, as the difference in ride quality can be day and night. With less air pressure, not only could the bike make better use of the increased traction, but the Ronin could now be hammered through the stutter bumps with eager aplomb. 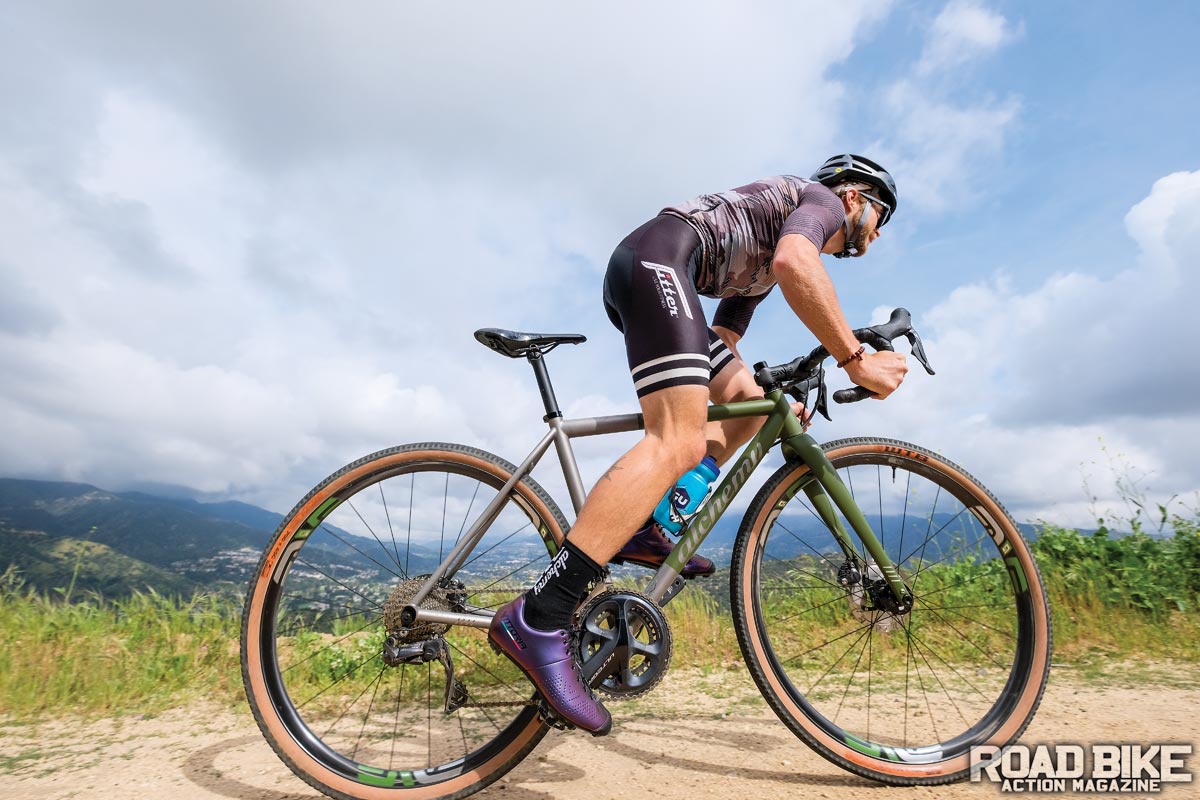 For us, the two visible cues that the Ronin means business, we would point to the short head tube and seatstay bridge. Our test bike represented Alchemy’s stock-size effort, but they are still a frame shop that knows how to cater to custom sizing as well.

As luck would have it, just as we were finishing this test, word leaked from the Alchemy factory that a carbon version of the Ronin would be released later this year. All we knew was that, like the titanium version, the carbon frame would be made in Colorado, priced at $4000 and intended to err on the side of a performance-oriented ride. Having more choices may make choosing one more difficult, but it’s a difficulty we don’t mind enduring. 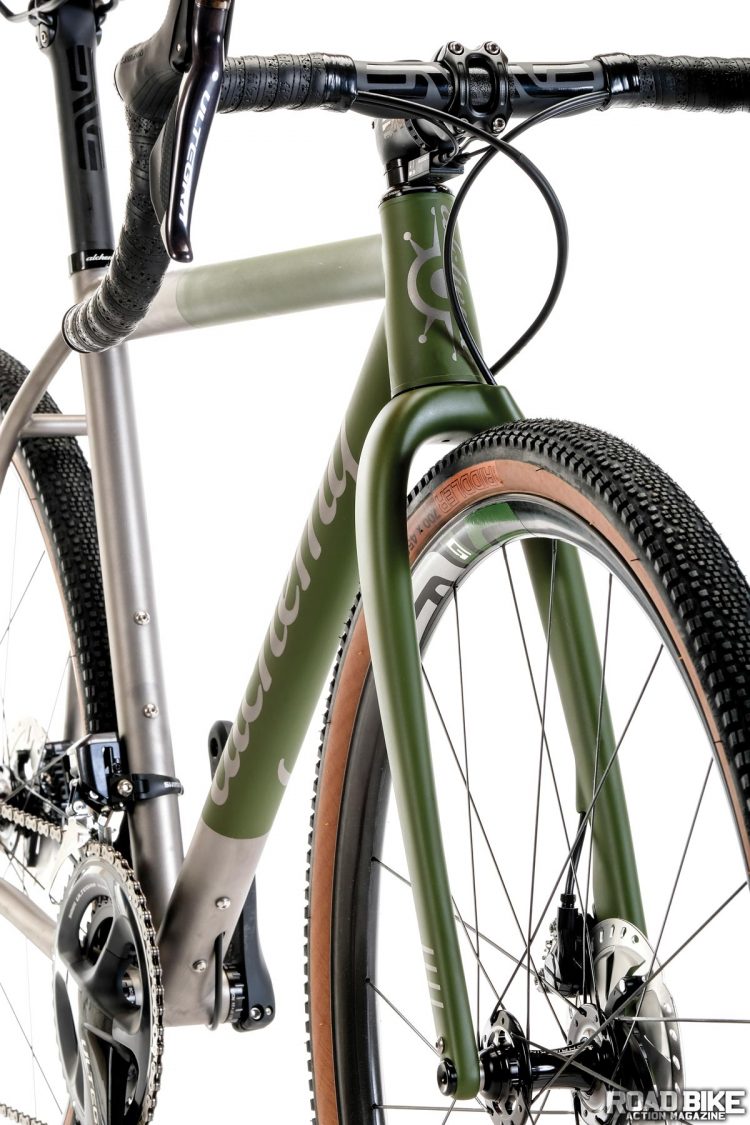