How Tour de France lore plays around in the dirt 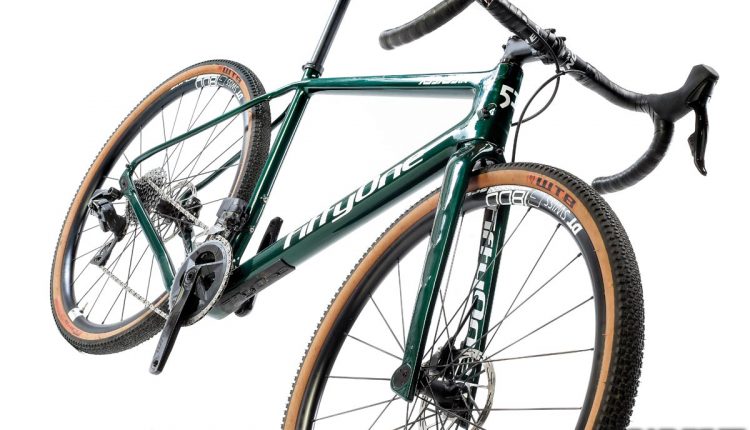 For over five years now FiftyOne Bike founder Aidan Duff has wanted to send us a bike to test. And for over five years we’ve turned him down. The reason? It’s not that we haven’t swooned over his beautifully finished road bikes that show up each year at the NAHBS show, but rather it’s because FiftyOne only builds custom frames, and as a rule, RBA only tests the same production-made frames available to the general public.

Based in Dublin, Ireland, FiftyOne was founded in 2016 by the former pro road racer, and the name was derived to highlight a very unique team dynamic of the sport in which it is teams that compete but individuals who win and lose. Every team has its designated leader, and when the team members receive their race numbers, the leaders always carry a number ending in 1— 11, 21, 31—a subtle sign to make them stand out from their teammates.

For over six decades of Tour de France history, the number 1 is worn by the defending champion. Over a span of nine years, the Tour de France was won four times by the rider wearing number 51 (Eddy Merckx in ’69, Luis Ocaña in ’73, Bernard Thévenet in ’75, and Bernard Hinault in ’78). And for Duff, together they make up four of the greatest stories and wins in Tour history. In the years since, race number 51 has had a special mystique that sets it apart—and a special mystique is what Aidan set out to create with his custom road bikes.

So, with all that said, if we don’t test custom bikes, why are we here?! Because in jumping into the gravel game Aidan decided to save some space in his factory and have his bikes made in Asia. The Assassin is a production-made gravel bike that typically can’t escape Aidan’s penchant for recognizing Tour de France history. In 1910 the Tour de France tackled the high mountains for the first time with not one but four high passes in the Pyrenees, including the mighty Col du Tourmalet, in a single stage of over 320 kilometers (200 miles) and 6000 meters (19,685 feet). At that time every road was gravel, and those in the mountains were especially rough. Summiting the fourth climb, the Col d’Aubisque, eventual stage winner Octave Lapize was furious at the stage’s excesses and screamed at the race’s deputy director, “Vous êtes des assassins! Oui, des assassins!” (“You are assassins! Yes, assassins!”).

The Assassin is a do-it-all gravel bike that leaves room for 47mm tires and can accommodate 700c or 650b wheel systems. The carbon frame and fork have 23 eyelets, offering plenty of mounting points for adventures of all types. The carbon fork even has internal routing for the use of a dynamo hub on the right leg, while the left hides the hose for the flat-mount brake caliper.

The biggest and most notable feature of the Assassin is its use of front and rear flip chips to alter the geometry. There are two fork settings, with the low position creating longer trail for added stability, and the high position speeds up the handling and steering response with more of a “race” feel. A 14.1cm head tube at 69.5 degrees is fairly slack and relies on the front flip chip to alter the fork offset from 53mm (high) to 45mm (low), altering the trail. Our size-medium test bike had a long 105.2 cm wheelbase when in the middle rear flip chip position and a chainstay length of 43cm. The chainstays both drop drastically from the bottom bracket before heading to the rear axle. There are two additional rear axle positions that change the chainstay length that also alters the overall wheelbase—one 5mm shorter (42.5cm) and one 5mm longer (43.5cm). There is a frame reach of 39.5cm and a stack of 56.5cm.

The stock build is intended to be budget-friendly with plenty of alloy components. The alloy DT Swiss G1800 wheels have a 24mm internal width and hit the scales at around 1800 grams. They are wrapped with WTB Riddler 700x45mm tires that have micro tread but lots of volume. The handlebars, stem and seatpost are all Easton AX alloy, offering great value and durability.

While it may not be the most trendy option, our Assassin is built with a wireless SRAM AXS 2x drivetrain. A 43/30t SRAM Rival Wide crank is matched to a 10-36t, 12-speed cassette with matching Rival derailleurs. The Rival flat-mount brake calipers are paired with 160mm, rotors allowing for good braking modulation when either geared up with bags or slowing in a fast-paced event.

When first setting up the Assassin we noticed that the overall geometry is long, but the size medium is a bit small for us. The frame reach is spot-on, but the short 80mm stem and zero offset seatpost had us positioned much further over the front than usual. After only a few miles with the rear axle in the middle position and the front in the low, it was obvious that this was a very stable setup when over 8–9 mph. On the road at speed you have to really lean into the bike to make a turn. If you are carrying gear or tired from a long ride this could be a benefit, as the bike doesn’t over-respond when shifting your weight around or if you make a mistake.

The front flip chip is easy enough to swap on the side of the road, but it’s not something we would recommend. We switched to the high position and the bike really came alive. The handling was surprisingly quick and the bike much more playful. We were impressed how such a small modification could alter the overall feel of the bike so much while still delivering so much balance. For us and our riding style this is definitely our go-to setting.

We swapped the rear to the longer and shorter position, and to be honest, it was hard to feel the difference. We would say that this is more of a fine-tune setting that allows you to dial up or down the change up front but not something we felt we needed to do. The short position in the rear and high up front is definitely the most all-road or responsive race position. We found that the middle in the rear was still our go-to.

The 45mm tires did much better than we expected on the road, especially when in the high flip-chip position up front. The Assassin reminds us of the Cervelo Aspero but with less aero compromise and even more versatility. It also reminds us of the Canyon Grizl, which is more of a monster gravel bike. The Assassin is in a way both thanks to its dual flip chips. When you get the Assassin in its true environment—the dirt—the bike truly shines. We felt like we were on a much lighter and more expensive bike, as it was easy to maintain speed without needing to be too picky on our line choice. The large tires mute imperfections, but the overall front-end feel is a bit harsh on really rough terrain.

The DT Swiss G1800 wheels are spot-on for a bike that has this much versatility but are a little heavy if racing is your thing. The alloy rim is 25mm deep, and the tubeless construction with 24mm internal width makes it a great fit for almost any tire size. The SRAM Rival AXS wireless shifting is just as good as its more expensive AXS alternatives, just lacking ports in the hoods and the ability to add remote shifters. 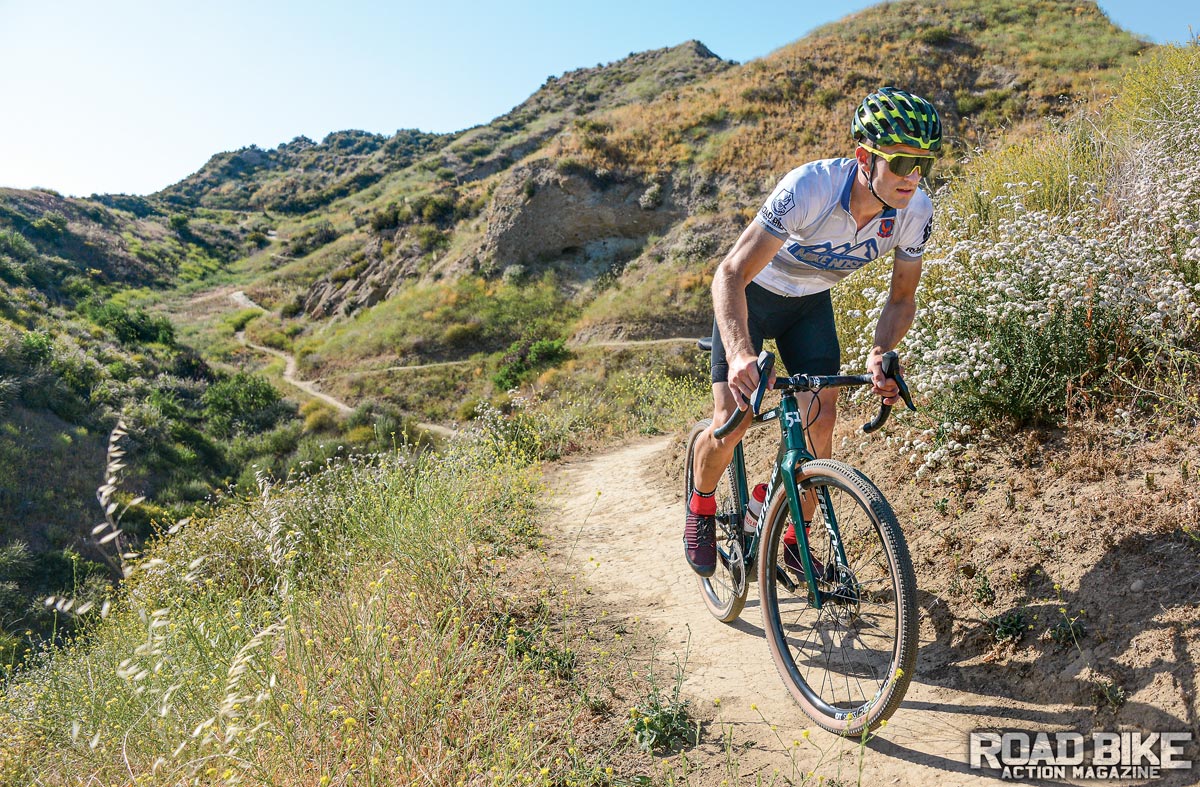 At the end of the day, the FiftyOne Assassin is a solid bike that offers a lot of versatility. From the race-oriented hammerhead to the back-road explorers, the Assassin really offers a setting for all. Our biggest complaint was the front-end stiffness when we were getting a bit too rowdy. Between the burly fork made for carrying gear and the stiff alloy cockpit, we were left wishing for a bit more compliance than the 45mm tires could offer.

The bike’s adjustable geometry creates capability in place of compromise, allowing you to tailor the handling to how you ride. Thanks to the multiple geometry options, the Assassin is marketed towards explorers, shredders, racers, bike packers and pretty much anyone who loves getting away on the road less traveled.

When we were not trying to race down the narrow singletracks and were on what most would consider gravel-worthy roads, we were more than content. The 2x drivetrain is perfect for a bike that could be at the front of a race or carrying lots of extra weight. The range with still-tight gear gaps is something the 1x can’t achieve. The rear flip chip will likely be set once you find the setting you like, but the front is the real game-changer. Just make sure you have a 2.5mm Allen on your multi-tool if you want to flip it while on a ride. Overall, the Assassin might just live up to its name and able to take just about everything you can toss at it. The best part is, even you can rock the special number 51 on every ride.

Fine-tune your geo at home

Carbon handlebar upgrade would be ideal

VINE REPEATS ON THE VUELTA STEEPS