Froome Looking to Make Up for ’12 “Frustration”

Chris Froome will return to the scene of one of his most frustrating moments at the Tour de France on Thursday. But the three-time champion said after Wednesday’s 11th stage he has no regrets about the day he was denied the chance of going for a stage victory in Peyragudes as he had to wait for team leader and eventual champion Bradley Wiggins.

“I have mixed feelings. On that day there was frustration for not being able to go for the stage win, but at the same time I had great feelings and great legs. “I would be very happy if they felt the same tomorrow.” The 17th stage in 2012 was won by Spaniard Alejandro Valverde by just 19 seconds as he held off the charging Froome and Wiggins.

But several times Froome had been able to accelerate away from his team leader, only to be called back to wait for Wiggins, the yellow jersey holder at that time. “I’ve no regrets, that’s not who I am. I will continue to look forward and in the moment I made the right decisions,” said Froome.

Thursday’s 214.5km stage will be crucial to the overall standings, according to Froome, and he’s expecting his rivals to try something audacious. “It’s interesting, it’s going to be certainly one of the stages that shapes this year’s Tour de France being one of the only uphill finishes left now — there are two of them,” said the Sky team leader. “From our point of view, we don’t want to see guys who’ve lost time already getting back into the game, so we aren’t going to let any GC contenders get up the road to get that time back. “But my focus is on Fabio Aru who’s only 18 seconds behind.”

While the last two flat stages since Monday’s rest day were relatively simple and tranquil for the overall contenders, some still managed to get themselves in bother. 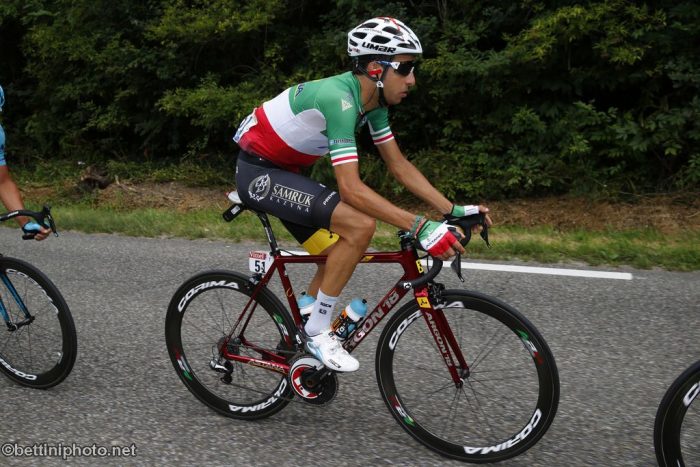 Romain Bardet, third overall at 51sec, came off his bike twice, as did two-time former winner Alberto Contador. “I’m ok, I’m happy to have finished with that stage, it was nervy,” said Bardet.

“I was caught up in crashes twice so I’m happy to have come out unscathed and to have finished with these flat stages. “It’s never nice to crash twice — these are the type of days on the Tour where you have to know how to accept your pain with patience, kowtow a bit and wait for better days.” Contador might have been thinking about attacking in the Pyrenees but his two crashes, added to two more last Sunday, have left him looking just to survive until the Alps.

“This complicates things a lot for me in the Pyrenees but there’s no way I’m letting my head go down,” insisted the 34-year-old, who is already five minutes down and 12th overall. “When things go against you, instead of thinking of other things or other objectives, you need to be stronger, more determined, and that’s what I’m going to do.

“This certainly doesn’t help. I’ll have to wait for the Alps (to attack).” Colombian Nairo Quintana vowed to attack if he has the strength, although he’s been complaining of a lack of that the last few days. He cracked on the final climb last Sunday and has drifted out to eighth overall at 2min 13sec from Froome. But he too is staying positive.

“We’re not far and we’ve not lost hope. We’ll see how tomorrow goes and how the legs are. “For the moment they feel good and we hope they’ll get better still.” 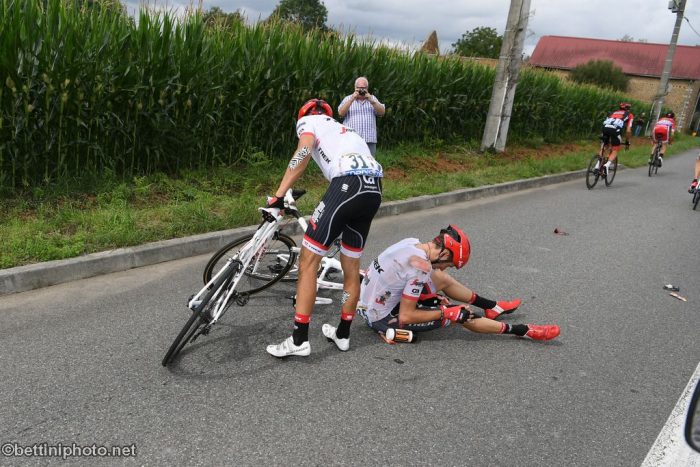