In the final battle of Colombian glory, Nairo Quintana found himself yo-yoing off the back of the breakaway on stage 6. Although within reach of the GC leaders, Quintana pounced on the breakaway in the final kilometers and solo’d for the win on the final stage. 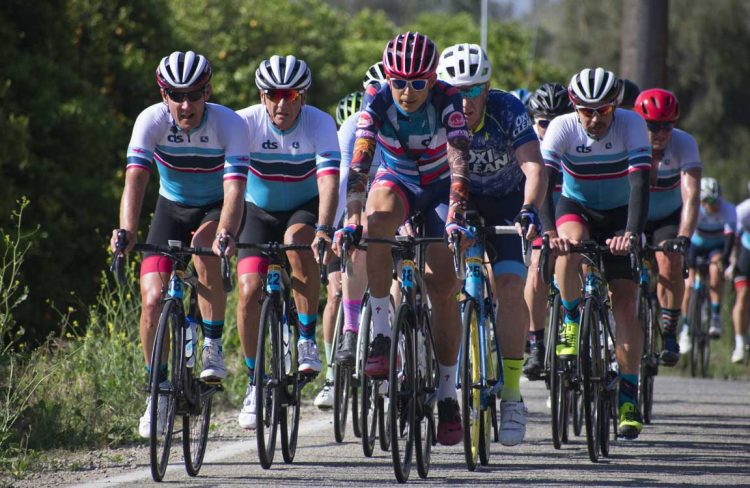 Group rides are an essential social hub for local cycling communities and play an important role in developing riders’ skills, savvy, and speed. I am a big proponent of incorporating group rides into athletes’ training plans – even if they have no plans to compete or participate in mass-start cycling events. The key is to understand the pros and cons of group rides and to integrate them into your training at the right time.

Too Hard or Too Easy

A group ride that leaves you wasted for two days can be a good thing, but not if it keeps you from accomplishing more focused training. I see this more in athletes who are already training at a challenging level. If I’m pushing you hard for a focused training block, then hard group rides can be enough to tip you over the edge. Instead of maintaining a steadier level of stress, you spike training stress and have to end the block early because you can’t recover well enough to continue. To use a NASCAR analogy, if I’m holding you just below redline for 10 laps I don’t want you punch it and blow the engine with two laps to go.

Though more rare, group rides can also be too easy. For Time-Crunched Cyclists who can only get 6-8 hours of training in a week, spending two of those lightly spinning with the Coffee Shop Shuffle might not be the best use of that time. This is a more difficult argument to make, however, because that ride has other valuable benefits (social connections, community engagement, and just plain fun!) even if it’s slow. In the end, I’d rather see you ride than not, and if these group rides keep you on the bike then I’m all for it. 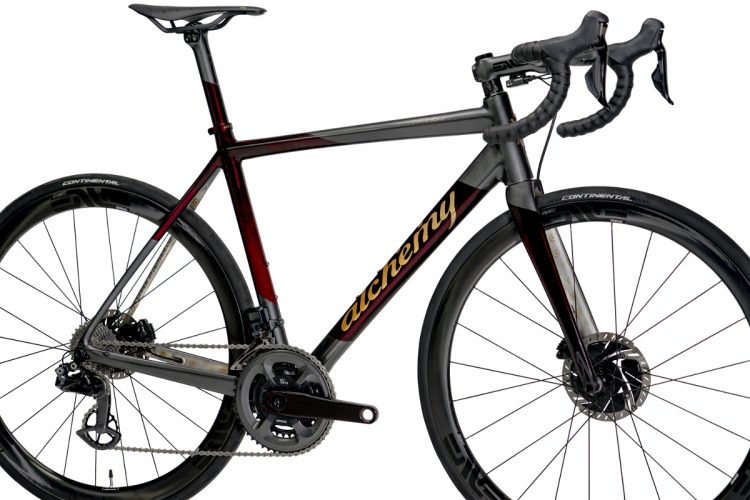 While recently conversing with the lads over at Alchemy Bicycles about a new gravel test bike, they  made mention of a limited edition carbon bike they were releasing to celebrate their ten years in the frame building business. The asking price? $16,000.

The Helios was their first carbon  road frame and in addition to the beautiful paint, the anniversary bikes are individually numbered and, for the added cost of $3000, you can score a 14k gold plated head badge. A nice touch is that all the finishing parts are painted to match the frame in a combination of Cherrybomb tint, Gunmetal, and Black.

Handmade in their Denver, Colorado factory, the Helios 10 is built with a smattering of high-end components including a Shimano Dura-Ace Di2 drivetrain and wheels and cockpit from Enve Composites. For the $16k asking price, you also get a custom travel case and riding kit from Eliel. Oh wait, for another $2500 you can have an SRM power meter crank included.

After months of rumors and hushed discussions, Floyd Landis has finally secured a new pro racing team under the auspices of his CBD empire, Floyd’s of Leadville. Here’s what the release had to say…

Floyd’s Pro Cycling’s schedule for their first year of racing prioritizes variety and fun as much as tradition, with the team now naming the races on their inaugural calendar. Joining in to support FPC’s efforts are new team sponsors including Presenting Sponsor Worthy Brewing, Biemme cycling clothing and Louis Garneau.

On the pavement, the season features a number of marquee U.S. races including the Redlands Classic, Tour of Utah and the Tour of Gila, and expands to Asia with the Tour of Langkawi and Tour de Taiwan.

Departing from the norms of UCI road racing, 2019 will also see FPC riders in the start grid at gravel and MTB events including the Belgian Waffle Ride, Dirty Kanza and Leadville 100. This innovative schedule fits perfectly with FPC’s goal of providing young riders with a world-class platform to experience the adventure of a life in cycling. 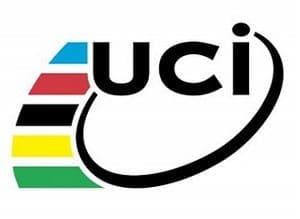 Glasgow will host all 13 of cycling’s world championships in 2023, the International Cycling Union’s (UCI) president David Lappartient announced on Friday.

“This historic and innovative competition will be held over two weeks in August 2023” Lappartient said at an announcement at the Sir Chris Hoy Velodrome.

The competitions for rainbow jerseys in road, track, mountain biking and BMX have taken place on an annual basis but it will change from 2023. 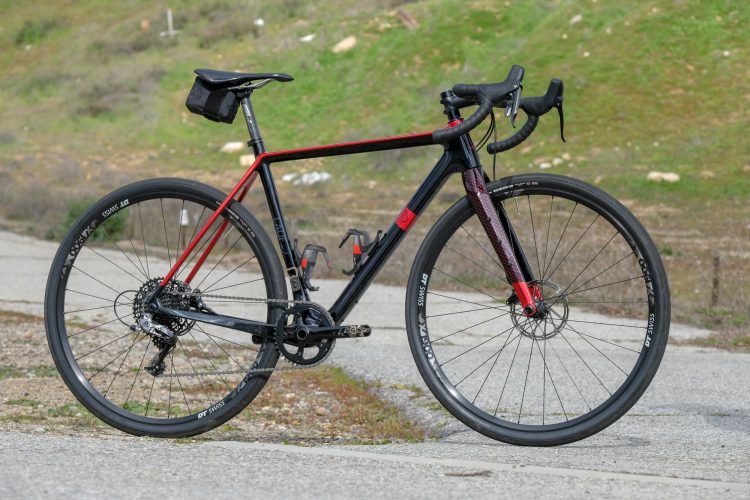 Back in 2017 we were luck enough to make the trip to Iceland to experience the first complete bike that Lauf produced. They were known for their innovative suspension fork that has no moving parts and instead relies on glass fiber springs that flex. The move into frames was a natural evolution, allowing them to perfectly spec the geometry to highlight their forks characteristics.  At this same launch, some of the bikes we rode had a Lauf full carbon bar that they later decided to hold off on releasing.

Now after two years of True Grit sales they are launching their second bike the Anywhere. One of the most frequent questions they got from dealers and customers has been, which ridged fork would best match the True Grit? The True Grit has been popular all over the world and many of their customers have realized just how capable the bike is on or off the pavement. With this has come the hunt for a fork that might be better suited for those rides on the smooth roads. The answer from Lauf is the Anywhere but it’s more than just a rigid fork swap out.

Lauf knows and understands the importance of being comfortable on a bike means higher performance for a longer time. So they made the rigid fork that customers were looking for but the real innovation is in the new bars. They call the new bars, Smoothie and for good reason. Lauf has taken their extensive experience with high-performance S2 glass fibers and implemented it into their bar design. 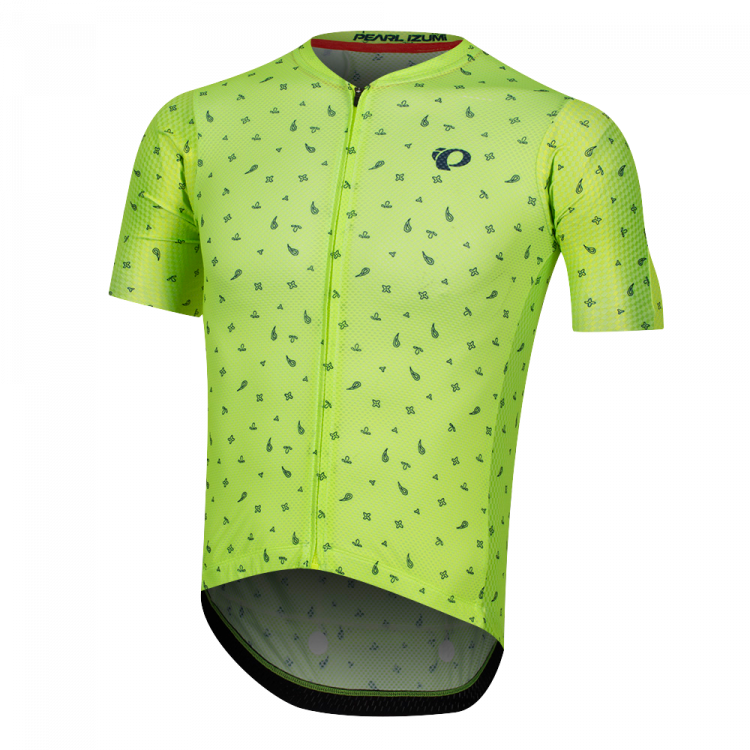 Pearl Izumi, the world’s leader in cycling apparel and footwear, has transformed its Road collection with new styles, colors and designs. With a refocus on simple sophistication and sleek design, the new 2019 Road collection is like nothing Pearl Izumi has ever created.

“Our mantra for this season was simplify to amplify,” said Michael Thompson, Global Category Manager. “We challenged ourselves to remove panels, streamline materials and make it easy for riders to create great looking outfits. You’ll see an increased emphasis on sleek details too, including laser cut hems and bib straps, that look and feel great on the rider.

The 2021 Tour de France will start in Denmark with an opening stage in Copenhagen, organizers announced Wednesday.

Cycling’s most iconic race will open with a team trial around the Danish capital, known for its pro-cycling policy.

Two other stages are scheduled to be held in Denmark, according to Europe 1: a coastal ride between Roskilde and Nyborg, followed by a stage between Vejle and Sonderborg.