Welcome to the May 22nd, Mid-Week Report!

Welcome to the May 22nd, Mid-Week Report!

Mark Cavendish’s misfortunes continue. After a disappointing Spring campaign Cavendish arrived at the Tour of California looking for stage wins. The Briton looked to be in contention on the run up to the finish of stage one but couldn’t pull off a result. For the remainder of the week Cavendish could be found off the back of the race struggling to survive the time cuts.

A 60kph crash on the home straight took out German sprinter Pascal Ackermann during stage 10 of the Giro. Winner of two stages so far, and wearer of the sprint points jersey, Ackermann got back in the saddle and trundled across the line with the left side of his outfit in tatters, showing painful looking grazes.

Ackermann retains a slight advantage over Demare in the sprint points ranking and both riders intend, unlike many others, to finish the Giro in the hope of winning the Cyclamen Jersey.

WORKOUT WEDNESDAY: HOW TO EAT AND DRINK FOR MULTI-DAY EVENTS 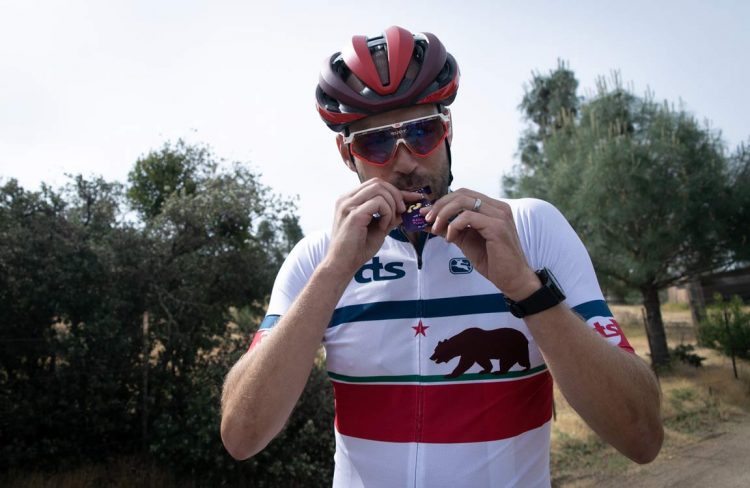 This week I am riding the 7-day Amgen Tour of California Race Experience, Coach Colin Izzard worked with riders at the 3-day Chef’s Cycle ride in Santa Rosa, CA, and on the East Coat coaches Matthew Busche, Reid Beloni, and Nina Laughlin are riding with CTS Athletes at a 3-day event in Asheville, North Carolina. One of the important roles we play as coaches during these events is helping athletes adapt their nutrition and hydration strategies to optimize their energy and recovery from day to day.

Here is how you should eat and drink to ride strong all the way through a multi-day cycling event (or training block).

Eat breakfast – but not too much

Many multiday events feature early start times. During the ATOC Race Experience, we have to be on the road by 7:00am – sometimes even earlier. That means you’re not going to wake up to eat 2-3 hours ahead of the start. To get more sleep you might eat an hour beforehand instead.

When eating sooner before a long day on the bike, it is wise to eat a lighter meal so you can digest it and avoid starting feeling full or bloated. Try a couple of eggs for protein and fat, and carbohydrates from cereal, a bagel or bread, or a bowl of rice or potatoes. If you eat dairy, a bowl of cereal and yogurt can be a good combination.

The big thing is not to stuff yourself. Yes, you have a long day on the bike ahead of you, and especially after the first day you’ll likely be hungry in the morning. However, for sustained energy and to feel good in the first hour (which is often a high pace), I recommend eating a smaller breakfast and starting to consume food on the bike sooner.

Australian Caleb Ewan won a sprint finish to take the 11th stage of the Giro d’Italia on Wednesday, just ahead of Frenchman Arnaud Demare. Italian Valerio Conti, riding for UAE Emirates, kept the overall leader’s pink jersey before the race heads for the first day in the Alps on Thursday. The 24-year-old Ewan of Lotto-Soudal claimed his second stage win of this year’s race, four days after winning stage eight at Pesaro.

Three Italians who have been consistently active in breakaways — Marco Frapporti, Mirco Maestri and Damiano Cima — once again led a long escape in the 221km stage raced entirely in sunshine. The trio were caught 25km from Novi Ligure, in northwestern Italy.

In the sprint, Australian Ewan chased down German champion Pascal Ackermann, who had to settle for third, a day after crashing. Demare of Groupama-FDJ, the winner of the crash-marred 10th stage at Modena, snatched second place for a boost to overtake Ackermann at the top of the points standings.  Italian Elia Viviani, winner of four stages last year, once again fell short, finishing fourth in the sprint.

Thursday’s 12th stage covers 156km between Cuneo and Pinerolo in the Italian Alps, the scene of Fausto Coppi’s mythical long-range attack in 1949.

Tadej Pogacar won the Tour of California on Saturday, finishing safely in the pack as Cees Bol crossed the line first
in a chaotic finish to the seventh and final stage. Pogacar, the 20-year-old Slovenian who rides for UAE Team Emirates, became the youngest winner of the United States’ biggest stage race.

He had seized the overall race lead on Friday, when he snatched victory in the final few meters of the sixth stage — swooping past Colombia’s Sergio Higuita on the final bend to finish first at the summit of Mount Baldy.

Pogacar captured the overall victory ahead of Higuita (Education First) and Deceuninck-QuickStep’s Kasper Asgreen of Denmark.

Asgreen gave Pogacar cause for concern when he joined a breakaway 15 kilometers from the finish and winning a bonus sprint.

But UAE, assisted by Sunweb, reeled in the break just before the start of the last lap of the finishing circuit.

“It was really tough stage once again,” Pogacar said. “On the climb EF was really making pace and caused all my riders to drop.

“I’m lucky we had one guy in the breakaway that helped a lot. After the attack of Asgreen I knew that my team is coming from behind with full gas.”

In our 10th annual May “Euro issue,” we take a special opportunity to share, highlight, extol and celebrate everything that the overseas crowd has brought to cycling. Yes, I know, while the majority of the bikes and parts inside share European brand names, the majority of them are all made in Asia. Such are the modern realities we have to deal with. Nonetheless, the look and lure of the European products still make us swoon—and there’s nothing a little swoon can’t make better, eh?

Also in this issue is the first glimpse of a truly all-new drivetrain. And by “all new,” I don’t just mean in appearance but in actual design philosophy. After a few quiet years following the introduction of their eTap drivetrain, in an attempt to improve the ride experience for the rider that goes far beyond easy installation, SRAM has come storming back with a version of the wireless shifters and derailleurs (page 76) that will do just that.

Dubbed “AXS” (as in access), SRAM is really looking beyond the components themselves and focusing on the actual experience of the end user. As leery as I am to use the word “radical” as a common descriptor of bicycle parts, SRAM’s new drivetrain just might fit the bill.

STRENGTH TRAINING: BUILD A BACK FOR CYCLING