Now known as Unbound Gravel, these are the bikes that extended our adventures 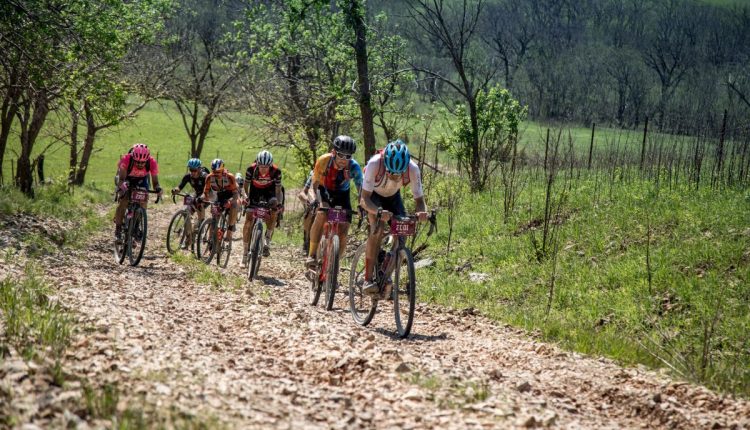 Here we are in the days leading up to the year’s first major gravel race – the Unbound Gravel 200 in Emporia, Kansas. Thanks to the lingering societal effects of the COVID pandemic (which resulted in last year’s event being postponed,  there were many questions remaining about what would happen this year.  But all signs are good with the weather looking like it will cooperate.

Unlike previous years when RBA was able to jump into the event with full-effect, it was not to be this year. As a result only David Kennedy and our all-around helper John Perry will alone be staging early in the morning chill on Main Street this Saturday. Look for live coverage with FloSports.

To celebrate the re-arrival of the race which can be likened to the Daytona 500 of gravel races, we thought to scroll back through the ages to have a look at some of the bikes that we’ve put to good use on the rugged and sharp flint rock roads that crisscross Kansas.  Beyond the bikes, RBA owes a big debt of gratitude to all the riders who’ve helped us fly the banner over the years, starting with former editor Neil Shirley who is responsible for kicking-off our gravel endeavor in 2014. 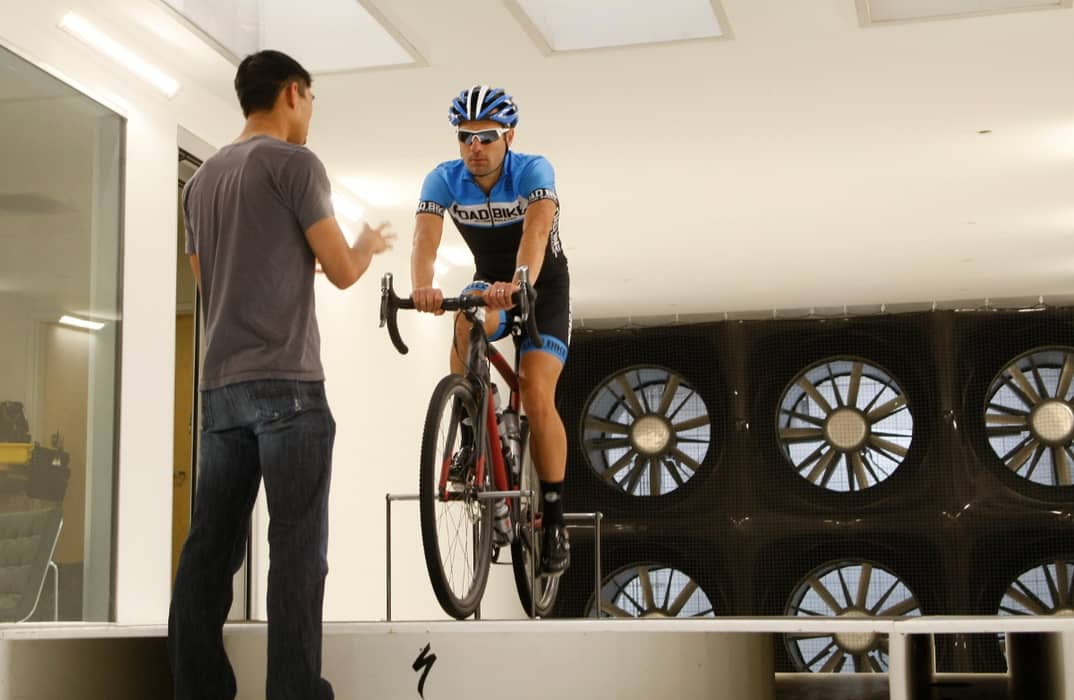 Three years prior to Gerard Vroomen rolling out his aero-inspired 3T Exploro gravel bike last year, former RBA editor Neil Shirley got our Kanza ball rolling by jumping into the Specialized wind tunnel to maximize the aero performance of everything from his Crux race bike to his clothing and accessories. In his first year out in Kansas, Neil got rammed from behind and suffered a broken derailleur. After turning his bike into a single-speed, Neil eventually limped in just over 15 hours after he started.

Four-time winner Dan Hughes cautioned, “durability is a must when riding in the Flint Hills, and shouldn’t be a place you look to save weight”. Since there isn’t any follow car support like in road racing, and the checkpoints are 50 miles apart, you need to be able to fix any mechanical problems that might arise, making equipment choices all the more important. 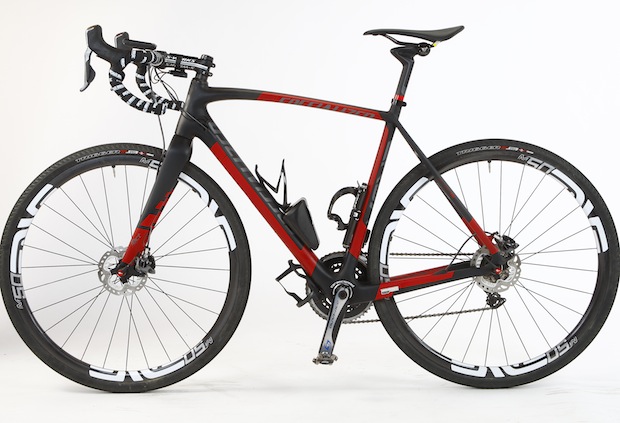 We started with a stock Specialized Crux Evo then made a few modifications, including swapping the 40mm deep Roval CLX 40 wheels for Enve’s new M50 29er wheels that are tubeless-ready and have a wider rim width that is ideal for the Specialized Trigger 28c tubeless tires.
Finding a bike that’s up to the challenge, and that would fit my needs, was the first thing that needed to be done. About the time the project popped into our heads at RBA, we caught wind of a soon-to-come Crux Evo “gravel bike” from Specialized that Dirty Kanza winner Dan Hughes helped develop. Although the Crux Evo maintains the same geometry as the standard Crux cyclocross bike, what it provides is the addition of a third water bottle cage on the underside of the down tube, and the SWAT Box, a storage box mounted below the water bottle cage that holds a tube, Co2 cartridge, and a multi-tool. With checkpoints spaced 50 miles apart at Dirty Kanza, the third water bottle mount was an important feature, as are practical storage solutions. I figured if it was Dan Hughes approved, it was good enough for me. 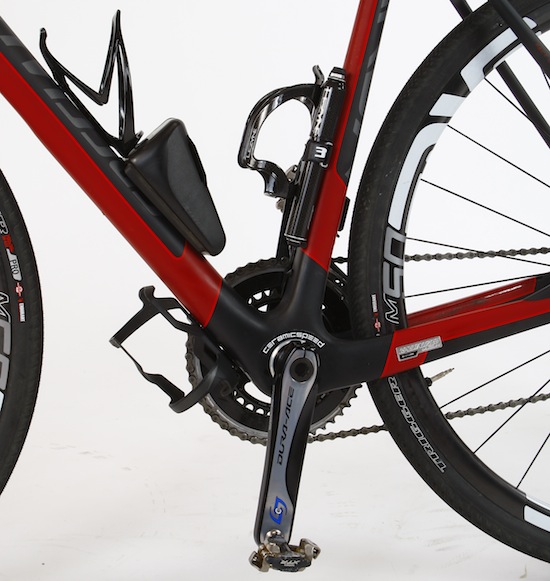 The Crux Evo was inspired by 4-time Dirty Kanza 200 winner Dan Hughes, who wanted a third water bottle cage and the SWAT Box storage system that’s found on some of Specialized’s mountain bikes. 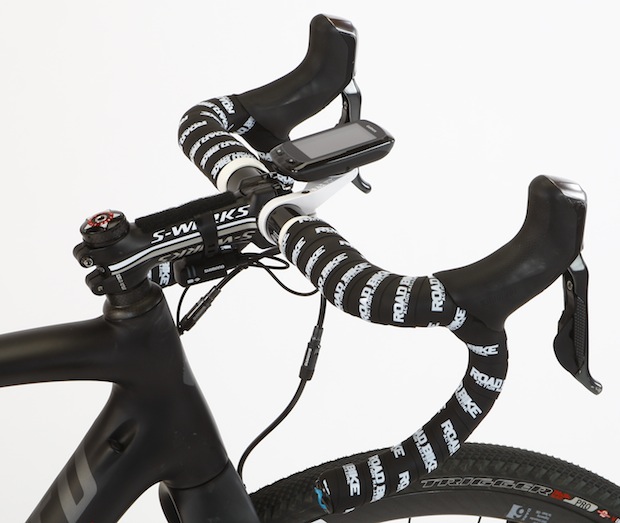 Since course markings for the route are minimal, having a navigation device is important. We rigged up a Garmin 810 with an external battery pack that will mount atop the stem to ensure battery life isn’t going to be an issue. Zevlin Big40 tape is wrapped over gel pads on the handlebar to give some added comfort.
Picking the parts build for the Crux Evo proved to be a mix of new technology, and some long-proven parts, like Shimano’s Di2 drivetrain. The Di2 build included Shimano’s new R785 hydraulic disc brakes with 140mm IceTech rotors, which were mounted to DT240 hubs that had the stock bearings replaced with CeramicSpeed bearings (so too were the bottom bracket bearings and derailleur pulleys). The hubs were laced to the latest tech from ENVE Composites, their M50 29er clincher rim. Since 29-inch and 700c rims are the same diameter, the M50s worked with the 28c Specialized Trigger tubeless tires I had decided upon. After adding a few ounces of Orange Seal sealant, I had a wheel and tire combination that was light, fast, and proved durable in training. Final pieces to the build include a Stages Power meter on the left Dura-Ace crank arm and Zevlin Big40 customized handlebar tape with gel pads underneath. 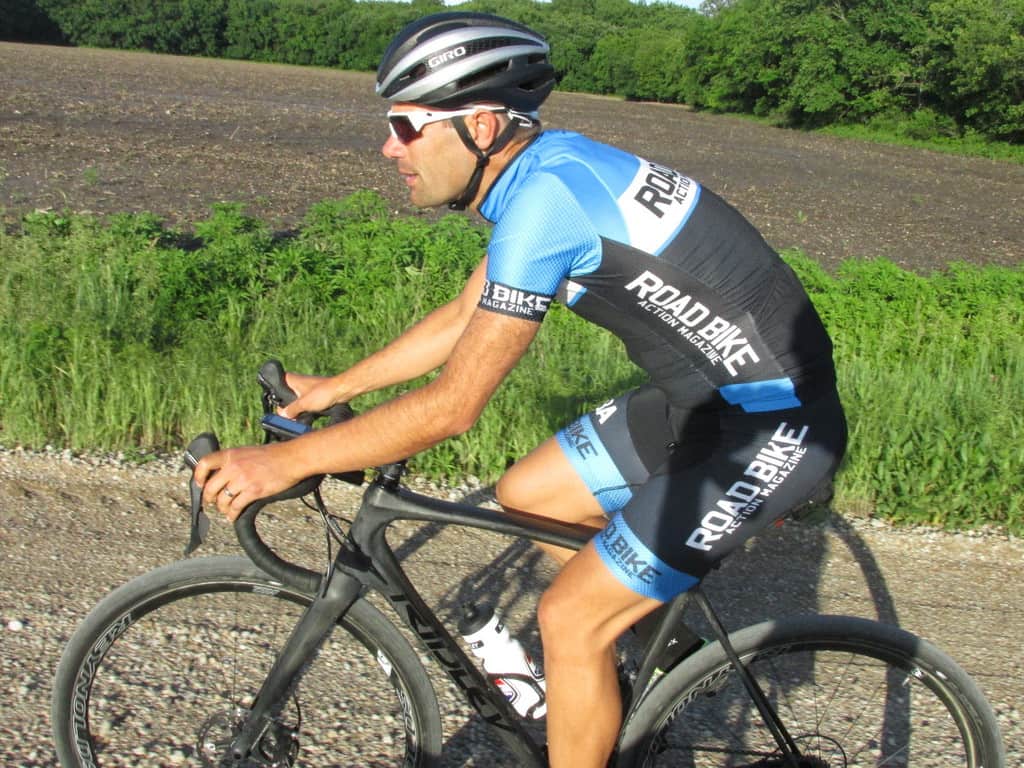 For his second attempt at the DK 200, Neil worked closely with Ridley in developing their X-Trail gravel bike. Of all the Euro bike brands, Ridley was an early adapter of the gravel scene. Just as occurred  in the previous year, Neil’s race came unglued early on with a broken rear derailleur. 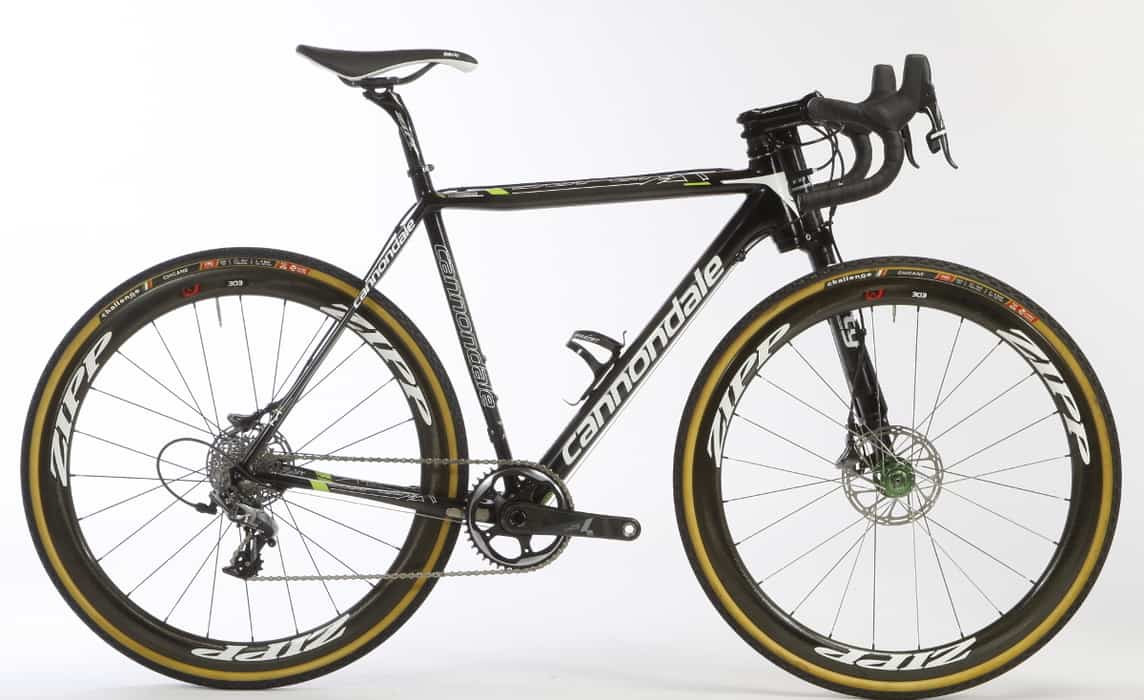 After spying Tim Johnson’s prototype race bike mounted with a Lefty fork in the pits at the 2015 cyclocross national championships, Zap figured that the 30mm of front wheel travel would be a boon for his attempt at the 100 mile half-pint race. This was the year of the big rain that created a four mile hike-a-bike section. It was from this bike that Cannondale took certain design cues to create the Slate and later, the revamped (and much improved) Super-X cross bike. Other than a bruised calf from  the four miles of pedal slap while crying and pushing the bike, Zap was able to finish in 24th place on the Cannondale. 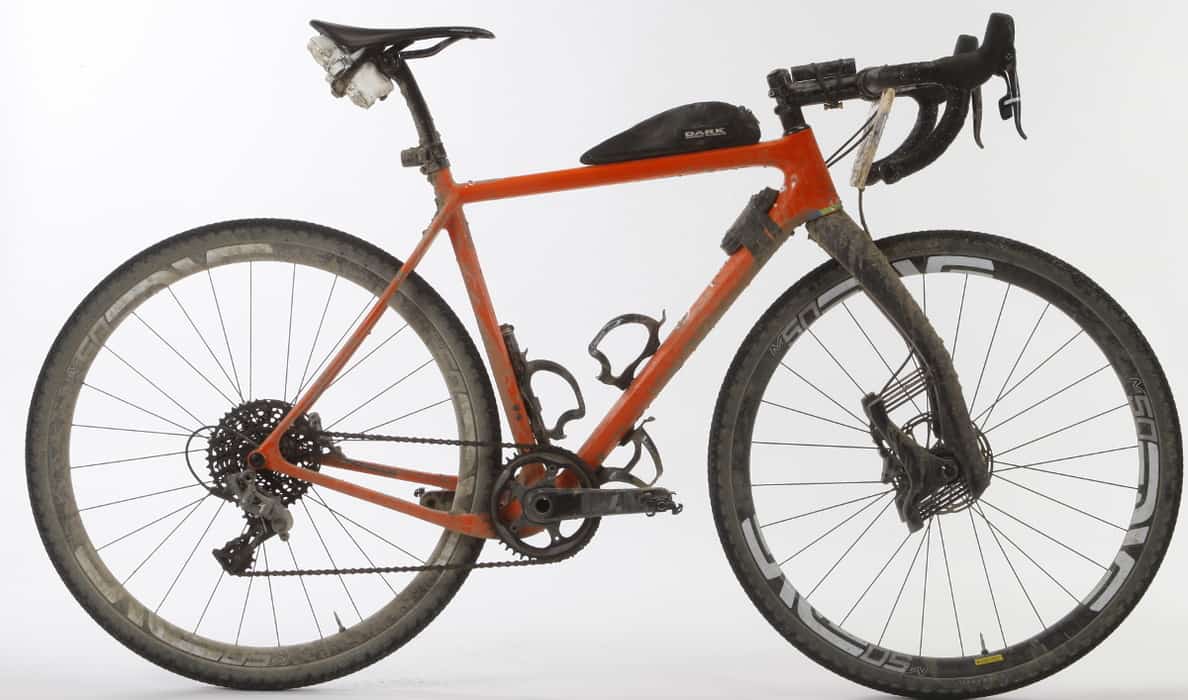 Furthering our effort to bring something new to Dirty Kanza each year, Neil hitched an exclusive ride aboard the much talked about Open UP gravel bike in 2016. Up front we mounted the Lauf gravel-specific suspension fork that had 30mm of travel. Neil took full advantage of the Open’s asymmetrical chainstays to run 38mm Teravail tires mounted on Enve wheels, plus three bottle mounts the top tube storage box. 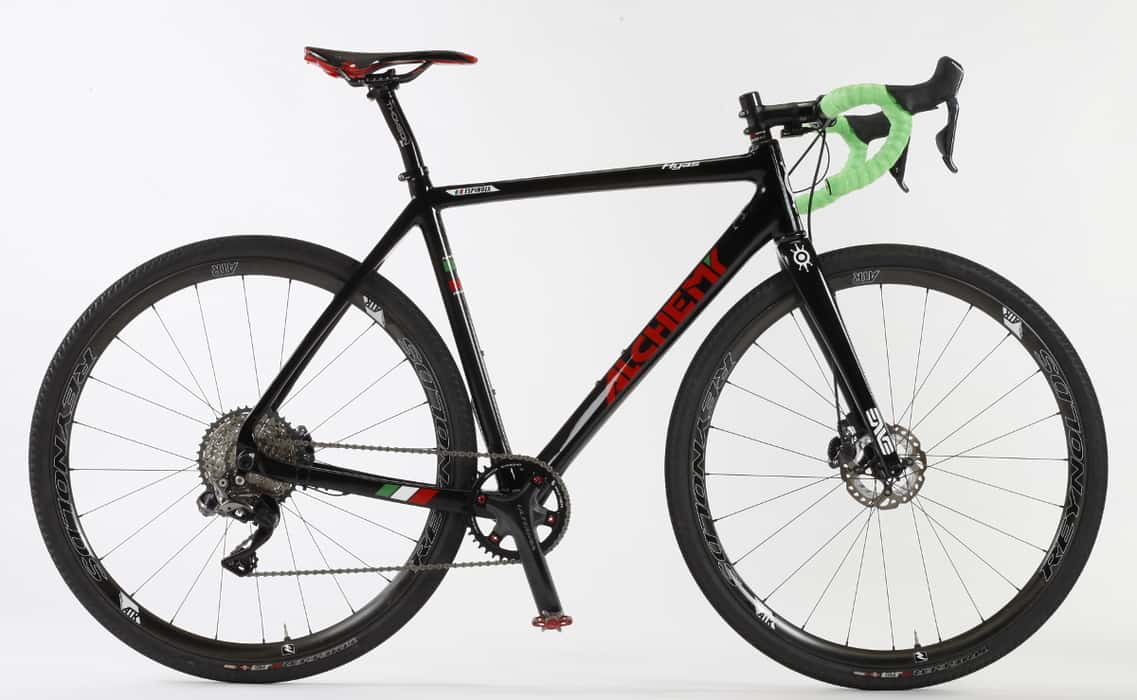 Although Zap had his special Di2 1x Shimano drivetrain(Ultegra shifters mated to an XT rear derailleur and 11-42 cogset) figured out in advance, it wasn’t until the Sea Otter Classic in mid-April that the frame came together thanks to Alchemy who supplied a carbon Hyas for the effort. Reynolds wheels, Specialized Trigger Pro tires, Pro aluminum stem & handlebars,  a Thomson aluminum seatpost and ProLogo saddle, 140mm rotors, Lizard Skins bar tape, and Crank Bros. Candy pedals rounded out the accessory package. Of course if it wasn’t for his Wahoo Element GPS computer he would probably still be out their looking for the route to the finish. 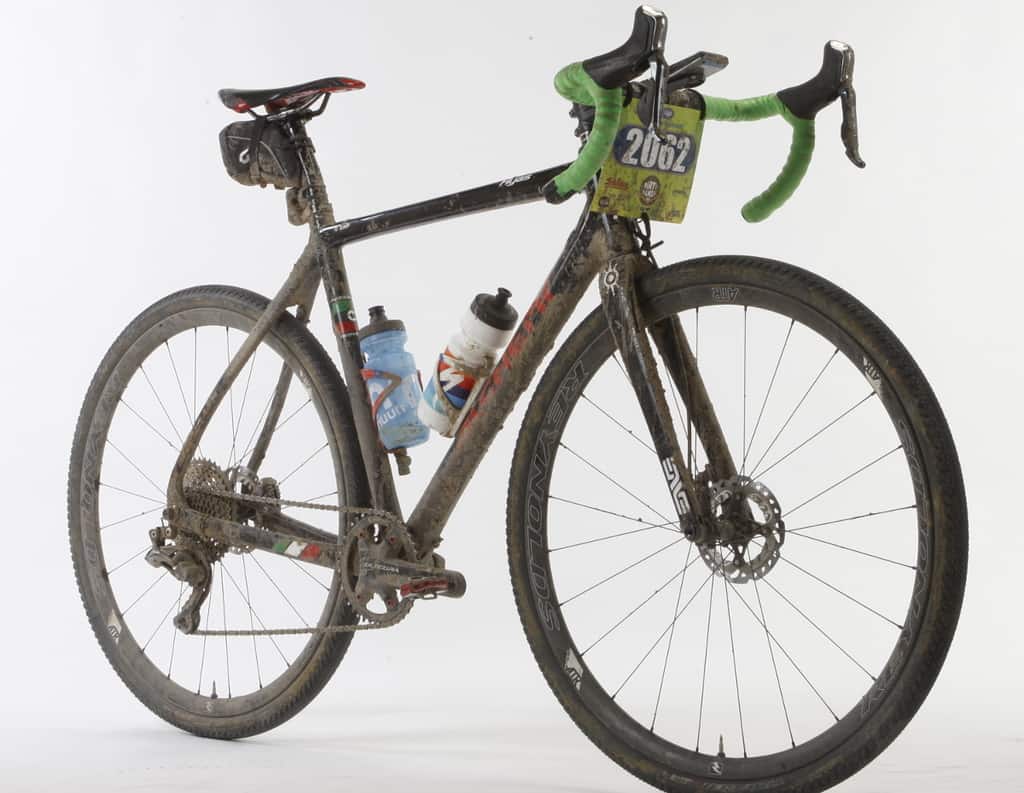 This is what most bikes looked like in their post-Kanza profile. Each year it’s the combination of mud, head winds, heat or cold (depending), and notorious flint rock roads that provide the most grueling challenge to finishing.

For the fourth year running Road Bike Action is readying a team to compete in what is arguably the toughest & biggest gravel race on the calendar – the Dirty Kanza 200. In the coming days RBA editors Troy Templin, Jon Hornbeck and RBA contributor Janel Holcolmb will be heading to Emporia, Kansas to tackle the longest bike race any of them have ever attempted. Or, as Jon put it so succinctly when he realized that his day in the saddle would likely be in the 12-15 hour range, “Oh my God…that is so gnarly!”

For every year that we have participated in the DK, we have built up specific project bikes in the attempt to test the latest gravel product as it has evolved. Following each participation, we have come away with more experience of what a proper gravel bike could/should be. Without a doubt it’s been this first person knowledge base that has enabled RBA to lead the way in gravel bike tech knowledge and expertise. 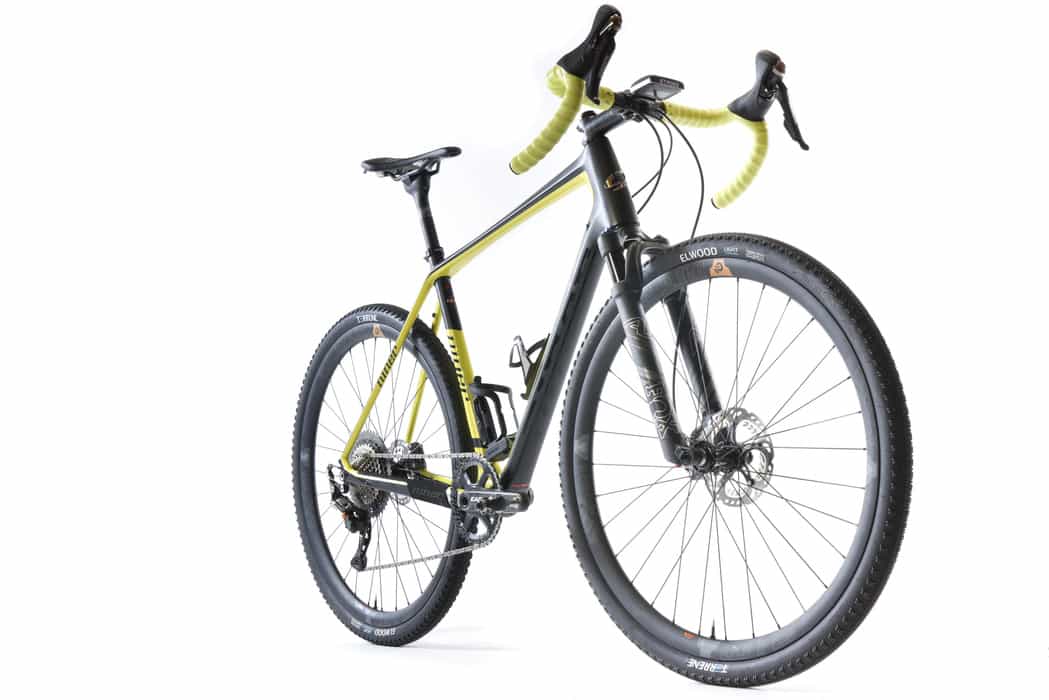 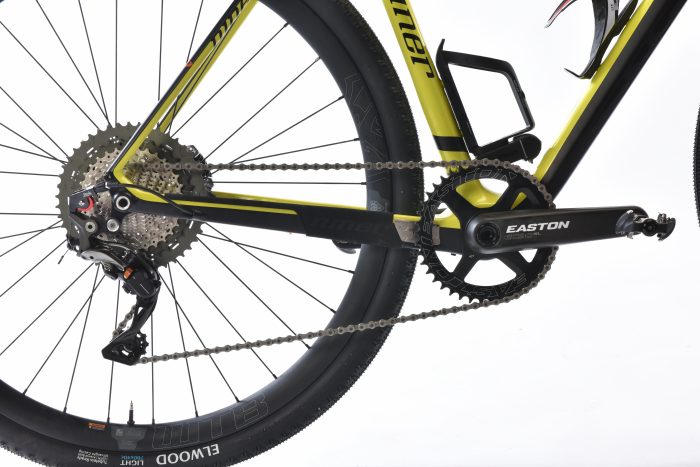 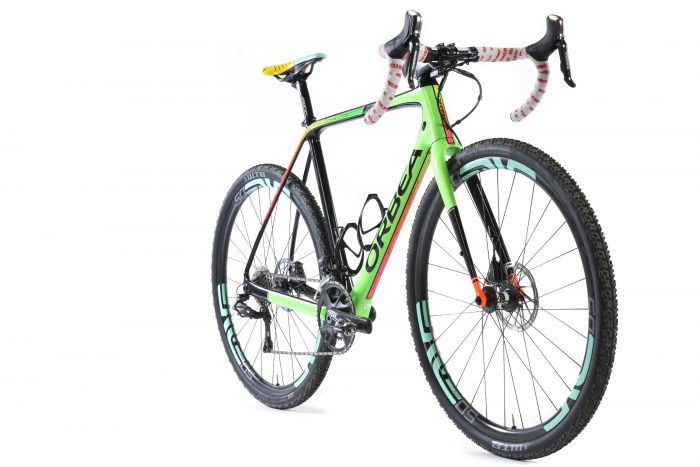 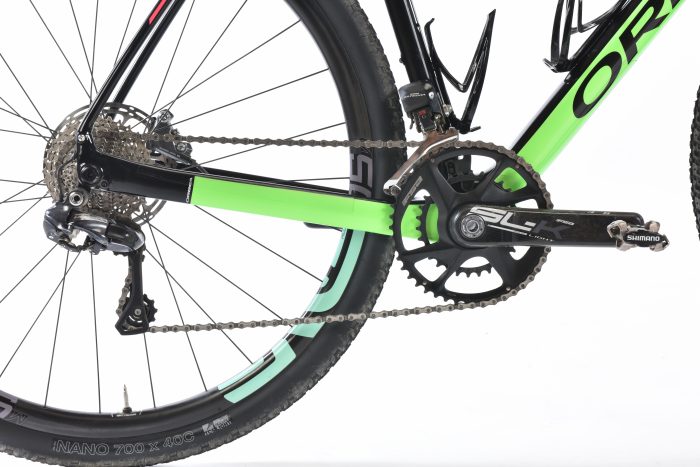 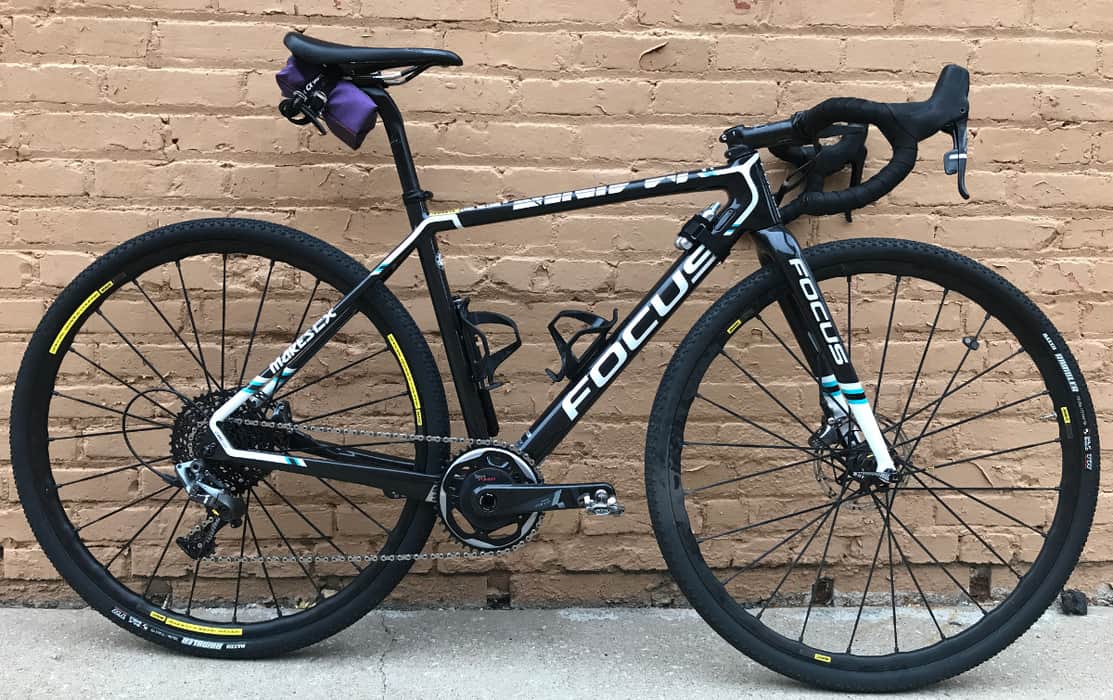 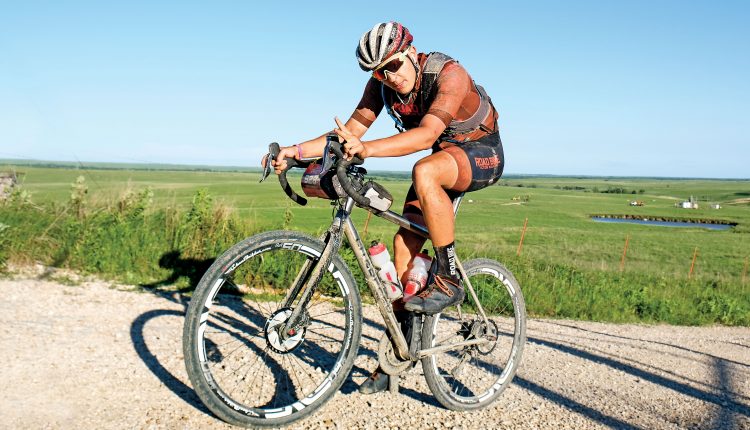 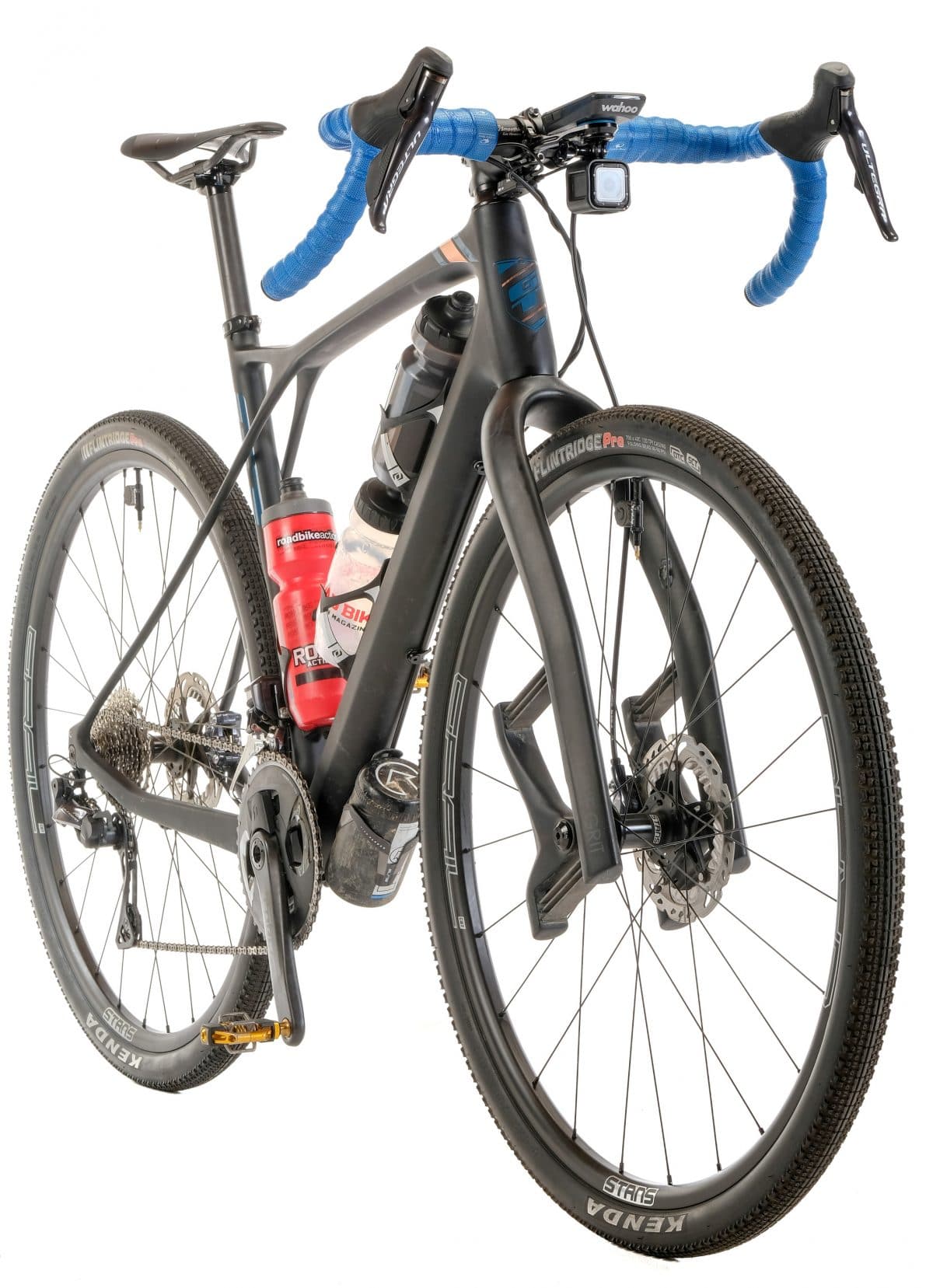 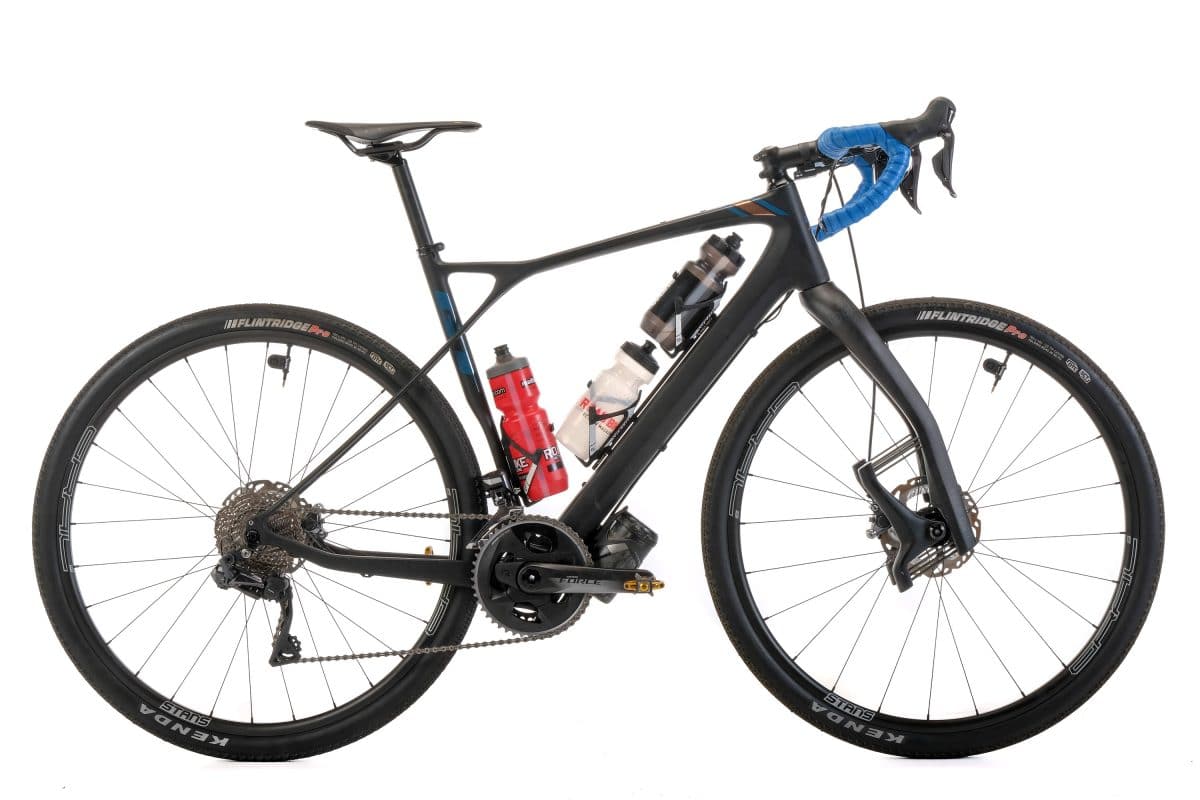 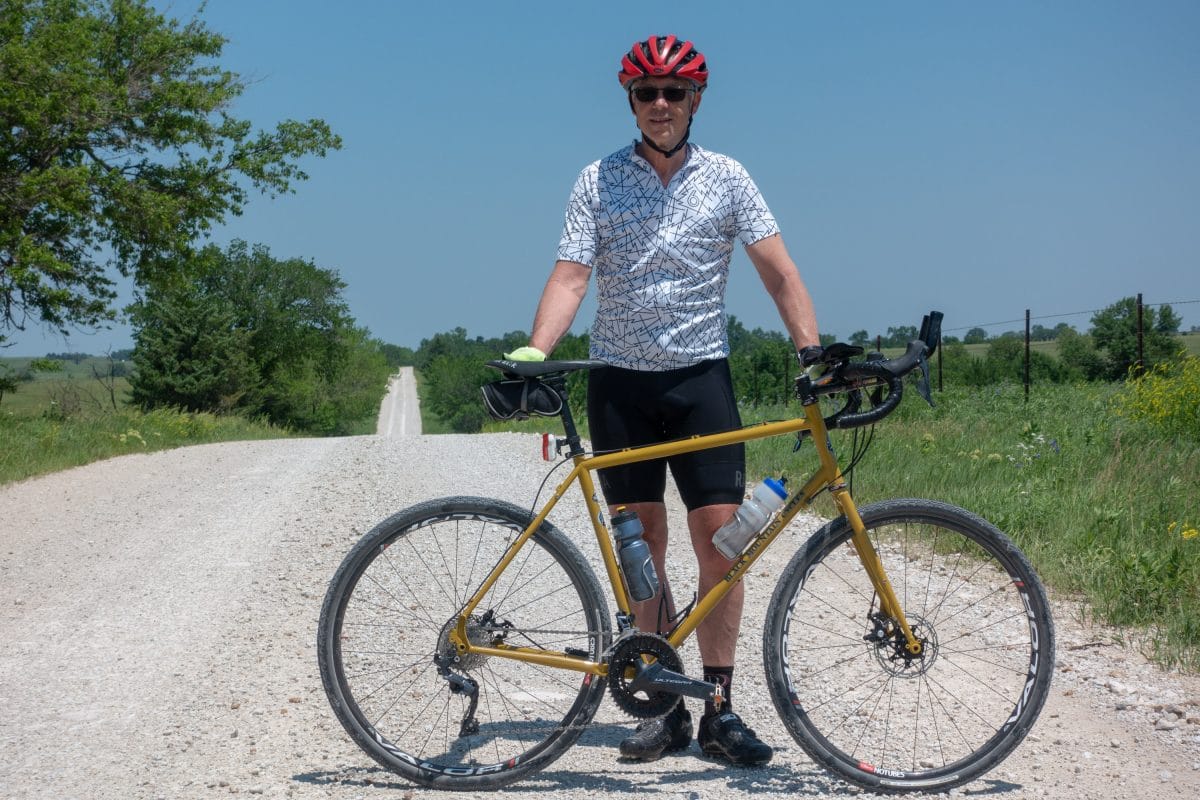 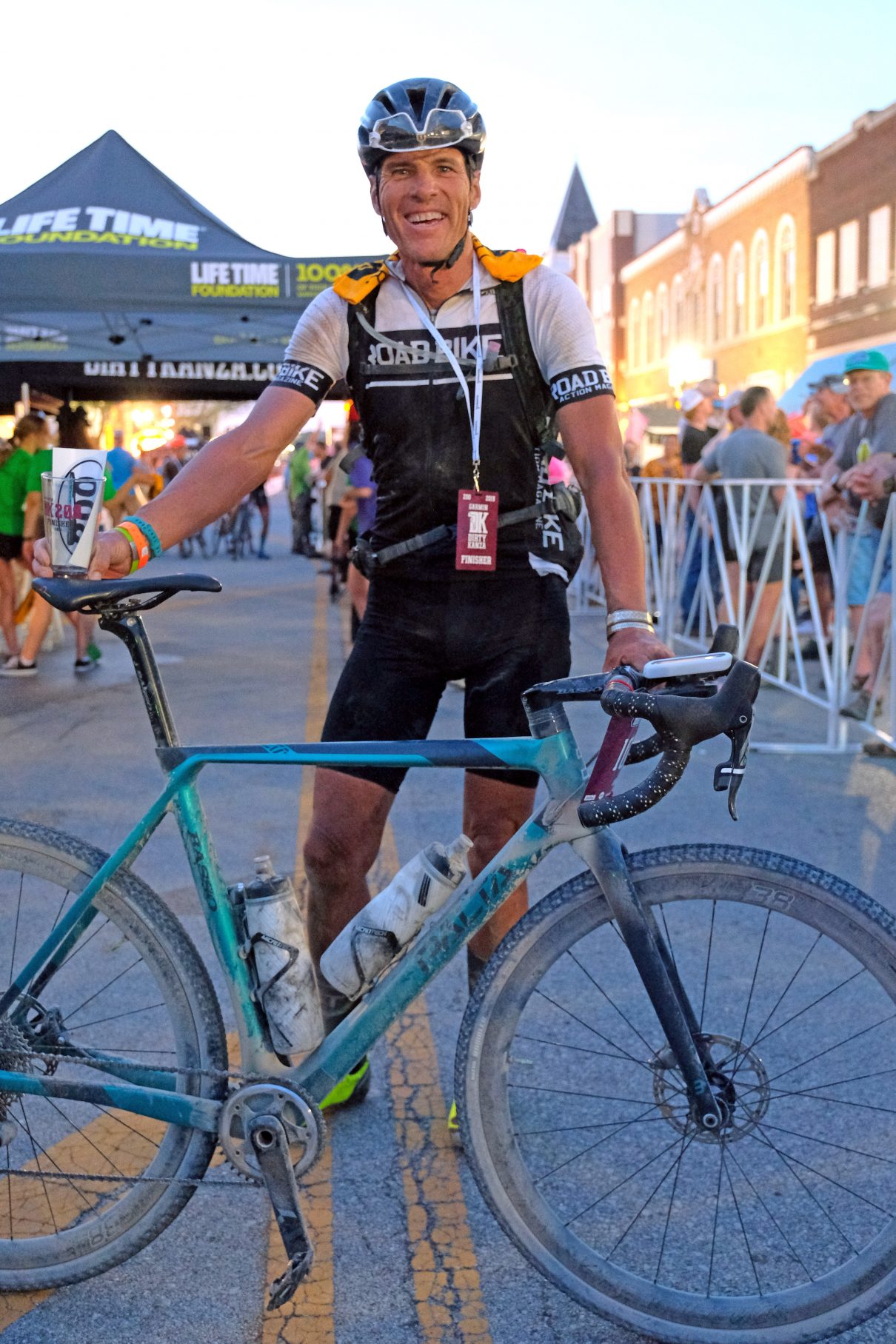 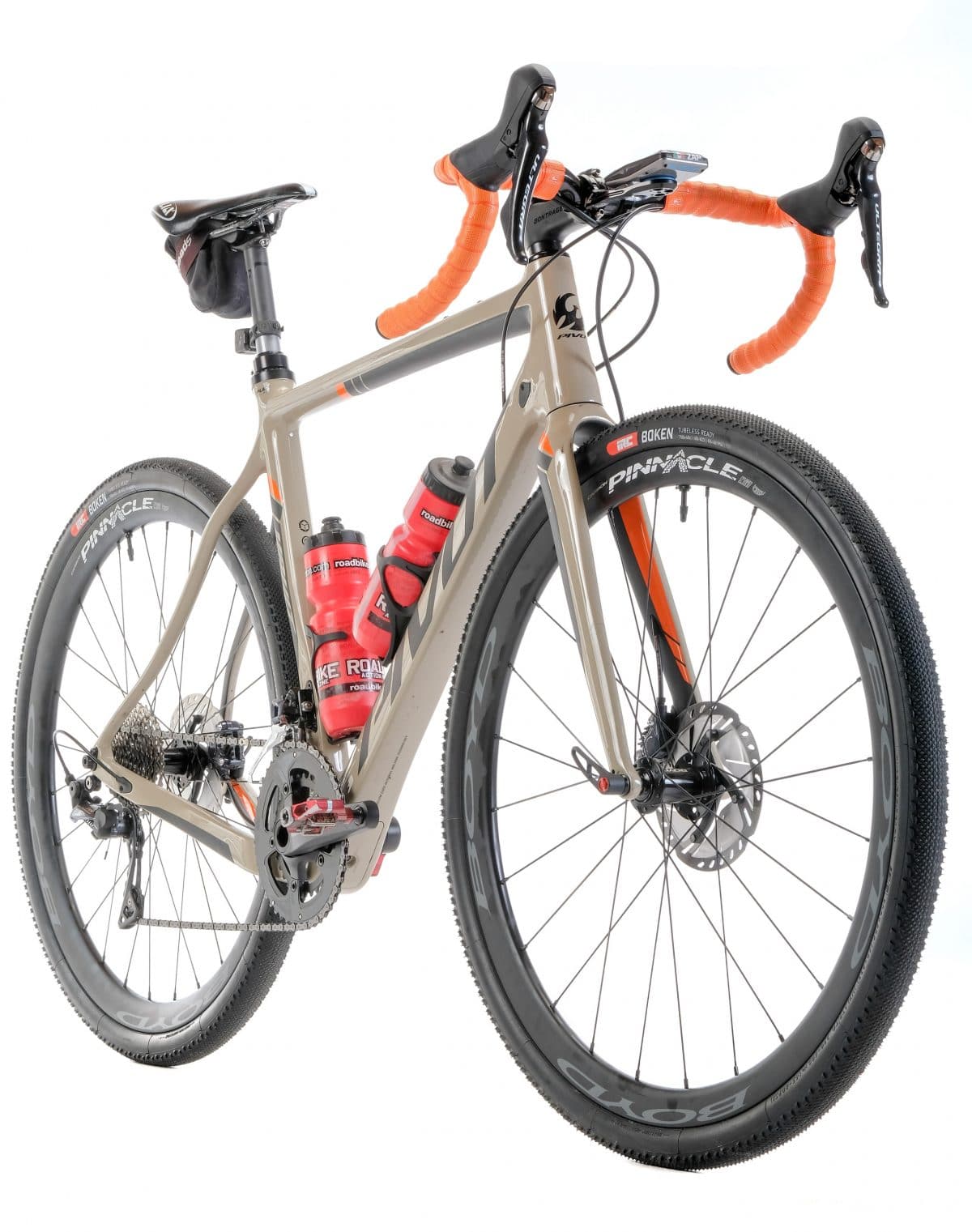 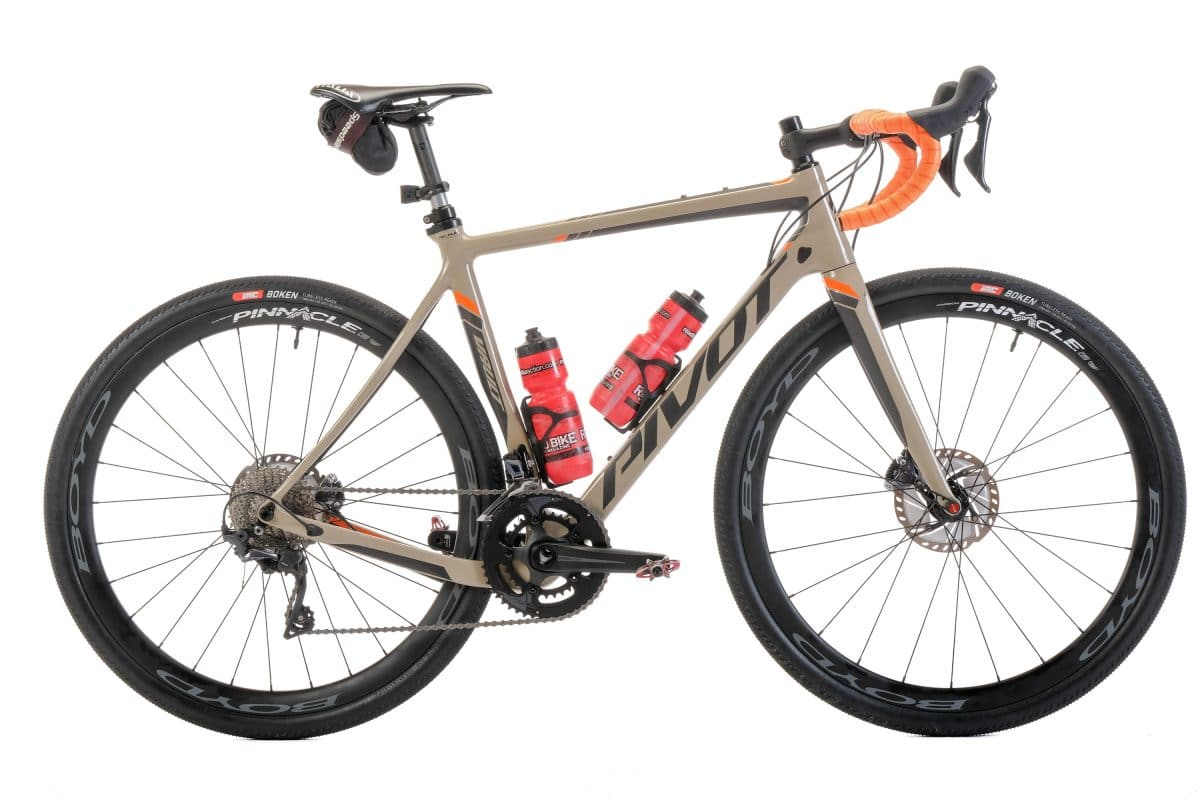 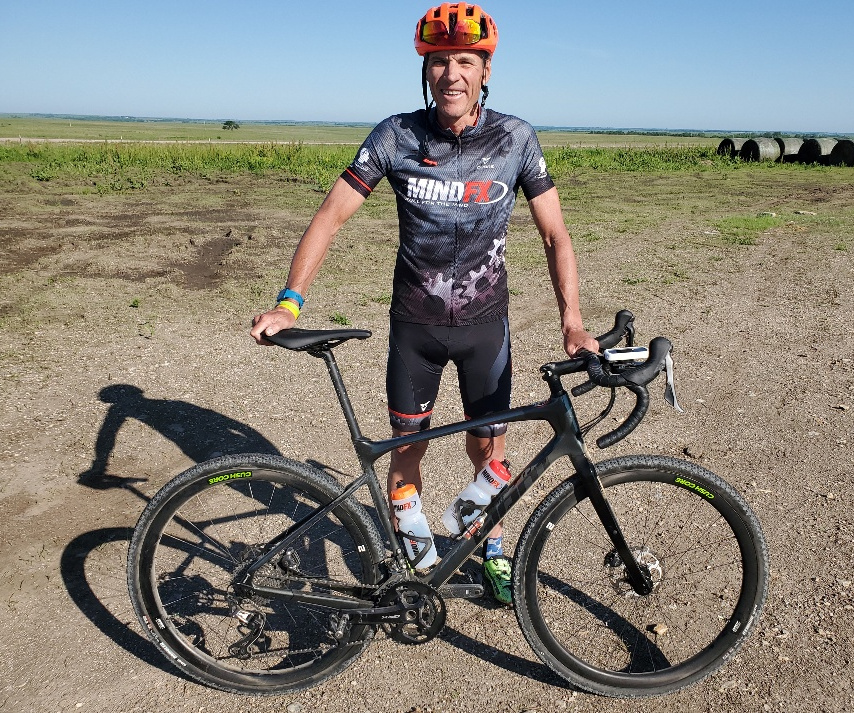