The downhill spectacle that was John Tomac 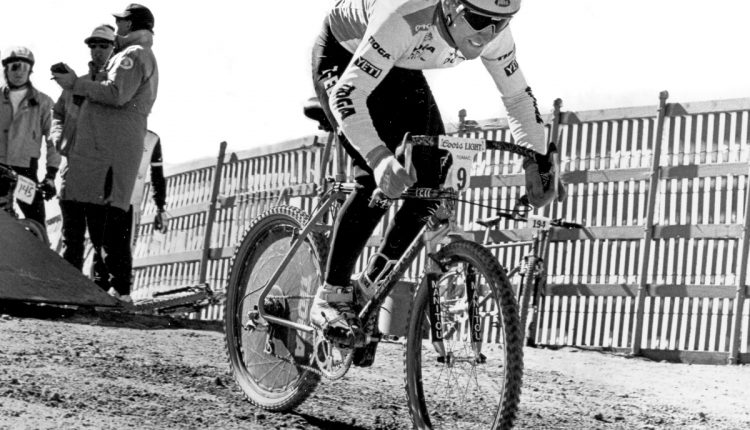 As one of the most multi-talented riders the world of mountain bike racing had ever known,  John Tomac had been a regular on the NORBA National circuit from 1986 to 1990. From cross-country and downhill to trials and dual slalom, like many of the top riders back-in-the-day, the “Tomes”  would compete in a variety of events that would fill the weekend schedule. However, the big  difference between the former BMX rider and all the rest of his competitors was that he was uniquely capable of dominating any one of them.

When the 1990 season started off, Tomac was nowhwere to be found.  As unbelieveable as it seemed, Tomac had succeeded in rounding out his two-wheeled duties by signing a contract with the 7-Eleven pro road team. While all the mountain bikers were hitting the regular locales, Tomac was off in Europe plying his trade in the pro peloton.

However, by that summer, Johnny wanted to come back to the dirt and unable to sign with any established team, the former Mongoose factory rider made a handshake deal with Yeti Cycles founder John Parker to supply him with bikes and box truck.

While Tomac started off on the steel FRO model that was the team’s mainstay race bike, he insisted on running the bike with  Cinelli drop bars so as to mimic his road bike positioning. Crazy!

In anticipation of the upcoming UCI World Championships to be held in Durango, Colorado in September,  Yeti teamed Easton to build a handful of lighter bikes that used Easton carbon tubes in the front triangle.  The small stable of exotic bikes were built by Chris Herting and handed out to Tomac and his teammate Julie Furtado.

Although there had been plenty of mountain bike racers  who had previously used drop bars, none had done so with the level of courage, skill  and bravado as Tomac. Still,  just weeks before the Durango race, Tomac blew everyone’s mind by committing to the trecherous and high-speed Kamikaze downhill at Mammoth Mountain aboard his drop barred Yeti C26.

With only two-inches of travel provided by his Manitou suspension fork, the ride had to be more harrowing than anyone could imagine…but that was always just one aspect of John Tomac that made him so unique – and great!