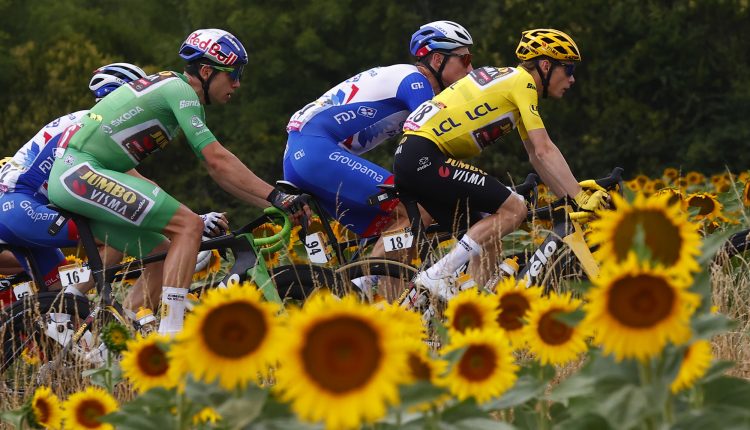 Christophe Laporte sprung a surprise to win stage 19 as his Jumbo-Visma teammate Jonas Vingegaard retained his Tour de France lead ahead of Saturday’s deciding showdown in his intense struggle for the title with Tadej Pogacar. The Dane has built a 3:26 overall lead over the defending champion ahead of the final true battle ground, a 25 mile individual time-trial Saturday. A day after cracking in the Pyrenees, and losing over a minute, Pogacar, however, isn’t giving up entirely and continued a relentless attacking approach, clawing back a five bonus seconds by finishing fifth on Friday, however the bonus was nullified.

“The sprint was just for fun,” said Slovenian UAE rider Pogacar.”Tomorrow I’m going to go as fast as I can from the start,” he said, claiming his fall on Thursday hadn’t affected him.

“I feel okay, and you never know, anything can happen,” he said.

If that was an attempt from Pogacar to get inside Vingegaard’s head, the former fish-market worker appeared to strike back.

“I won’t take any foolish risks in the bonus sprints,” said Vingegaard.

“He has a good chance tomorrow, he’s one of the best time trial riders in the world.”

While the time-trial was foremost on everyone’s mind, Vingegaard also said that what his team was building was special.

“It’s been an incredible Tour with all these wins, and me in yellow, hopefully tomorrow as well, I have to do a good time trial and hopefully take this yellow jersey to Paris,” said the overall leader. 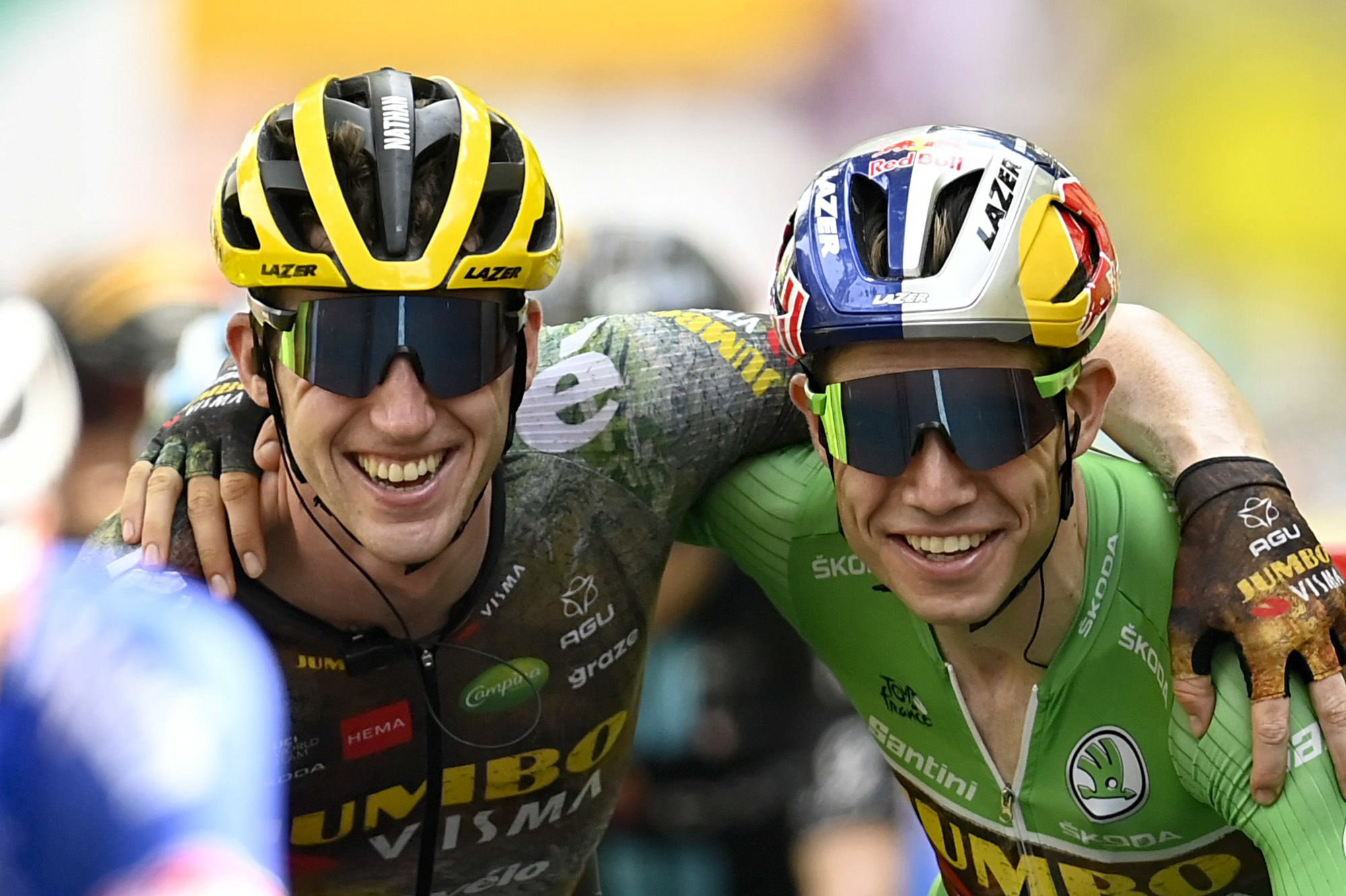 Shortly after leaving the cooler high altitudes of the Pyrenees, an escape crept ahead of a weary peloton as it rolled towards Tarn, with the title pretenders keeping a low profile in the flatlands. The escape was never allowed to build up a convincing lead but just as the sprint teams looked to have them in their grasp, Laporte leapt across the divide with 1000 meters to go.

Laporte then hammered over the final 500m, holding the closing sprint pack to a 1 seconds triumph, as Belgian ace Jasper Philipsen took second. A day after helping Vingegaard win stage 18 in the Pyrenees.

“I like him and he’s done so much work for me and all of us on this Tour,” explained van Aert.

“This though was more than just recompense, it’s massive. This is just a great day for me, first French win or not, I just feel fabulous,” said Laporte who joined Jumbo from Cofidis over the winter.

“Wout said to me this one’s for you,” Laporte explained.

“Last time he said that to me was at Paris-Nice,” he said of a stage where he, van Aert and Primoz Roglic raced ahead to win on the Tour de France build up eight-day race.

Van Aert has a huge advantage in the race for the sprint points green jersey and is guaranteed to win it just crossing the line on Sunday’s run to the Champs Elysees, where he won the final stage in 2021 ahead of Mark Cavendish. 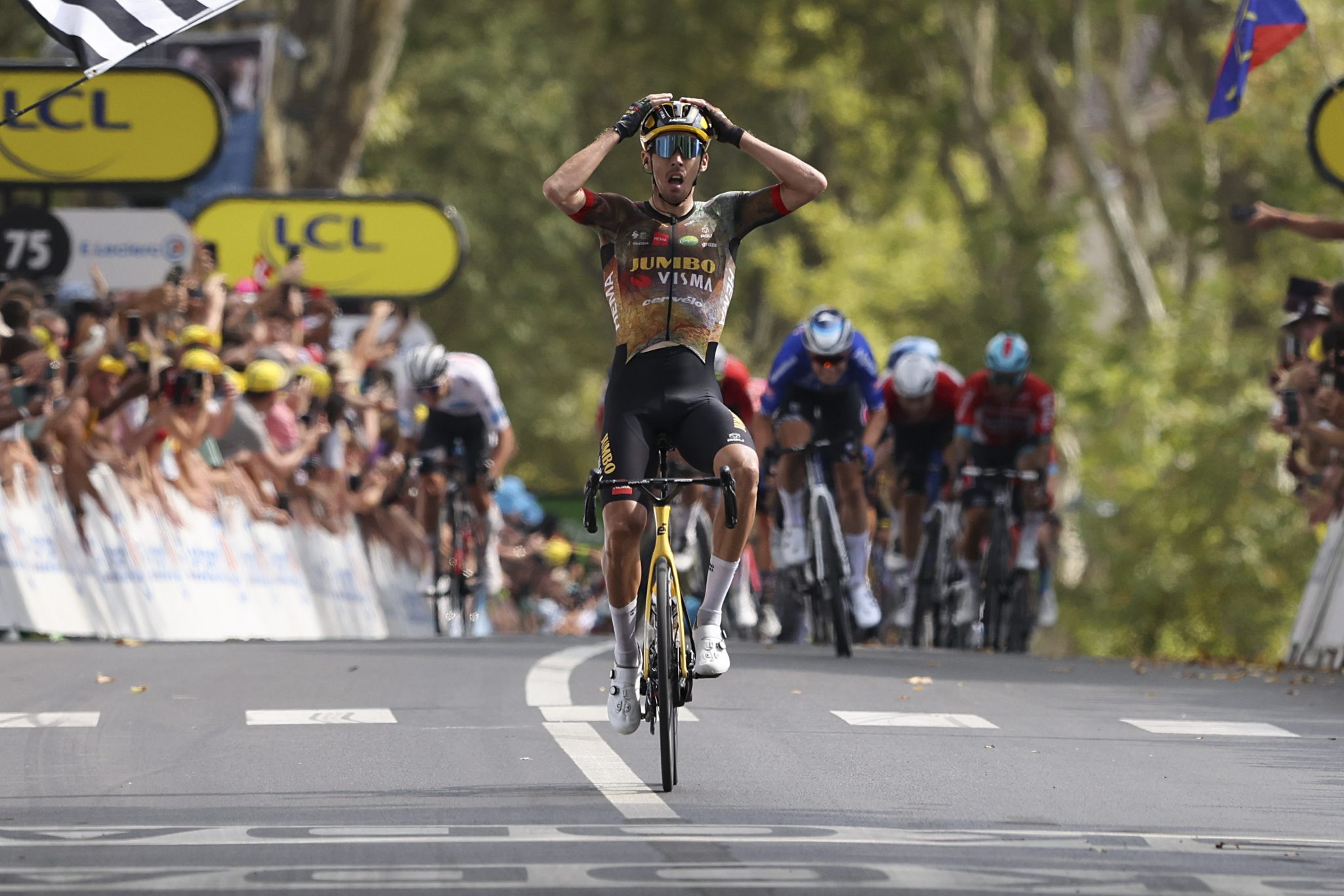