Cannondale adds power and suspension to the Topstone 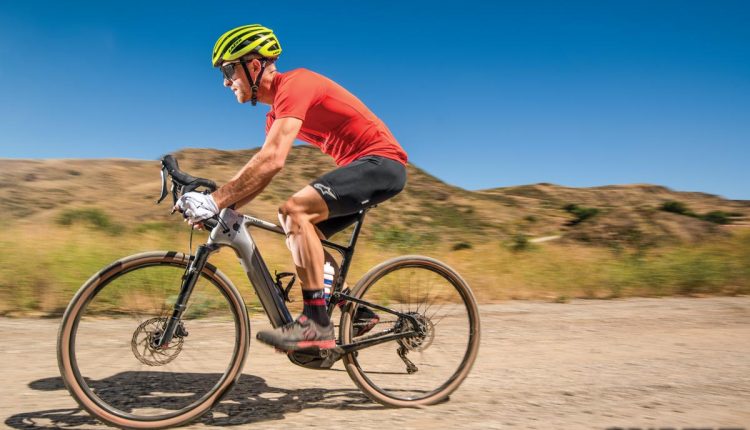 In the August 2020 issue of RBA we tested Cannondale’s latest gravel bike, the Topstone Carbon Lefty 3, that featured 2019’s Kingpin rear suspension, with the addition of a Lefty suspension fork. The bike cost $3750 and weighed 23.31 pounds. Mid-way through our testing, Cannondale called and asked if we’d be interested in testing another Topstone, but it weighs over twice as much and costs an extra $3000. Oh, yeah, it also has a motor.

An e-gravel bike?! Could any bike be more divisive or cause more of an uproar among the traditionalists than to test a bike that would represent such an affront to their dedication to all things rigid, skinny-tired and non-motorized?! Probably not. But, on the other hand, we also figured the bike might speak to a generation of riders not held back by historical norms and ready to embrace the latest in drop-bar bike technology.

While the Lefty fork has been a proprietary mainstay on Cannondale’s mountain bikes for decades, along with their equally proprietary HeadShok fork, it wasn’t until just a few years ago that they began testing the shorter-travel version on a cyclocross bike. Soon thereafter, this crazy thing called the gravel market blew sky high, and suddenly Cannondale saw new potential for the fork as a value-added component for the drop-bar crowd.

This newest version of the old Lefty is called the Oliver, and it’s been slimmed down and had its travel cut (from a mountain bike-friendly 100mm of travel) to a more gravel-practical 30mm. Cannondale has a claimed weight of 1610 grams for the fork, which also features a manual lockout. 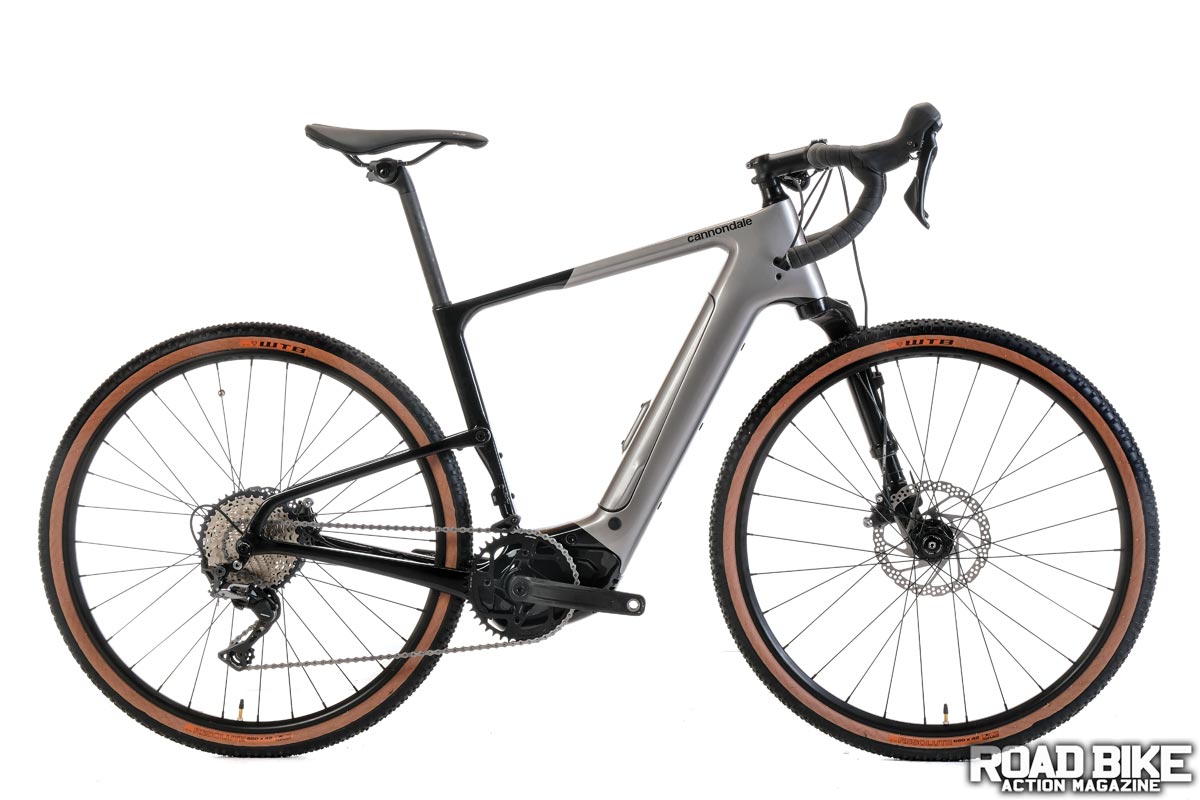 It very well could be safe to say that Cannondale’s Lefty Neo is the world’s first full-suspension gravel e-bike. Wait, did we say “full suspension”?

Yes, Cannondale’s new Topstone is a full-suspension bike, which, at first glance, might make you scratch your head. Obviously, the one-sided Oliver fork stands out, but the rear suspension is a little less apparent. Cannondale is using the same minimal-travel Kingpin suspension in the rear as is found on the non-assist Topstone, and when we say minimal, we mean minimal.

Since there is no pivot at the chainstay/bottom bracket juncture, the rear suspension relies on the flex of both the chainstays and seatstays aided and abetted by the rotation afforded by a pivot at the middle of the seat tube. In terms of travel, Cannondale gave us a number of 30mm, but that actually refers to whole system, which includes the compliance of the seatpost as well. Overall, the added flex/compliance (not quite any “travel”) in the rear does provide a smoother ride with some increased traction; the value of either shouldn’t be minimized.

All three bikes in the Topstone Neo family utilize the new Bosch Gen 4 Performance Line CX Speed motor, which provides assist up to a road-relevant 28 mph. The 500-Wh battery is integrated into the frame. The Shimano GRX drivetrain uses a 44t chainring in the front and a 11-42 11-speed cassette. To optimize traction, Cannondale threw on a pair of tubeless-ready, WTB Resolute, 650b x 42mm tires.

Cannondale outfitted the Topstone with Shimano’s gravel-oriented GRX drivetrain and hydraulic disc brakes with tubeless-ready rims and 160mm brake rotors. The brakes really held up great when trying to slow down on fast descents. The weight of the bike seemed to actually benefit from the traction when braking, so slowing down was no problem at all.

The frame has two water-bottle mounts and fender mounts for the wetter rides of the world. A Bosch battery and drive unit are a positive point to this bike, as Bosch has a great reputation for quality, as well as a fantastic warranty and reliable customer service.

The Gen 4 motor has 75 N/m of torque with upgraded speed, torque and cadence processing, which is especially apparent if you’ve ridden the previous version. To best put it in words so a rider new to e-bikes can relate to, the power is delivered rapidly and smoothly, and the faster you go, the more assist you will get.

The predecessor to this Bosch motor was really dependent on a high cadence in order to get the most power. Now, they’ve really balanced the cadence with torque and speed to not only get the most out of the motor, but also maximize battery efficiency. The power delivery is so perceptive to foot pressure, it really knows how much you’re giving it. When you start to let off the foot pressure, the power doesn’t just “cut out,” but it does rapidly and smoothly shut down exceptionally well.

As we always like to see how a bike rides with the power shut off, we first rode the Cannondale for about 20 miles with 2000 feet of elevation without turning the power on. The pedaling felt really smooth, even though Bosch does not claim a complete decoupling of the motor when turned off. A handful of teeth added to the climbing gears would be more ideal for all-day riding.

One thing that maybe isn’t part of normal riding, but we found very tempting, was the challenge of some steep technical hills. The substantial power of this new motor made us look at things and say, “I wonder if we could make it up that?” With a bottom bracket height of 27.5cm, it made for pedal strikes when climbing a challenging section that had some off-kilter angles. Again, that was on extreme sections, but a slightly higher bottom bracket would be beneficial, as the non-assist version is about 1.25cm higher than the E-Topstone.

The front Oliver fork really is an added benefit for riding gravel. Downhills were substantially more forgiving and hitting bumps was not as brutal as a non-suspended e-bike. Even riding down some singletrack was more inspiring with the bigger knobs on the tires and 30mm of travel.

The weight of the bike was definitely felt when we were climbing out of the saddle rocking back and forth. It didn’t take long to make a few mental adjustments, and before long, we didn’t really think too much about it. The Bosch Purion display is off the center of the handlebar, which is right where you want to put your hands at times. Not a huge problem, but it could be annoying from time to time.

The Neo 3 is the base model in the line that includes the Neo 2 for $6500, and the top-of-the-line Neo 1 for a hefty $9000. The Topstone Neo is a quality machine capable of long days of road and/or dirt adventures. Cannondale claims 70 miles of assisted range, which, of course, actually depends on riding conditions, rider weight and power mode used.

No different than the non-assist gravel bike concept in general, the Neo Topstone adds new purpose for riding that will positively expand anyone’s sense of two-wheeled experience. Throw some slicks on and you have a capable e-road bike, knobbies for dirt use, and either with or without the power assist. So many choices; ain’t life grand?!

The joy of real front suspension