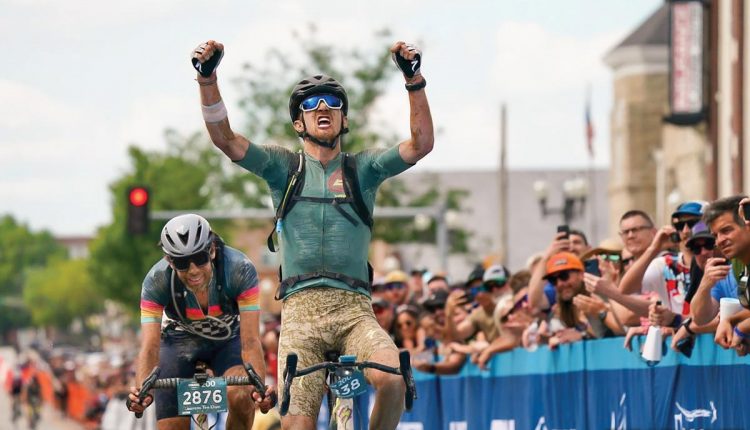 The good news for all you gravel gurus out there who want to keep up on all the latest race action is that you will now be able to watch (or stream as the kid’s would say) the racing at the Life Time GP series on the FloSports channel. Don’t forget that Flo is also the place to watch plenty of Euro road races as well for $12.50 a month.

“We’re proud to be the broadcast home of Life Time’s inaugural Grand Prix series and we look forward to accelerating the growth of cycling in the United States,” said Ryan Fenton, Director of Global Rights and Acquisition at FloSports. “Our partnership with Life Time furthers our commitment to serve the cycling community with premium coverage of thrilling events by promoting the impressive participants set to compete in this series.”

The full Grand Prix Series broadcast schedule is as follows:

“The ultimate goal of the Life Time Grand Prix is to increase fandom of cycling as a sport in the United States,” said Kimo Seymour, President of Media and Events at Life Time. “Making six of our most highly regarded events accessible through an experienced broadcasting partner is key to bringing this vision to life and we’re stoked to provide real-time updates at each Grand Prix event to new – and longtime – fans alike through FloBikes.”

The agreement signifies the latest investment by FloSports into the sport of cycling. FloSports recently announced it would carry the Tour de France Femmes Avec Zwift exclusively in Canada. It also revealed a long-term partnership with UCI and added other popular cycling events to its programming including the Flanders Classics and the Fayetteville Cyclocross Championships. Other live programming available on FloBikes include WorldTour races such as the Tour Down Under, Paris-Nice, Paris-Roubaix, Flèche Wallonne and Liège-Bastogne, Women’s WorldTours including La Course by Le Tour de France and Madrid Challenge by La Vuelta as well as Asian/European Tours such as the Tour of Oman, Tour de Hongrie and Paris-Tours.

To access live and on-demand coverage of these cycling events, visit FloBikes to become an annual PRO subscriber, which unlocks access to premium content and live events across the entire FloSports network. Watch the events across all screens by downloading the FloSports app on Amazon Fire TV, Roku, Apple TV, the App Store, and Google Play Store.