Welcome to the July 15, Mid-Week Report!

Welcome to the July 15, Mid-Week Report!

PHOTO OF THE WEEK: GET YOUR AUGUST ISSUE 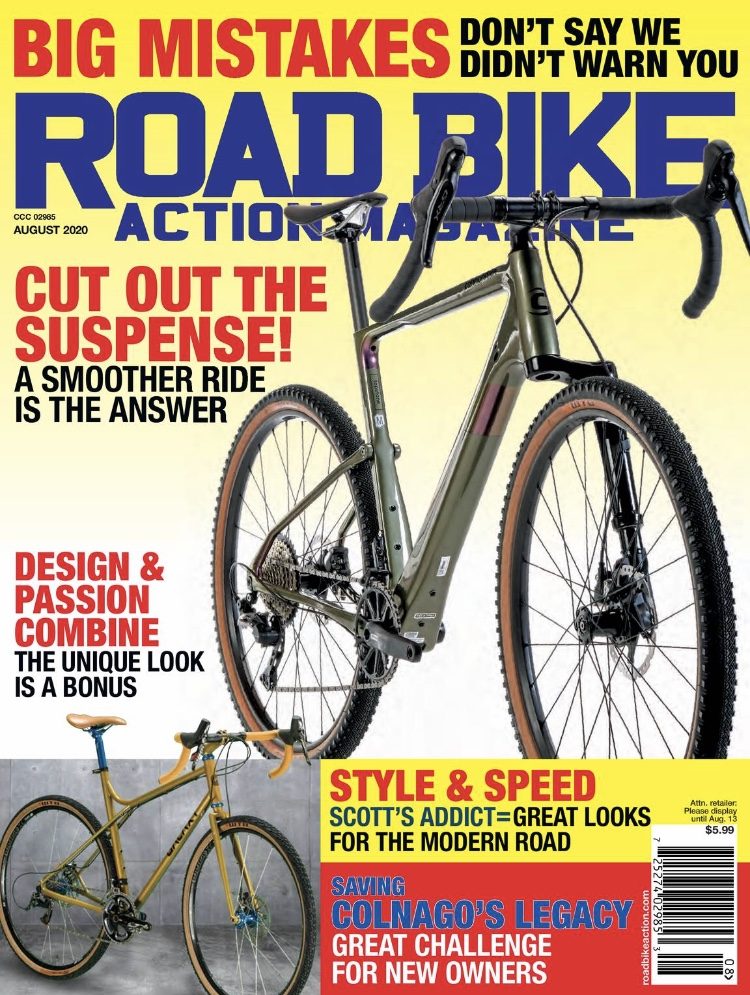 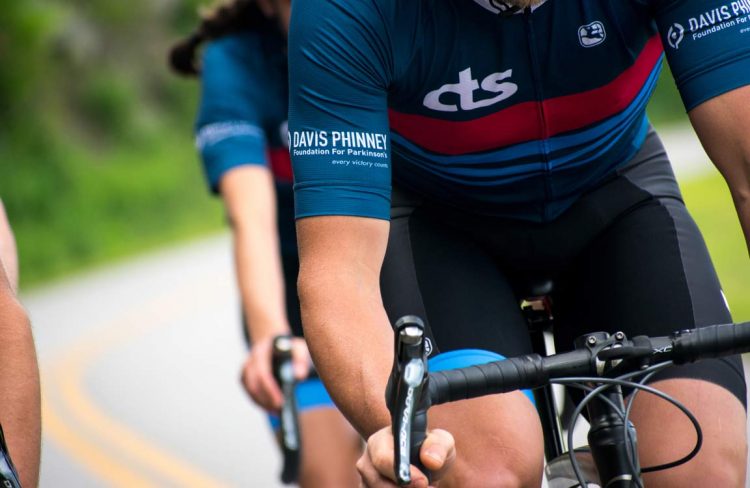 Good athletes make bad decisions when they’re tired. Fatigue and exhaustion are major components of endurance sports. In training athletes are always balancing stress and recovery in order to achieve positive adaptations. During adventures and events, we manage our efforts to prolong optimal performance before fatigue and exhaustion slow us down. And even as we slow down, we continue managing intensity, nutrition, and mental toughness in order to wring every last ounce of performance out of our tiring bodies and minds. Whether you’re competing or pursuing a personal goal, your ability to make good decisions when you’re exhausted can be the difference between a hard earned triumph and a demoralizing defeat. Over the past 40 years I’ve seen thousands of exhausted athletes go down in flames, and here are the top five worst mistakes they make.

They stop eating and drinking

Exhaustion turns some intelligent, rational athletes into obstinate 4-year-olds. Nothing tastes good. The bars are too crunchy. The gels are too sticky. The wrappers are too hard to open. Precisely at the time sports nutrition products could be most helpful, exhausted athletes reject them. This is part of the reason for developing good and consistent nutritional habits throughout your training. You want nutrition and hydration decisions to be as automatic as possible so they help you avoid exhaustion in the first place, and so that even when you get really tired you will continue following the routine on autopilot.

Train with the sports nutrition products you are going to use in competition, and even more important, train to consume those foods in the amounts and at the frequency required during competition. At the Leadville 100 Run one year, Coach Jason Koop ate 17 packs of ProBar Bolts in about 19-and-a-half hours. He ate some other foods as well, but the Bolts comprised the backbone of his nutrition strategy because he knew they worked for him and because – through training – carrying/opening/eating them at a regular frequency was second nature.

They eat way too much

At the other end of the spectrum from the athletes who stop eating and drinking, there are athletes who attempt to overcome exhaustion by piling on the calories. You can see the logic: “I am tired and out of energy. Food is energy. If I eat more, I’ll have more energy.” The problem with that logic is that athletes are conflating bonking with fatigue. If your body runs low on fuel while you are still relatively fresh, say three hours into a long ride, then consuming calories is a great solution. When you reach the point where you are physically and mentally exhausted, it is important to continue eating and drinking as normal (see above), but adding even more calories won’t reverse the exhaustion. If anything, dumping too much fuel on a dying fire will just snuff it out altogether. You’re more likely to end up with gastric distress and nausea from overloading your gut with more food and fluid than it can process.

The added caveat to both of the aforementioned mistakes is that part of training is learning to recognize and adapt your nutrition and hydration decisions based on cravings and cues. Ideally, you’ve experienced similar situations in training and know how to respond to them, but if you’re craving something salty there’s likely a reason for it. Find the chips and pretzels, even if you rarely eat them.

They go into “survival mode”

Exhaustion makes many athletes turn inward. They get very quiet, almost unresponsive, as they continue to just churn forward. Internally, they’ve concluded the only decision left is to stop thinking about it and just get to the end, whether that’s home, the finish line, or the next aid station. Survival mode can put athletes in pretty dangerous situations because they can easily tune out too much and stop eating and drinking (see above), go off course and not realize it, or fail to recognize and act accordingly to things like potholes, stop signs and traffic signals.

If you are the athlete, it’s important to resist the temptation to shut down critical thinking skills and go into survival mode. The more tired you are, the more important your decision-making capabilities become. If you are riding with someone who is shutting down, try to keep him or her engaged. If they are getting less responsive, check in on them regularly. Make sure they’re continuing to eat and drink. Make sure they don’t skip aid stations or store stops. If they’re exhibiting diminished cognitive abilities, guide them to a safe place and stop.

I see this in cycling a lot. Riders get so exhausted they refuse to get on a wheel and draft behind another rider, despite knowing that drafting can cut a rider’s workload by 30%. Similarly, I’ve seen bonked riders refuse food and dehydrated riders refuse water. They know better, but they’re so tired they’re not making good decisions. In the cases of food/water, just be persistent. Twenty minutes after begrudgingly taking the bottle or snack just to shut you up, they’ll realize you were right and thank you for it.

Getting a tired rider to draft is sometimes trickier. They’ll tell you to leave them; they don’t want to slow you down. They’ll feel guilty about making you ride at this pace, because they don’t want to ride at this pace. And there’s also the fact drafting – even if it’s mostly second nature – requires a level of focus they may not want to bother with at the moment. Slogging on solo sucks, but at least it’s simple.

Don’t expect a truly exhausted rider to ride a few inches from your rear wheel. If they will draft at all, they’ll typically leave more of a gap because it requires less focus. Your role is pacing as much as it is providing the draft, so don’t push them to increase the pace. Just keep them moving and help them to maintain their pace – even if that means riding side by side if they don’t feel comfortable following a wheel anymore. If you keep them from slowing down further, you’re helping get them to the next aid station or store stop sooner or reducing the total time they’re out in the elements.

They give in to negative thoughts

Devoting time to mental skills training can be very helpful for endurance athletes. You can train your brain to recognize and respond to negative thoughts, not just generally, but also in specific situations. The mental strategy you use to dispel self-doubt and elevate confidence before a challenge is different than the mental strategy you’ll employ when you’re exhausted or trying to fight off the urge to quit.

There’s nothing wrong with being exhausted. Many endurance athletes seek exhaustion as an indication they have given everything they had. It feels good to work hard enough to have nothing left. But as you begin to get tired, the decisions you make determine how much longer you’ll be able to keep going.

NEW PRODUCTS: JUST WHAT WE NEEDED 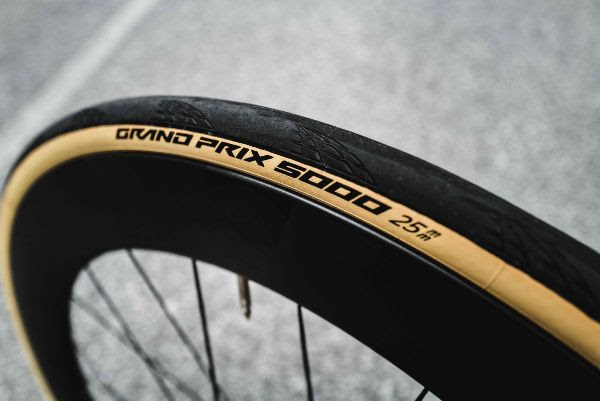 On what was supposed to be the second rest day of the 2020 Tour de France, Continental announced they gave their flagship GP5000 a face-lift. Tan sidewalls can now be found in Continental’s rubber catalog.

The special edition releases are essentially GP5000s with tan side walls, a tribute to classic tire designs from the past, with the best modern tech Continental has to offer. They use the same tech as the original GP5000s, increased puncture protection with Conti’s  Vectran Breaker, the legendary Continental Black Chili compound and Conti’s “Active Comfort Technology” for a smoother ride.

Continental questionably only released a 25mm size. In the middle of the industry’s transfer to wider, 28mm tires this left us scratching our heads, but anticipating a launch of a wider variety of sizes.

While we expect the Tour-de-France-stamped, special edition tires to sell out, we expect Conti to continue and expand the size range of the tan side wall design that has been absent from Conti’s catalog for so long.

BEST OF THE TOUR DE FRANCE

This week during the 2016 Tour de France, Chris Froome had an unforgettable encounter with a motorcycle on Mt. Ventoux.

Froome kept hold of the Tour de France race leader’s yellow jersey despite a crash that threatened to wreck his race hopes. Froome initially seemed to have lost the race lead after his bike was broken by the crash leaving him at one point running along the road waiting for a replacement bike.

But Tour organizers reinstated him in the lead at the end of the stage with a 47 second lead over British compatriot Adam Yates.

“What a finish. Ventoux is full of surprises. Around the last kilometer a motorbike braked hard,” explained Froome on French TV after being presented with the yellow jersey.

“I was with Richie Porte and Bauke Mollema and all three of us went into the back of it. I got hit from behind by another motorbike that broke my bicycle.

“I’m happy with the jury’s decision. I think it’s right. Thanks to them and thanks to the Tour de France organization.”

Yates, who was provisionally announced as the new leader, said he agreed with the race jury’s decision to change the initial results. “It is what it is, I’m really happy with the outcome. I wouldn’t have wanted to take the jersey like this,” said the 23-year-old Briton.

“After his performances in the Tour so far he (Froome) is the rightful owner of the yellow jersey. It wouldn’t have felt right to have taken it like that.” 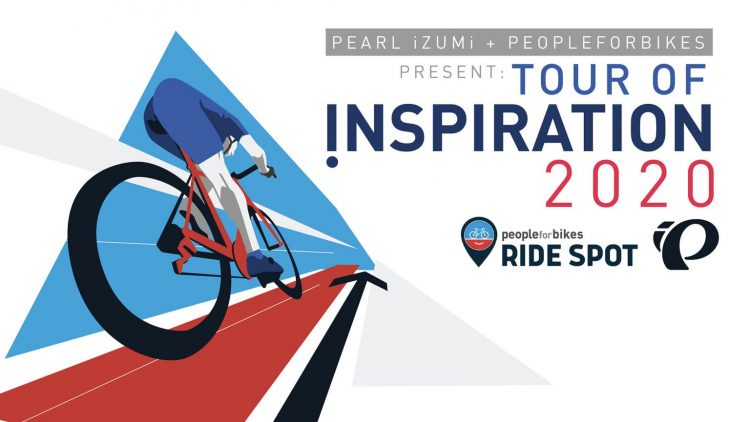 JOIN THE TOUR OF INSPIRATION

July conjures images of low helicopter shots tracking a colorful peloton rolling through sunflowers at breakneck speed. This year, we need to wait until the end of August to get our racing fix, but that doesn’t mean we can’t have a Tour of our own in the meantime. One where we do a lot less watching and a lot more riding.

It’s time for the second edition of the Tour of Inspiration. We teamed up with our ambassador crew to bring you 21 of the best rides from around the country, presented in detail using PeopleforBikes amazing Ride Spot platform.

Ride Spot is the place to discover, create, and share great riding experiences. You’ll find detailed route descriptions, photos, and sometimes even tips on where to score a piece of pie (If you know any new riders, do them a solid and share Ride Spot so they find great routes too).

So join us this month as we share some killer routes, and make sure to download the free Ride Spot app to discover more in your area. Download here for iPhone users and here for Android users.

Check back on this post each Sunday for new routes and how you can win prizes from PeopleForBikes and PEARL iZUMi. But really, if you get out for a great ride you’ve won already.