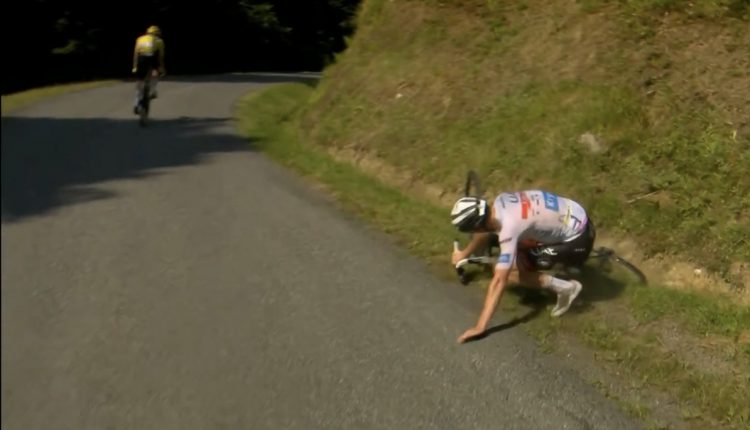 The ongoing struggle between Jonas Vingegaard and Tadej Pogacar for the Tour de France title was put briefly aside on the final mountain stage Thursday as the race leader waited for the defending champion to catch up after a fall. Some 17 miles from home, two-time defending champion Pogacar misjudged a corner and Vingegaard cut inside him, the Slovenian wobbled and slipped off the side of the road which had been swept throughout the day to remove loose gravel. The former champion swiftly picked himself up, ignoring the gash on his left hand as he hammered the pedal down in pursuit.

😱 @TamauPogi crashed! But Jonas Vingegaard waits for him.

Vingegaard, after at first attacking the opportunity, had a change of heart, waiting for his rival, before the two grasped each other’s hand as Pogacar drew up alongside. The pair then started racing each other again, with the 8 mile long Hautacam climb ahead of them. 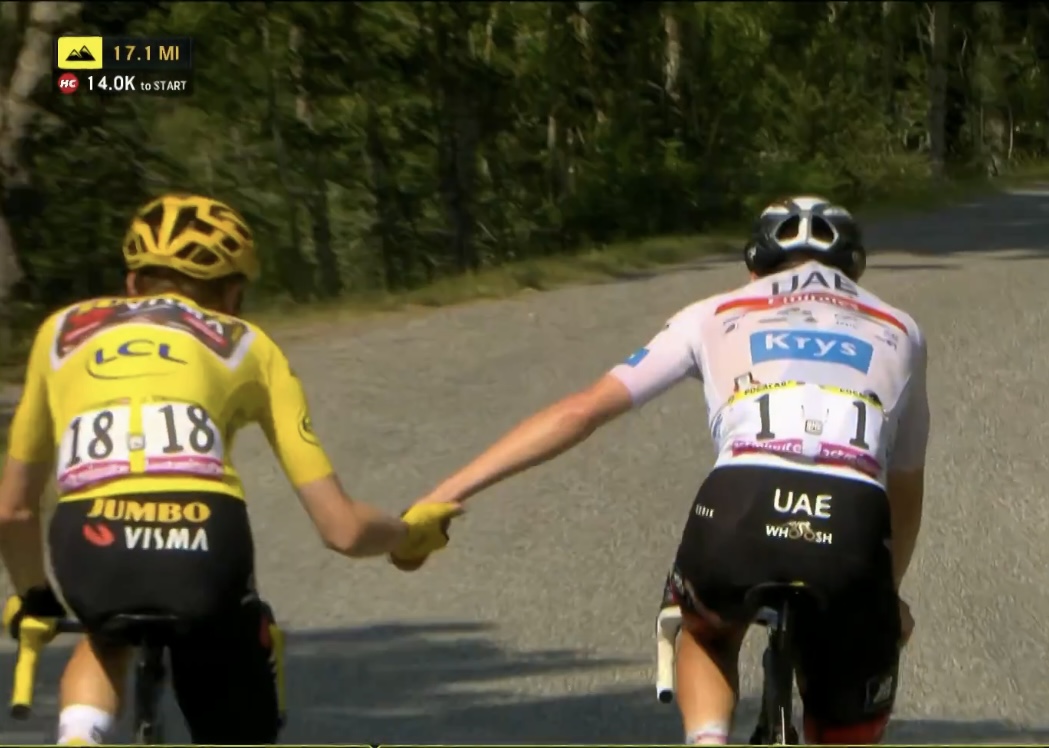