The MotoGP World Champion is remembered with a group ride 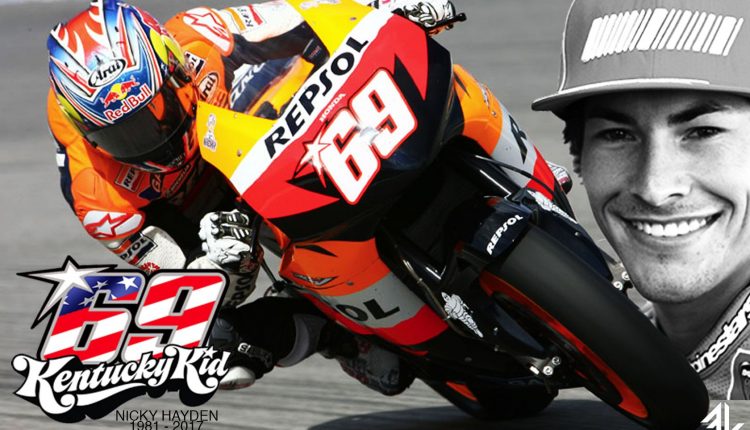 For anyone with a passion for two-wheeled road racing – especially the throttle twisting variety – the name Nicky Hayden should be well-known.  Nicky was an American icon who grew-up in a racing family out of Owensboro, Kentucky and rose to fame as both a National and World Champion.  Tragically, his life was lost in 2017 when  he was hit  by a car while out on a training ride on his bicycle in Italy.

The eldest of the three racing Hayden brothers,  Nicky was as handsome as he was flamboyant, and he mustered a sense of Southern charm with youthful style to gain a worldwide legion of fans. It was those qualities, along with his intensity on the bike and personality off the bike, that made him stand-out so brightly among his racing peers.

Given that from his youngest days Nicky’s racing number was 69, June 9 has become that day on the calendar when fans, friends and family alike make it a point to remember him. Given SoCal’s large population of both  motorcycle and bicycle enthusiasts, in the  years since his passing there has always been an organized bike ride on June 9 to help keep his memory alive. 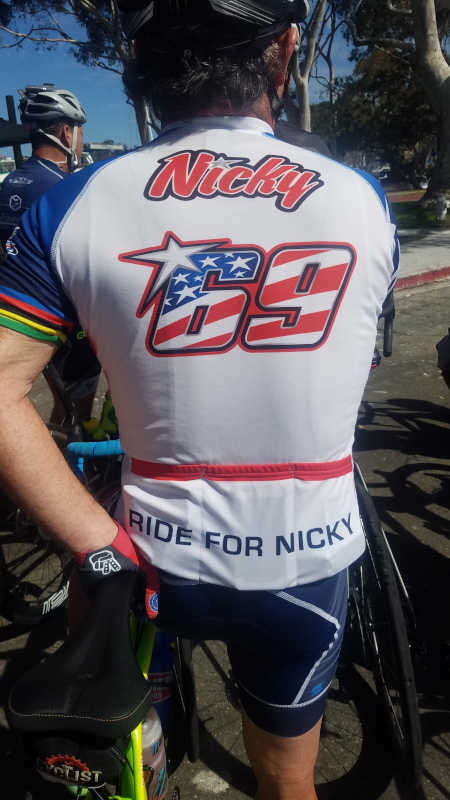 This year, the Costa Mesa Specialized shop once again played host for the ride that was co-sponsored by FMF, Ryno Power, and the Nicky Hayden Foundation. As is tradition, the ride was 69 miles long and this year we pedaled down the scenic Pacific Coast Highway through the city of Laguna Beach to the seaside town of Dana Point before looping back. The ride was made up of close to 100 riders which included many two-wheeled celebrities of both the pedal and throttle-twisting  variety.

“Part of what made Nicky so popular is that he seemed genuinely interested in other people, but that was especially true of cyclists. I think professional athletes have a fascination with those from adjacent sports, and it seemed like hanging and riding with cyclists let Nicky escape his main focus as much as he felt comfortable doing (Nicky was never big on complete breaks from motorcycles). We’d regularly get celebrities in the MotoGP garages, but Nicky particularly enjoyed when guys like Marcel Kittel and Richie Porte would come by. It’s obviously tragic that cycling is what cost Nicky his life, but I love the way the pedal community embraced him, when he was living and even more now.” Chris Jonnum, (former) Ducati MotoGP press officer.

THE RIDE FOR NICKY