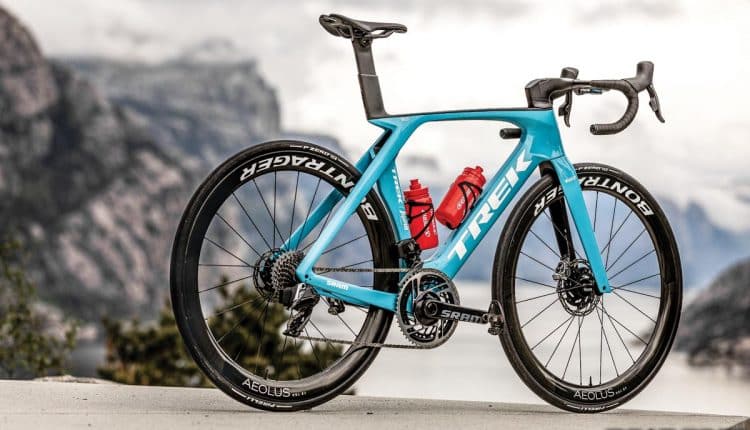 It’s a funny thing how some random, little-known, and relatively short French mountain road can be thrusted into cycling history as much as the Col de la Madone has been. The story is well-told. Though the road had been there for years, it wasn’t until Lance Armstrong discovered it and convinced Trek to name his new bike in its honor, as it was his own personal training ride that proved he was in winning shape for the 2003 Tour de France.

Of course, despite what the record books say, the Trek Madone enjoyed repeated wins in the Tour de France, and in the years since riders like Lance and George Hincapie raced the bike, the Madone has carried on its winning ways under a variety of guises and great riders.

For the 2022 Tour de France, Trek unveiled what is likely its most radical version of the Madone ever. Gone is the IsoSpeed suspension and the blocky, Transformer-like frame shape of old with something called IsoFlow, which brings a wild-looking aero development to the frame.

To start, what we have here is a roll-out of a new bike having never ridden one, nor seen one up close. Unlike days of old when a big bike brand (like Trek) would launch a new bike by either hosting an official riding camp or at least sending journos bikes to ride at home, Trek’s launch of the Madone Gen 7 consisted of an initial Zoom meeting followed by a photo drop. Welcome to the age of virtual bike launches! So, what we have here is Trek-supplied information and analysis based on that.

AS FOR THE NEW MADONE?

By combining refined Kammtail shaping for the frame tubes with the new SLR handlebar/stem combo, Trek claims a 19-watt energy savings or 60-seconds-per-hour faster than the previous generation (measured at 45 km/h). Trek said that of those 19 watts saved, 9.3 watts come from the bike itself and 9.7 watts are derived from a position change of the rider thanks to the new handlebar/stem.

There will be six Madone models available ranging in price from $8000 to $13,200, and yes, unfortunately for anyone living in yesteryear, the bikes are dedicated to both electronic drivetrains and disc brakes. In fact, in another tip to modernity, the front derailleur can also be removed for anyone looking for the added aero benefit of running a 1x drivetrain. 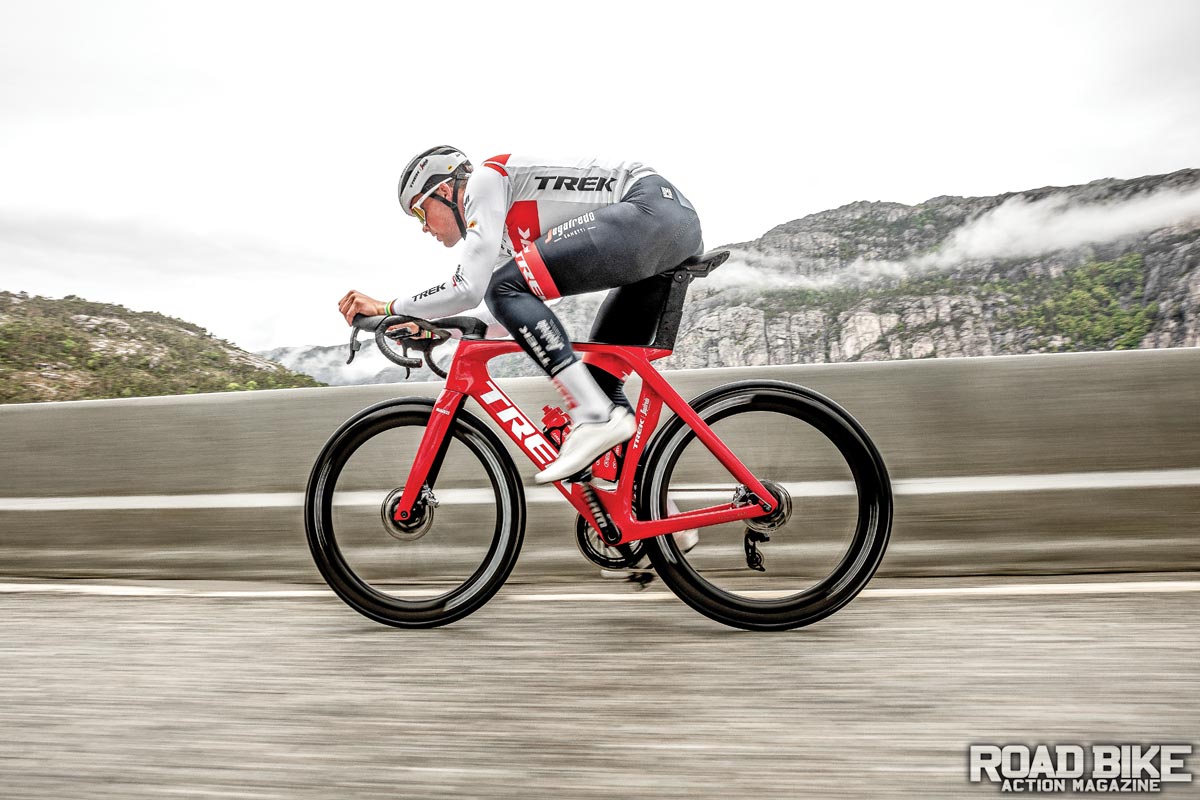 Trek claims that between the frame redesign and the new one-piece handlebar/stem combo that the overall package has shed some 300 grams. The frames, we’re told, weigh “just shy of 1000 grams.” The frames have room for 28mm tires which isn’t saying much given the wider industry embrace of road frames with tire clearance for up to 35mm rubber.

Beyond the frame, Trek was also touting the new aero SLR handlebar/stem, which combines a 3cm flare and shorter 80mm reach to mimic the current pro-level trend of running a narrower width for improved aerodynamics. True as that may be, we would add a note of caution here: With the new shape, a 42cm-wide handlebar will now be a 42cm in the drops and 39cm in the hoods, which Trek claims reduces rider drag to allow for powerful sprints. While that’s all well and good for riders who regularly rely on powerful sprints, given that any rider’s chosen ergos are entirely subjective, the flared shape might be worth considering.

Over the years we have consistently seen a wide variety of bicycle frames seeking to reinterpret the classic double-triangle frame design of old. There is no taking away that just visually alone, the IsoFlow frame design is one of the most radical interpretations of what a modern, pro-level frame should look like.

According to Trek, the IsoFlow frame design is a “first-of-its-kind seat-tube technology that flexes over bumps for a smoother ride, improves aerodynamics and shaves weight to save precious seconds in the saddle.” Putting aside the “first-of-its -kind” claim for the moment, the concept and supposed ride-quality features of the cantilevered seat-post remain intriguing.

In discussing the level of compliance with the IsoFlow design, a Trek engineer did admit that with IsoFlow “We do take out a little bit of the comfort” when compared to the mechanical compliance (or “comfort”) provided by the now-abandoned IsoSpeed system. In comparing new versus old, Trek said that the Gen 7’s ride is comparable to the compliance offered by the IsoSpeed in its firmest setting.

Although Trek wasn’t saying anything about test-bike availability, they did say that bike should be arriving at dealers by the time you’re reading this. And, it was within days of the bike dropping at the start of the Tour de France that Trek-Segafredo rider Mads Pedersen used his Madone to win Stage 13. ν

• Six models to choose from

PINARELLO BORROWS FROM THE ROAD TO MAKE GRAVEL GO FAST