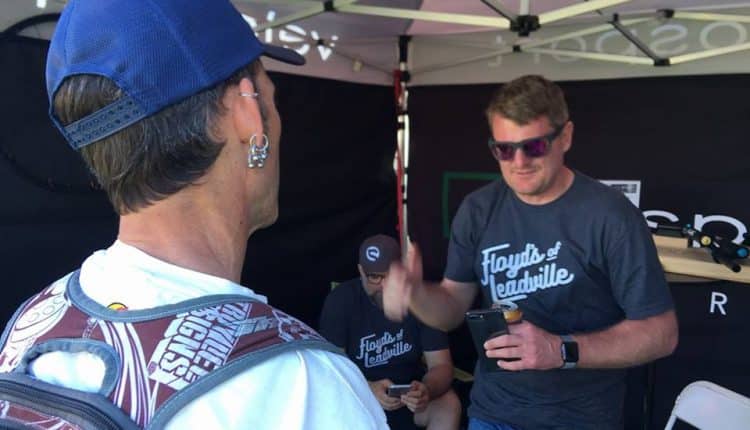 As fabulously wonderful as the Tour de France is, there’s actually more to its greatness than just the race itself. I remain fascinated about how a three-week race in France can have such a direct effect on SoCal group rides. No different than the annual gathering of swallows returning to San Juan Capistrano each year, so, too, do the local rides heat up every July. Coincidence? I don’t think not.

At least with the Saturday-morning Montrose ride that starts well after the race coverage has begun (and frequently finished), most riders arrive seemingly fueled up after watching the breakaway exploits of Wout van Aert and the explosive climbing of Tadej Pogacar. As we sit in the Trader Joe’s parking lot waiting for the ride to start, “Did you see when…” seems to be the standard precursor to most conversations as one rider after another recounts their favorite on-screen moment.

And then the time comes to click-in and roll. Thankfully, things remain calm as they normally do for the first mile until we take the left turn onto Huntington Ave. It’s at that point when everyone’s noses point down and the air is filled with the cacophony of downshifts reverberating through all the carbon wheels. In short, it’s on! As early into the 45-mile ride as it is, if the group gets the next few green lights, this is where anyone lacking fitness will immediately get flicked. I’ve lost track how many times I’d be looking up hoping to get a red light only to be forced to maintain speed following the pack through a yellow. Ouch!

“Let’s all be as fast and fit as we can. But, let’s also remember to be friendly and recognize that not every moment on the bike is about beating one another.”

There’s no television coverage or throngs of spectators cheering us on. We’re all just a bunch of two-wheeled local maniacs filled with our own visions of speed and fitness. We’re not in France but inspired thus so by the pro riders participating in La Grand Boucle. There’s an obvious trickle down of their passion, dedication and effort into the minds and legs of so many Johnny nobodies. Vive le Tour!

AND THEN THERE’S THIS GUY
Of course, as much as I celebrate the Tour-inspired mindset, there is also another competitive side that is not so fun. And, knowing SoCal riders being SoCal riders, maybe this once incident had nothing to do with the race. The moment came during a mid-week ride when I was coasting down a shallow descent when some guy in a murdered-out ensemble rode by close enough to make me jump. As he rode by, he didn’t bother to wave, nod or even speak a word. Of course, it’s SoCal. About a mile later, when I attempted to veer into the left-turn lane as he did, my egress was thwarted by a line of cars not turning left. To best maintain my forward progress, I decided to ride around the non-turning cars and poke out near the front of the left-turning traffic—and, as it turned out, a few cars ahead of my friend.

As I made the left on Orange Grove (where the Rose Bowl floats line up each year), there’s a gentle climb that I love powering up. Thanks to my head start, I made it over before he did, but this time when he rode past me, he suddenly found the gumption to speak: “You know, you cut to the front ahead of me.” Really?! Not “Hey, how are you doing?” or “Nice day for a ride” or—gasp!—“That was a cool move you made around the traffic.”

The moral of the story? Let’s all be as fast and fit as we can. But, let’s also remember to be friendly and recognize that not every moment on the bike is about beating one another. Vive le Tour!

FLOYD’S GIFT
Unfortunately, after attending the Tour a dozen times over the years, I haven’t chased the race in a few years. But, thankfully, the memories of those July festivities still flourish in my mind—shooting photos dockside in Monaco during the 2009 time trial, all the seedy hotels, arguing with the gendarmes for parking access, standing in a sea of orange insanity in ’99 at Dutch Corner on the Alpe d’Huez, sitting on the Champs for the 100th Tour parade, and so many more.

One of my best came on July 7th in 2004 when the Lance-led Postal team swept the Cambrai-to-Arras team time trial in dominating fashion. As memorable as the race was, as well as the raucous Mexican food dinner with U.S. journos afterwards, what I most remember was standing outside the U.S. postal team bus when the winning riders returned from the awards ceremony. It was then that Floyd Landis handed me the stuffed lion doll he had just been given. I was touched by the gesture, which I think was based on all the years I spent covering his exploits on the mountain bike circuit back in the ’90s.

When I got home, I realized the stuffed doll was not really my style, so I gifted it to Trek president John Burke after learning that, despite all the winnings that Trek had done in the Tour, the guy who owned the winning bike brand had yet to be a recipient of one of those dolls. I hope that lion is still sitting somewhere on a shelf with a good view of Lake Monona. Vive le Tour!