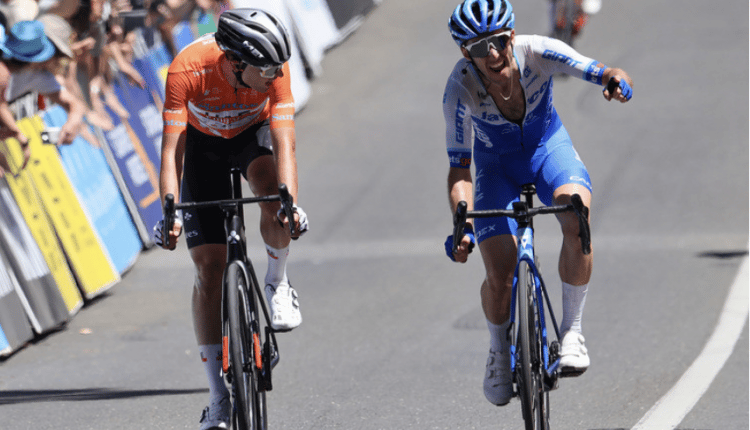 Australia’s Jay Vine claimed his first World Tour victory in the Tour Down Under on Sunday, with Britain’s Simon Yates winning a thrilling uphill battle to take the race’s final stage. Yates (Team Jayco-AlUla) gave one final lung-busting effort to overtake Vine at the Mount Lofty finish for his first-ever victory in Australia, denying Vine from winning a stage at this year’s TDU. Vine (UAE Team Emirates) capped an outstanding week after keeping close to his only serious rival for the ochre leader’s jersey in the hard slog up to the finish, sealing his win in the final general classification. Vine won the World Tour TDU at his first attempt and continued his rise to prominence in world professional cycling after winning two stages at the Vuelta a Espana last year.

“And the way we drove that was first-class, the team were incredible with their support all week, and I am so happy to be able to finish it off today. It’s so satisfying.”

Vine described a “hectic” race, where the team “had to be on our toes all day”.

Yates, the 2018 Vuelta a Espana winner, rolled the dice with 1.7km to go, and Ben O’Connor (AG2R Citroen Team) and Vine tacked on the end of the three-man breakaway in the dash to the finish. Yates was forced to do all the work with one kilometre left and made another concerted effort to get away before Vine set sail for the stage win, only to be collared near the line by the dogged Englishman. Yates said his team had come to the race “with a lot of ambition”.

“We didn’t walk away with the overall, but we can be really happy with the stage.

“Second overall was the best I could do, today was our last chance and we took it… Jay Vine is a massive talent and I’m sure that won’t be the last we see of him.”

Yates pulled back four seconds on Vine in the final stage to finish 11 seconds behind overall, with Spain’s Pello Bilbao (Bahrain Victorious) third on 27 seconds. American Magnus Sheffield (Ineos Grenadiers) finished in the lead bunch to secure fourth overall, 57 seconds down, and came away from a consistent week as the winner of the Young Rider’s jersey classification.

TOUR DOWN UNDER STAGE 5 RESULTS